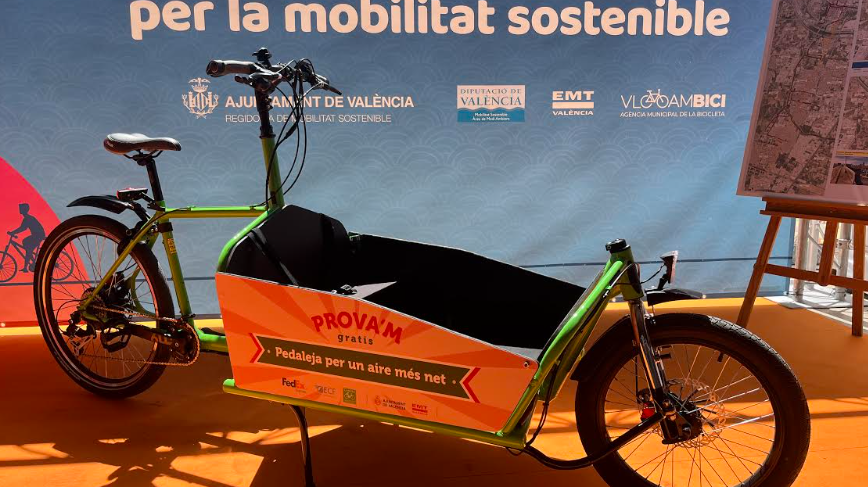 Is cycling safe on our streets? The Global Plan for the Decade of Action for Road Safety 2021-2030 recommends a shift to healthier and cleaner modes of transport, especially walking, cycling and public transit. As the world takes up safety and environmental sustainability, cycling becomes a great transport choice for many road users. This calls for an urgent focus on infrastructural development to make the conditions safer for cyclists.

Cargo bikes are gaining popularity in many countries as an environmentally-friendly alternative solution for daily family activities like shopping, work and taking children to school.

Last month, as a result of the Alliance’s Safer Cycling Advocate Program (SCAP), in collaboration with the European Cycling Federation (ECF) and sponsored by FedEx Express Europe, a small fleet of electric cargo bikes for shared use were launched under a pilot scheme in Valencia, Spain. The aim of the scheme is to enable members of the community to try out cargo bikes for free with the aim of encouraging more people to shift away from car use and improve mobility for all around the city. Having identified Valencia as a suitably bicycle-friendly city, community advocates, who received training under the SCAP program and using knowledge from the SCAP guide, worked alongside the city authorities in Valencia to influence policies that would make cycling a safe option in the city and successfully launch the cargo bike pilot project.

SCAP demonstrates the value of communities and city authorities working together. The community advocates carried out several workshops with the city authorities to analyze the procurement process for the cargo bikes, storage, maintenance, and locations where people would access them. The initiative was launched at Bicifest2022, a local bicycle festival. It is hoped that the project will encourage the population to consider more sustainable means of transport.

SCAP was first launched in 2019. It is a comprehensive program designed to disseminate best practices from the Netherlands and Denmark, two countries with strong cycling cultures, to cycling campaigners in other European countries, helping to put in place the environment and culture needed to make cycling a safe and viable choice of transport for road users. NGOs and other cycling advocates took part in training that enabled them to build the case with their authorities for policy development and enforcement and investment in road infrastructure changes that would build up both the safety and perceived safety of cycling.

The program was first introduced in Bosnia and Herzegovina, Croatia, and Slovenia; equipping NGOs and activists to identify the barriers that stop people from cycling in those cities and develop targeted action plans to address them. Following the successful pilot, the program was expanded to Italy, Spain, and Poland, with the additional element of cargo bikes as a safe and sustainable mode of transport.

The aim of SCAP is to improve the safety of the growing number of cyclists on our streets. Find the best practice guide HERE which is freely available to anyone seeking to improve cycling safety in their city, wherever they are based. Find also a series of animations produced for the program HERE.