Round the World Roundtable: Safer Roads for all in Bangladesh 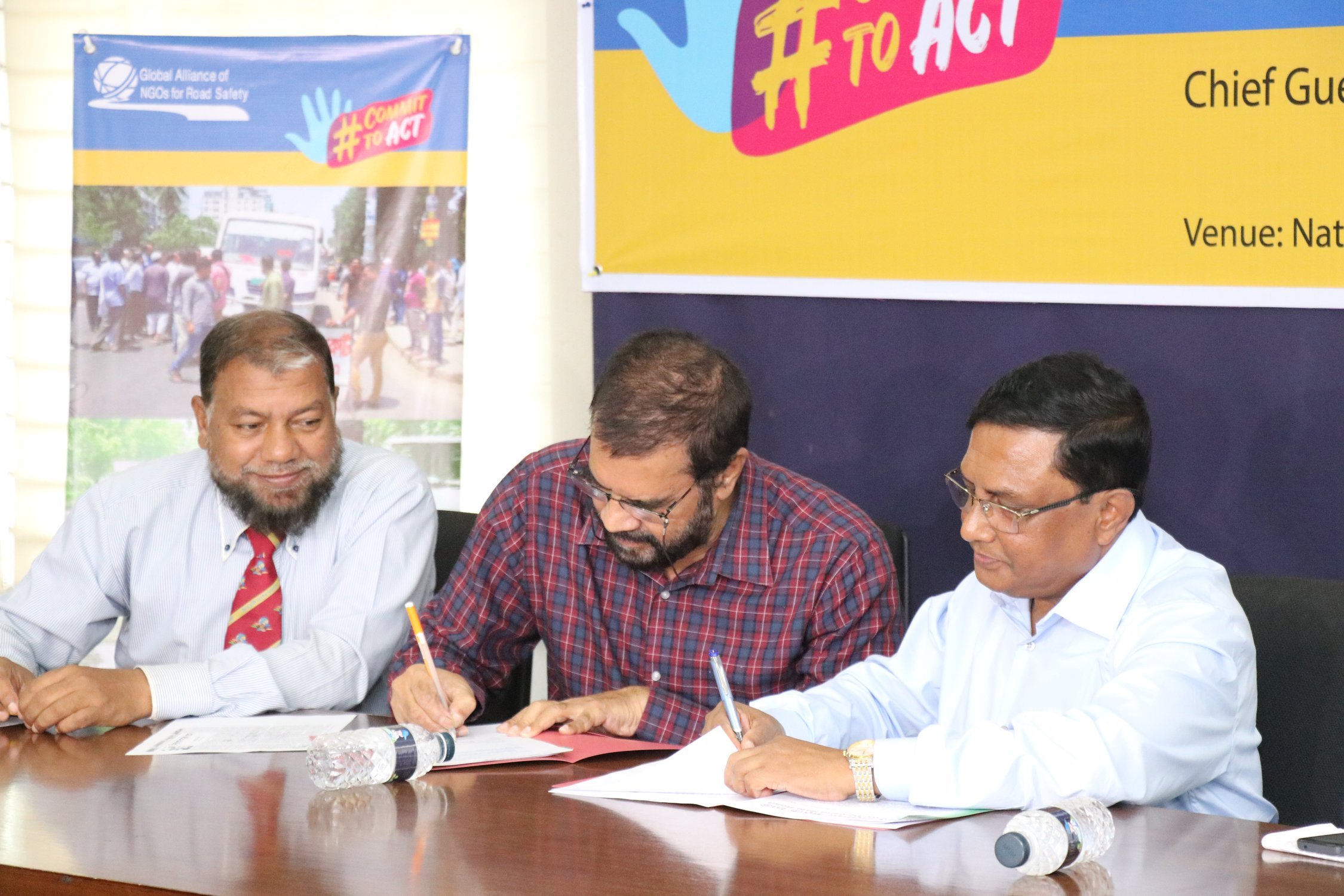 On Sunday 27 October 2019, Nirapad Sarak Chai (We Demand Safe Road) hosted a Round the World Roundtable in Dhaka, Bangladesh.

Last year in Dhaka, an unlicensed bus driver was speeding in a race against another bus and drove into a bus stop, killing two high school students and injuring 12 others. The tragic incident sparked a series of passionate student protests advocating for safer roads and stricter traffic laws. The demonstrations rapidly spread throughout Bangladesh and led to the new Road Transport Act, which was passed in September 2018.

To support implementation of the Act, Nirapad Sarak Chai held a Round the World Roundtable, hosted by Ilias Kanchen, Chairman of the NGO and a well-known Bangladeshi campaigner and actor. At the roundtable, Nazrul Islam, Secretary of Road Transport and Highway Division on behalf of the Ministry of Road Transport and Bridges, signed a commitment to eliminate the number of drivers without licences and drivers with fake licences by 2025.

By 2025, 500,000 existing drivers will have their driving licences properly classified, and zero tolerance will be shown if any person breaks any associated laws. Additionally, Nirapad Sarak Chai is partnering with five other organizations, including the Bangladesh Army, as well as the government, to provide training to 400,000 drivers in order to reduce the number of road traffic crashes and ensure greater road safety for all.

In addition to the commitment, the following rules apply under the new Road Transport Act, which was implemented from 1 November 2019:

During his speech at the roundtable event, Nazrul Islam stated that implementation of the Act will not be possible unless citizens also commit to abiding by it, as laws cannot be enforced with police action alone.