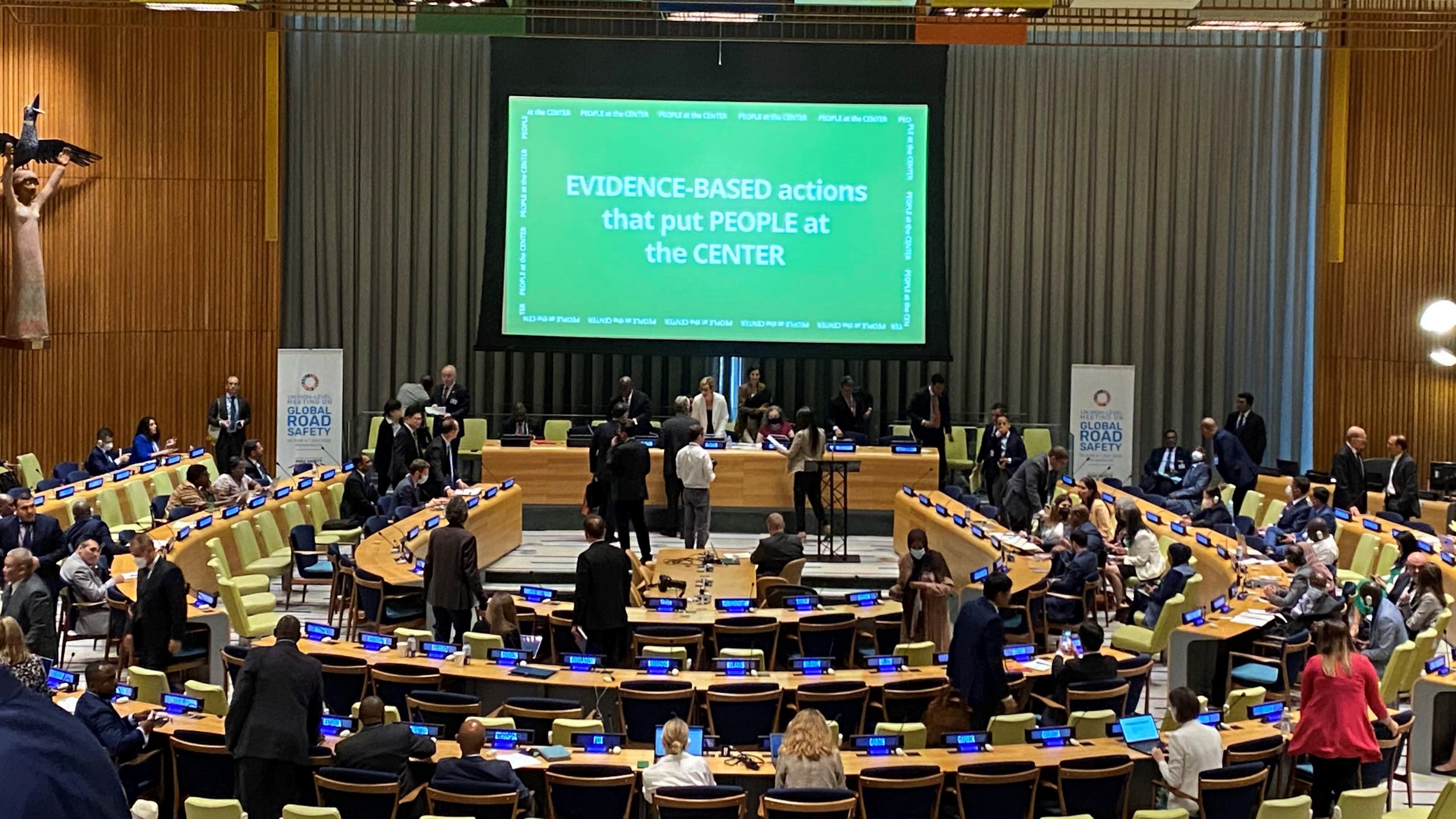 The Global Alliance of NGOs for Road Safety (the Alliance) has scrutinized the Member State plenary statements and the Political Declaration A/RES/76/294 against the call to action drafted by NGOs earlier this year.

While not mentioning a road safety strategy or government funding in their statement does not necessarily mean these are not in place, what is said and not said at such a highly political event is a barometer for political will and priorities. Governments cannot talk the talk about evidence-based action, without walking the walk by assigning funds toward those actions.

The High-level Meeting was the first ever UN General Assembly high-level meeting for road safety and follows the launch in 2021 of the Global Plan for the Decade of Action for Road Safety 2021–2030 (Global Plan). As such, the road safety NGO community has looked forward to the High-Level Meeting with the expectation that it could be a catalytic moment for real leadership, clear allocation of resources and commitment to implement effective interventions to reduce road deaths and injuries by 50% by 2030. We fear that without stronger demonstration by Member States that they are putting the resources into implementing effective interventions, we will not achieve the 2030 target.

NGOs’ have a role, defined in the Global Plan, to hold their governments accountable. The Alliance’s analysis supports this role. Alongside NGO preparatory activities, an NGO checklist was developed, reflecting our call to action, and what was mentioned and what was not mentioned in the 73 statements was systematically recorded. The Alliance also assessed the Political Declaration, A/RES/76/294 with respect to key indicators, by comparing them with the Stockholm Declaration and UN Resolution A/RES/74/299, which declared the Decade of Action. In particular, we examined specific action words which indicate the strength of the commitment and how specific those commitments are. Find our full analysis on the statements HERE and the Political Declaration HERE.

Resulting from the High-level Meeting, we call on our governments to:

To ensure that these priorities are met, we call for:

With now 3,091 days to reduce road deaths and injuries by 50% by 2030, the window to achieve the target will narrow. Now is the time to act.

Lotte Brondum, the Alliance’s Executive Director, said “Our analysis shows glimpses of progress but concerning omissions with regard to how implementation of the Decade of Action will be achieved, including, significantly, how it will be funded. We have three opportunities mandated in the Political Declaration: in 2023, 2025, and 2026, to benchmark our progress and keep on track to achieve the 2030 target. Between now and then, we need to see serious action and NGOs are watching what their governments do.”

[1] Two other statements were made, but these were not governmental bodies.