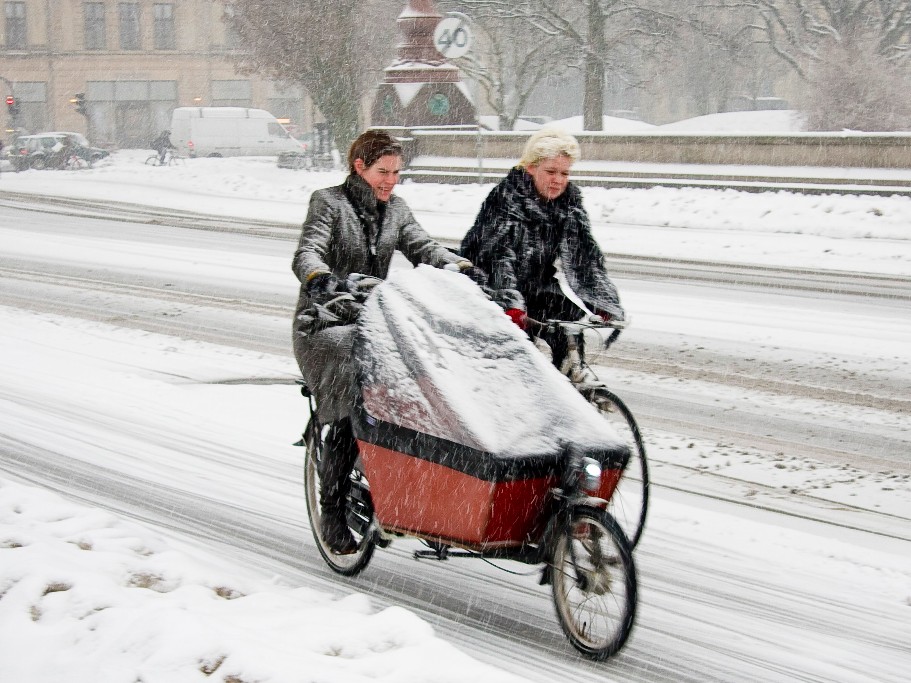 In 2009, the government of Denmark allocated 1 billion DKK, or approximately 145 million USD, towards a “Cycling Fund” which would improve bicycling conditions across the country and make it a safe and convenient means of transport. Why such a emphasis on bicycling? Because the bicycle is an environmentally-friendly, low-cost, and healthy means of transport with the potential to solve traffic issues like congestion, noise, and pollution. With the correct planning, infrastructure, and policies, widespread use of the bicycle can also improve road safety. Through the Cycling Fund, the Danish government is working to make the bicycle the preferred means of transport amongst citizens of all ages.

One pilot project conducted under the Cycling Fund was to integrate the topic and usage of bicycles in several municipal elementary schools. As part of the pilot project, cycling was integrated to some degree in all training materials and curricula so that it was present in every day teaching. Students were engaged on topics such as “bicycle building & design, cycling & food, and cycling & exercise.” According to the Cycle Fund 2014 status report, an evaluation of the project at the pilot schools showed that the number of students cycling to and from school went up following the project.

The report also documents several case study cities in Denmark which have deemed themselves “cycling cities” due to the thorough integration of cycling-friendly infrastructure throughout the cities. Between 2009 and 2014, the Cycling Fund provided subsidies for 40 cycling city projects in 22 municipalities across the country. People living in greater Copenhagen, the capital, now benefit from the the country’s first “Cycle Super Highway ,” which provides a safe and direct cycling path from central Copenhagen to the surrounding suburbs. The path features amenities including air pumps, which encourage commuters with longer distances to use the bike to work and amenities such as air-pumps, timed traffic lights, and safe crossings to encourage commuters to cycle to work.

Denmark’s enthusiasm for cycling is catching on in other countries as well. Read about the Danish Cycling Games  which are gaining popularity in Columbia and elsewhere in South America.