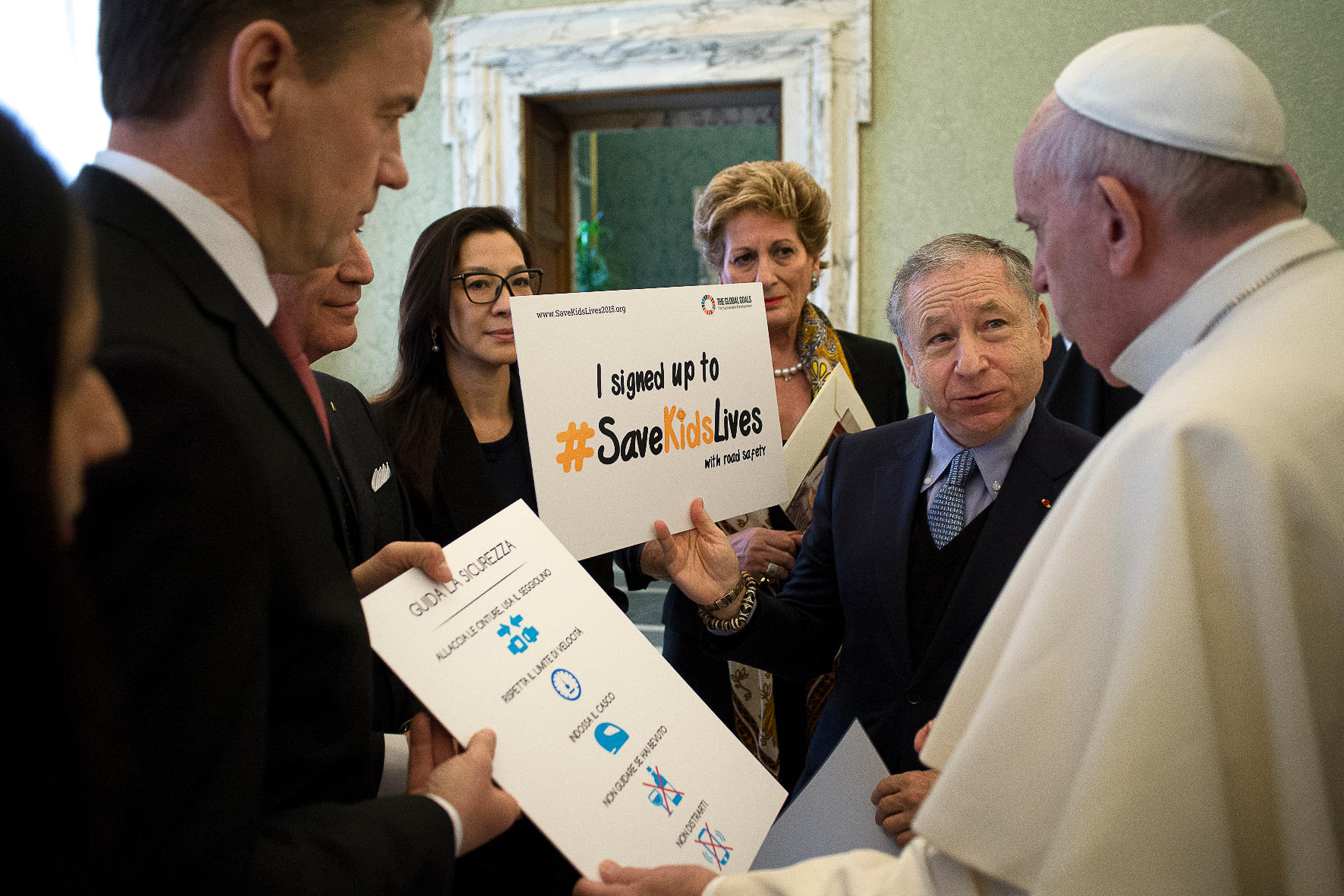 Jean Todt and Christian Friis Bach outlined today’s road safety challenge and the need for governments and communities to prioritise road safety, beginning with implementing the UN Road Safety Conventions and putting in place effective traffic regulations. They presented to Pope Francis, a film directed by Luc Besson entitled “Save Kids Lives” in support of the #SaveKidsLives campaign, which draws attention to the 500 children killed every day on the world’s roads and encourages the public to sign the Child Declaration on Road Safety. His Holiness Pope Francis showed great interest in the cause and signed in support of the campaign.

Mr. Todt and Mr. Bach were interviewed by local news agencies during which they shared the importance of bringing attention to road traffic injuries and the role that His Holiness Pope Francis could have in raising attention on the issue, as one of the most influential public figure in the world. Here is a link to the video with highlights of the meeting: http://www.romereports.com/2016/01/14/pope-francis-meets-jean-todt-and-other-auto-safety-officials-at-the-vatican

The UN Special Envoy for Road Safety and UNECE will follow up with the His Holiness by highlighting the key road safety messages discussed during the meeting and urge the Vatican to ratify key UN road safety conventions as a sign of support for the cause. The Vatican has signed the 1968 Vienna Conventions on Road Traffic but not yet ratified.