#CommitToAct: Maintaining Commitments Through an Election 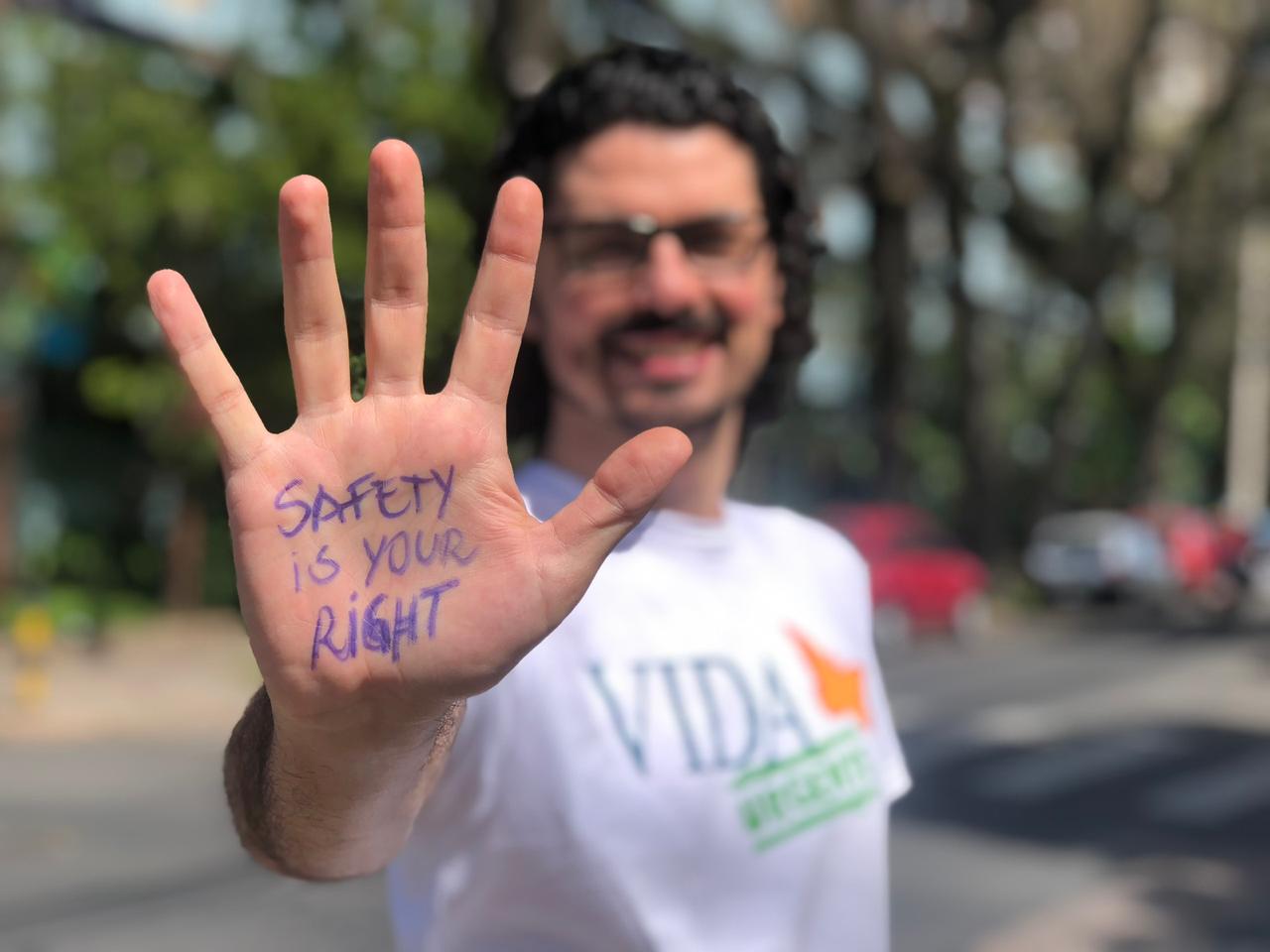 Last year, as part of the first phase of #CommitToAct, Thiago Gonzaga Foundation held a Round the World Roundtable that resulted in a commitment and an agreement between the NGO, the municipality in Porto Alegre, and the International Road Assessment Programme (iRAP) for the Safe Path project to assess school zones in the city using the Star Rating for Schools app and implement the changes needed to achieve internationally recognized standards.

Although the activity was delayed due to COVID-19, support for the commitment was strong with the city mayor. However, mayoral elections are looming in November. Completion of the Safe Path commitment relies directly on the partnership with city hall.

Thiago Gonzaga Foundation’s #CommitToAct activities this year are focused on the upcoming elections and combines with the NGO’s youth campaign “Voting for Life,” which encourages young people to participate in the democratic process and to push for road safety and mobility policy and action. Brenda Parmeggiani, Communications and International Relations at the Thiago Gonzaga Foundation says, “Since we knew the #CommitToAct campaign was about to start, we are using it as an argument, a plea with the candidates.” The NGO is systematically targeting each of the mayoral candidates to ensure their commitment for both the Safe Path project and safe roads as a whole.

Thiago Gonzaga Foundation is holding a series of online meetings with each of the mayoral candidates and youth participants. “The students and our volunteers ask their questions, and, in the final round, we ask the candidates to commit to act for safer roads if they are elected (and even if they are not, of course),” says Eduardo Bohn, Public Policies and International Relations. “Moreover, we ask the candidates to commit to keep the Safe Path project. We have already talked to seven candidates, and we have at least three to go. So far, all of them have committed to keep the Safe Path project.”

“Our youth and the whole society need politicians committed to the next generations, to act in defense of life, and not only to the next elections,” sums up Diza Gonzaga, Founder and Volunteer President of Thiago Gonzaga Foundation.

Thiago Gonzaga Foundation’s campaign exhibits several of the ways that NGOs can use #CommitToAct. It follows up on an existing commitment on the Commitment Tracker and pushes to maintain accountability and action. It also includes another key element: partnerships. In this case, the NGO is combining youth participation with road safety and mobility, to strengthen the case for governments to take demands seriously.