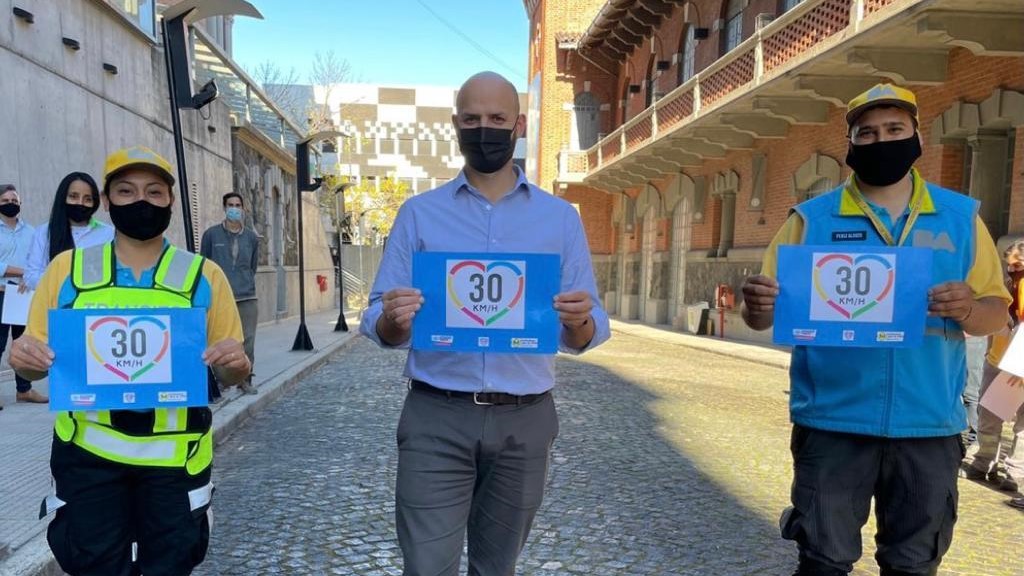 In Argentina, a coalition of two Alliance members, Asociación Madres Del Dolor and Luchemos Por La Vida, has engaged the interest of 29 cities and municipalities, convincing them of the value of implementing cycle lanes and 30 km/h limits. So far, nine of them have made specific commitments and five have already implemented them. Now, it has its sights on a national law to limit speeds to 30 km/h. The coalition’s initial objective was to achieve commitments in two cities, San Isidro and Buenos, Aires and the project has therefore significantly exceeded the initial advocacy goals.

Asociación Madres Del Dolor and Luchemos Por La Vida’s coalition is part of the first cohort of the Alliance Incubator program with their project called Safe cyclists in the pacified transit system, which promotes actions for the safety of cyclists, such as the construction of bicycle lanes and the reduction of speed limits to 30 km/h. The Alliance Incubator program supports NGOs’ growth and delivers effective and efficient road safety interventions to contribute to halving the number of road deaths and serious injuries by 2030.

To support its goal of safer cycling, the coalition started advocating with local mayors and municipalities for better infrastructure and lower speed limits. Its advocacy efforts were aided by the UN Global Road Safety Week (UNGRSW) theme of 30 km/h limits where people walk, live, and play. This dovetailed extremely well with their goal to make cycling safer. Therefore, during the UNGRSW, the NGOs carried out a mass media and social network campaign together. They also had meetings with national and local authorities such as the director of the National Road Safety Agency, the Mayor of San Isidro, and Buenos Aires’ Transportation Secretary. The campaign had a tremendous impact and more than 50 news articles were published, related to the importance of lower speed in cycling areas, including in major national newspapers.

Viviam Perrone, Asociación Madres Del Dolor, described how the Alliance Incubator has contributed to the success of the project. “The Alliance Incubator program helped us to improve our work and the results of our work,” she said. “Argentina is a big country where there are several NGOs working on road safety. Working as a coalition with other Alliance NGO member, amplified our work. We complemented each other with contacts, reaching media, press and authorities and with organizational capacity. It was wonderful. It multiplied our efforts and our results. Because of the complementary work, we were able to reach authorities and hold meetings in several cities.”

“Moreover,” she continued, “our participation in the training sessions was important because we learnt about statistics, data, and the way to present the issues, which were fundamental to communicate with authorities.”

As a result of the intense dissemination activity of this project all over the country and its two main objectives, 29 cities  became interested in implementing new bicycle lanes and 30 km/h speed limit areas on streets with bicycle lanes and other areas of their cities. Buenos Aires City, Mar del Plata, and Bahia Blanca (Province of Buenos Aires), San Vicente (Province of Misiones) and Catamarca (Province of Catamarca) have already passed ordinances to implement the changes and nine more are in the process of doing so.

The project’s success has drawn other NGOs in. “Other NGOs also joined us, and this allowed us to cover cities and provinces far from where we are,” said Viviam. “For instance, Usuahia legislature is now discussing a new legislation to apply the speed limit of 30 km/h in the city.”

Moreover, participation at a regional meeting between NGOs and legislators from Latin American Parliamentary Road Safety Network, organized by the Alliance, has led to a collaboration with Senator Mario Fiad to draft and put forward new legislation to the Argentine Senate that would set speed limits on urban roads to 30 km/h nationally across Argentina.

Their advocacy has been further bolstered by the launch of the Global Plan for the Decade of Action for Road Safety 2021 – 2030 which prioritizes modal shift to active modes of transport including cycling and specifically recommends 30 km/h limits. The coalition, alongside other Alliance members in Argentina, has ensured that this key document is shared with decision makers through photo opportunities where they have personally handed the Global Plan to the Minister for Transport, Minister of Health and the National Road Safety Agency´ s Director.Viviam said, “As a result of our participation in the Alliance Incubator Program, Buenos Aires was selected to launch the Global Plan Decade of Action for Road Safety 2021-2030.” And she concluded: “Our main success was to spread the message about 30 km/h limits following international recommendations demonstrated in the UN Global Road Safety Week. Road safety authorities and leaders were able to have direct contact with information regarding 30 km limits which, otherwise, they never would have known about or would have taken a long time to. This was possible because of our participation in the Alliance Incubator program that helped us to design materials for social networks and travel to different cities so as to speak directly to local authorities. Now that the contact has been made, we can work on including other road safety improvements.”

The municipality of the city of Rosario in the Province of Santa Fe has joined initiative 30 km/h to reduce the maximum currently allowed speed limit by 10 km/h. Therefore, on the different identified avenues, the speed limit will be lowered from 60 km/h to 50 km/h and on streets from 40 km/h to 30 km/h. In the province of Buenos Aires, the Minister of Transport has presented a bill to reduce the speed limits in the streets of the province from 40 km/h to 30 km/h.

As they continue to add cities that are reducing the speed limit, Madres del Dolor and Luchemos por la Vida are now asking for more enforcement for this new speed limit to be applied.