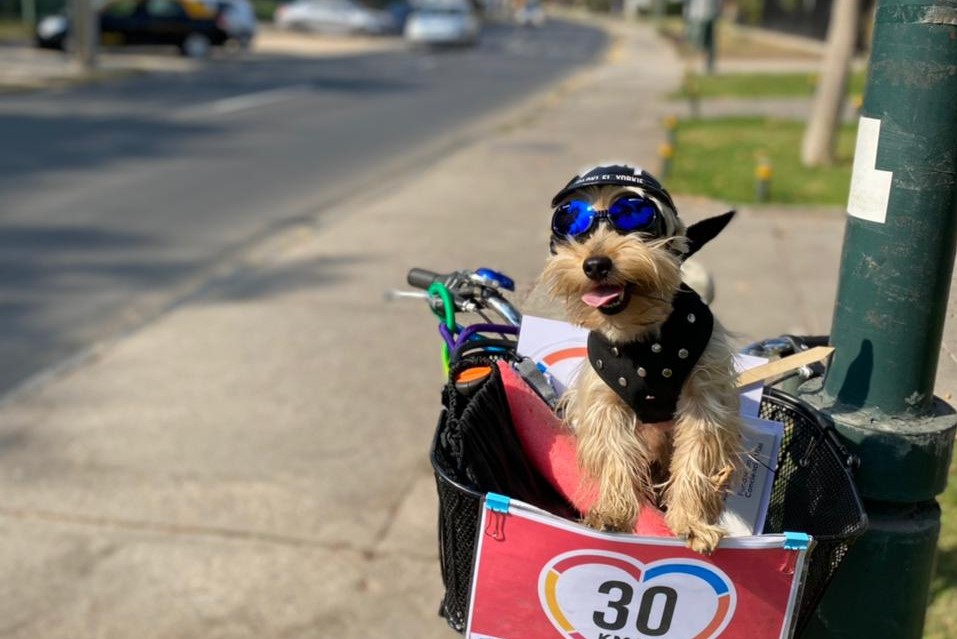 Fundación Conciencia Vial’s original plan for the UN Global Road Safety Week was to develop a 30 km/h pilot zone together with the municipality of Ñuñoa, Chile, to demonstrate the benefits of low-speed streets to the community and other authorities.

However, Ñuñoa’s technical team was so enthusiastic that the project grew from a small pilot area to become a larger-scale project encompassing an important perimeter in a busy residential area around a district park, with a significant budget and high level of support from the municipality.

As a result, the project captured the attention of the Comisión Nacional de Seguridad de Tránsito (CONASET) and the Pan-American Health Organization (PAHO) and demonstrated how these initiatives can be put into practise and thus be promoted in other municipalities.

The project aims to test a ‘real’ 30 km/h zone, complete with structurally modified streets in the Ñuñoa district. It includes speed data collection and consultation with the community before and after the trial. This real-world experiment, combined with a strong evidence base for speed reduction, was enthusiastically received by various departments in the municipality and rapidly gained momentum. Fundación Conciencia Vial gained their backing by presenting statistical data and providing a review of crashes, where speed was a major factor.

The NGO is now working with the municipality’s transit department, and through them, other key departments including community development and communications. CONASET is helping to define the measures to be put in place and assist with regulatory entities for approval.

Most importantly, how does the local community view the proposed scheme? Karina Muñoz Matus of Fundación Conciencia Vial explains, “The 30 km/h zone project has been well received by the residents in the zone. They have expressed great interest in having the problem of high speeds resolved.” She continues, “According to the surveys collected so far, more than 80% of the residents surveyed, consider excess speed to be the main road safety problem in their neighborhoods.”  If further views were needed, Karina goes on to say, “We have received emails from neighbors in nearby areas who have found out about the project, and have asked us to consider extending the perimeter or consider them in future stages of the project.”

In a bid to spark debate, the media are being invited to a press conference during UN Global Road Safety Week, at the entrance of the district park, located in the center of the zone. It will include not only information about the initiative but also feedback from the residents and other road users on their perception of safety and speed problems in the area.

It is expected that this 30 km/h zone trial will deliver huge benefits to the neighborhood. Fundación Conciencia Vial hopes that it will set a great example and build momentum to promote the establishment of more 30 km/h zones using the same methodology. It is also collecting information to evaluate the possibility of advocating for new legislation for full-time 30 km/h zones around schools, where currently 30 km/h is only required at the start and end of the school day.