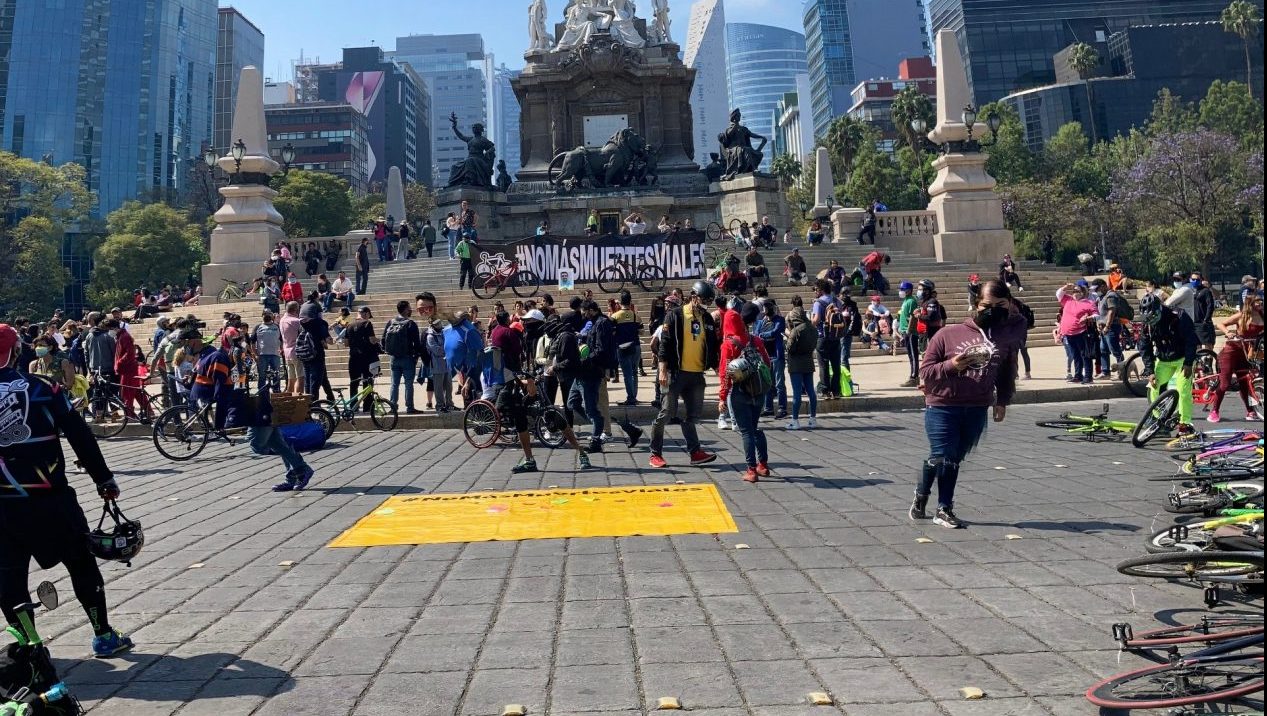 In April, we reported on how NGOs’ advocacy was a significant force in the passing of the new General Law of Mobility and Road Safety of Mexico (General Mobility Law), which is based on the premise that nobody should die as a consequence of a road crash and that everyone has the right to safe mobility. A key element of the NGOs’ success was the creation of a coalition of civil society organizations in Mexico to coordinate advocacy more effectively.

The Coalición de Movilidad Segura (Safe Mobility Coalition), a union of 97 civil society organizations, was created in 2014. Its purpose was to establish a process to design a law that they could present to senators to advocate for safe mobility rights. Over the past eight years, as well as advocating for the General Mobility Law, it has gained public support and influenced a change to the national constitution recognizing the right to safe mobility.

During this time, the coalition has evolved. Previous iterations of the coalition showed the lead members that a horizontal, decentralized organization would attract more organizations and avoid internal challenges between members. “We learned from our past mistakes,” says Areli Carreon, of founding coalition member Bicitekas, A.C. “and took an horizontal, decentralized organizational approach in which people were welcomed to join in whatever capacity the could with no fixed hierarchy roles other than to sign the joint agreement.” It grew the network among NGOs, other civil society organizations, and experts across 32 states in Mexico. “[The coalition] began to show traction and force, and these first small wins brought more people on board,” says Areli. As well as founding members, Reacciona x la Vida and Bicitekas, the Coalition involves several other Alliance members working at city, state, and national levels, including ANASEVI, Jóvenes Salvaguardas, Mexico Previene, Movilidad y Desarrollo México, Refleacciona por la Vida and Víctimas de Violencia Vial AC.

“Our diversity was key to communicate and convince legislators that our proposal is really to save people’s lives – all lives – everywhere in Mexican territory, for everyone’s sake,” says Areli. “Together we became impossible to ignore!”

Within the coalition, a professional approach and internal communication has been key; using regular updates on what was being done and why ensured a clear understanding of the common goal and to build momentum by showing progress. “Everyone understood what was at stake and to see clearly what could be accomplished if we kept this effort going,” says Areli. “Years of previous work with many of the local organizations and legislators has allowed us to know what would work and be interesting and effective.” The communication and advocacy approach taken by the coordinators was to keep things simple and easy to follow: “ready to use” is Areli’s metaphor.

The coalition has benefited from the skills and experience of its members, including their legal backgrounds and political connections. Members of the coalition that prepared and put forward a first draft of the General Mobility Law. Collaboration, says Areli, was key. The Senate organized eight regional forums, where everyone involved in road safety around the country could have their say. “The coalition’s first draft proposal,” says Areli, “was drafted over several years by several people, so that much of the content already had strong consensus to begin with. This draft was then shared with many specialists to add, change, and question its contents.” She continues, “We asked them to not only to say what they didn’t agree with but also what they did. We have tried to involve everyone, to listen to everyone, to create answers for everyone. I consider this to be the seed to our victory. It is the work of technical and legal masterminds within the coalition to find a way to make the law possible.”

Alongside its work drafting the law and advocating with legislators, the coalition mobilized its community networks to to raise awareness for the law and encourage people to stand up for their rights to safe mobility. Coalition members organized walks, memorial rides in memory of road crash victims, a safe crosswalk activation, and presentation of cycling manuals in several cities around the country. Public backing for the law was a strong motivation for legislators to approve it.

Now that the General Mobility Law has been approved, the coalition is working with state governments to harmonize it into their state laws. To support this, it has grown the coalition membership to reach at least one organization in each of the 32 states of Mexico. It is also working toward being able to allocate funds to build the capacity and professionalization of its member organizations at local levels.

The coalition also hopes to evolve into a road safety observatory so that it can help the Mexican governments to monitor and evaluate road data and interventions to increase the effectiveness of death and injuries reduction strategies.

“We share a common goal that unites us more than any of our differences,” says Areli. “Through working together we created a sense of community and learned to know and understand our differences, which are less important than our main goal. We don’t love each other blindly, but respect each other points of view and work. We tried to solve our differences internally, and where differences exist, we respect the freedom of being in disagreement: our effort is to concentrate in whatever we do agree.”

“The challenge to achieve effective social participation never ends: we keep on searching for ways to include everyone. At the end of the day what we do not only aims to make every trip safe for everyone but to create a caring society that allows everyone to enjoy freedom.”

Find out more information about the Safe Mobility Coalition HERE and watch their video HERE.