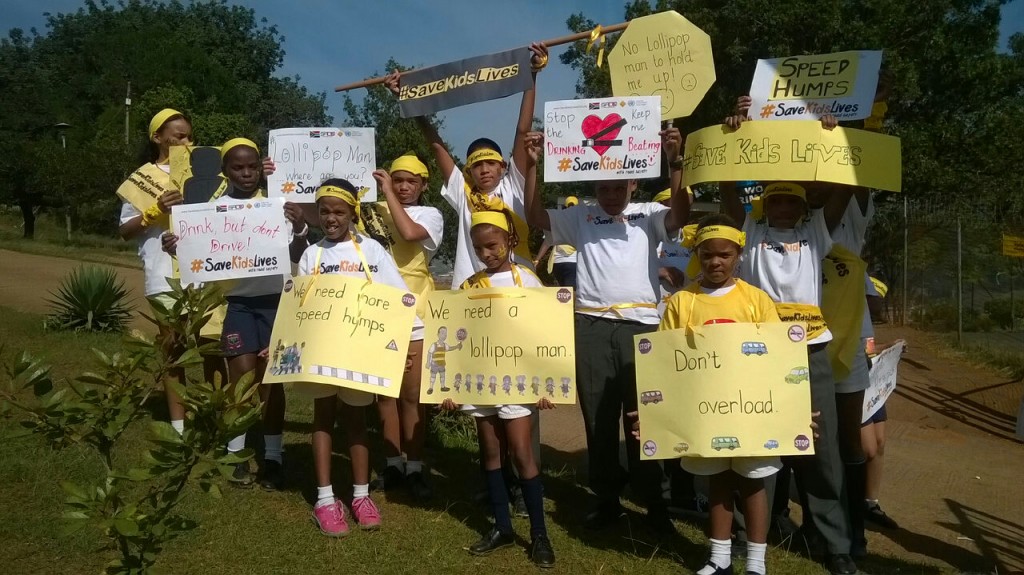 Here’s  few snapshot from around the world:

At the center of the #SaveKidsLives campaign is the Child Declaration, which was delivered to leaders at all levels—local, national, and global—during the week. About 200 schoolchildren from New York City took part in a street dance for the #SaveKidsLives campaign in the global event to hand over the Child Declaration. The Declaration was delivered both globally to UNICEF and locally to New York City leaders. SOURCE with photos: http://www.savekidslives2015.org/#news-savekidslives-flashmob-delivers-child-declaration-in-new-york

Our member in Nepal Swatantrata Abihiyan had  a lot planned for the #SaveKidsLives campaign when the earthquake hit on 25 April. The Alliance was in touch with them immediately and all staff are reported safe. All plans for the Third UN Road Safety Week were postponed and interrupted again this week, when the second quake hit on 12 May. The day before the second quake Swatantrata Abijhiyan held an interaction with Automobile workshops in Hetauda and Dang district, another one on policy and legal issues interaction in Nepalganj, School Vehicle Safety Check in Pokhara. They had planned an oratory competition among children in Butawal, but it had to be cancelled due to the second strong earthquake. The second  earthquake also caused for postponement of Child Reporter project planned to be held in Kathmandu on Wednesday.

Traffic Reforms & Advocacy Xperts, an Alliance member in India, organized an Inter-School Road Safety Debate on 08 May 2015 at Mary Gold Public School, District Gautam Budh Nagar-Noida. Students enthusiastically participated in the event. At the same time, the Noida Traffic Police and Transport Department also participated as stakeholders. The Superintendent of the Traffic Police and the Assistant Regional Transport Officer signed the children’s declaration along with the students. Members of the Parliament (MP) notably supported and signed the #SaveKidsLives campaign. Mr. Kirtivardhan Bhagwat Jha Azad, more popularly known as Kirti Azad, the ruling party MP and a noted cricketer of yesteryears, showed commitment by signing the declaration and assuring support to the cause in the future. Showing similar commitment to the prevention of children from road traffic injuries and deaths, Mr. Ramesh Chandra Kaushik, Member of Parliament from Sonepat Haryana State, also signed the declaration. Mr. Kaushik is also a member of the Standing Committee on Railways.