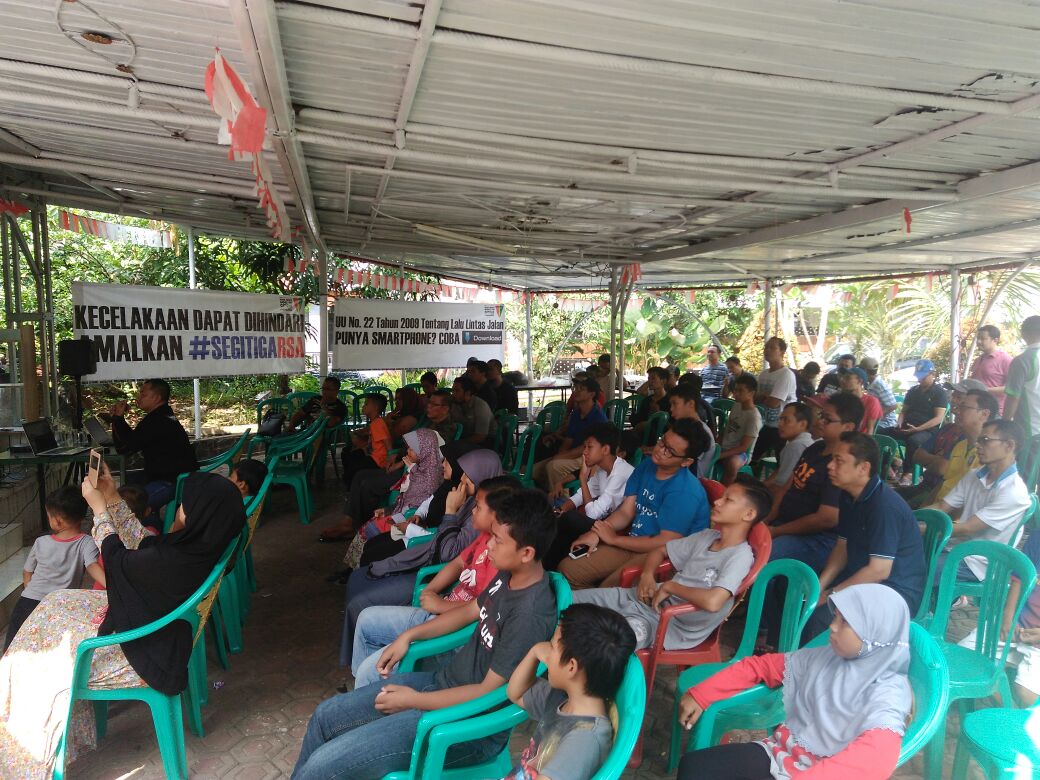 Road Safety Association (RSA), Indonesia, have as their mantra a triangle of concepts corresponding to the initials of their name: Rules, Skills, Attitude. Director, Rio Octaviano, explains why they have chosen these concepts as the focus of their activities in Indonesia: “The government has rules [for road behavior] but people don’t know about them…but once they know about the rules, they don’t change their behavior because it has become their character. They know about the rules and the punishment but they don’t care,” he says. Coupling this with low enforcement of rules and high levels of corruption, the road situation in Indonesia is serious: three people die on the roads every hour.

Rio is particularly passionate about the role that parents have in shaping young people’s attitudes and road behavior. He points to two actions that he believes would make a powerful impact on road safety in Indonesia: “Parents need to set an example for example by wearing a motorcycle helmet. They also need to stop giving underage children vehicles—motorcycles and cars—it’s killing them.”

Recently RSA conducted a pilot project, Road Safety Goes to Citizen, among residents in one complex in Jawa Barat to test the effectiveness of their road safety activities in teaching road safety rules and skills and changing attitudes.

Road Safety Goes to Citizen incorporated road safety banners in prominent places where residents of the complex would see them, followed by a seminar and a Facebook campaign. RSA questioned the residents before and after the interventions and discovered that their knowledge of road safety rules had increased by 21%, knowledge of skills by 5%, and safe attitudes by 6%.

RSA have presented their findings to the Minister of Transport to seek their support to extend this pilot to a wider number of people. RSA are the only registered road safety NGO in Indonesia, and they understand the responsibility that gives them to advocate at government level for improved legislation and enforcement and to be partners on the ground working on driver behavior.