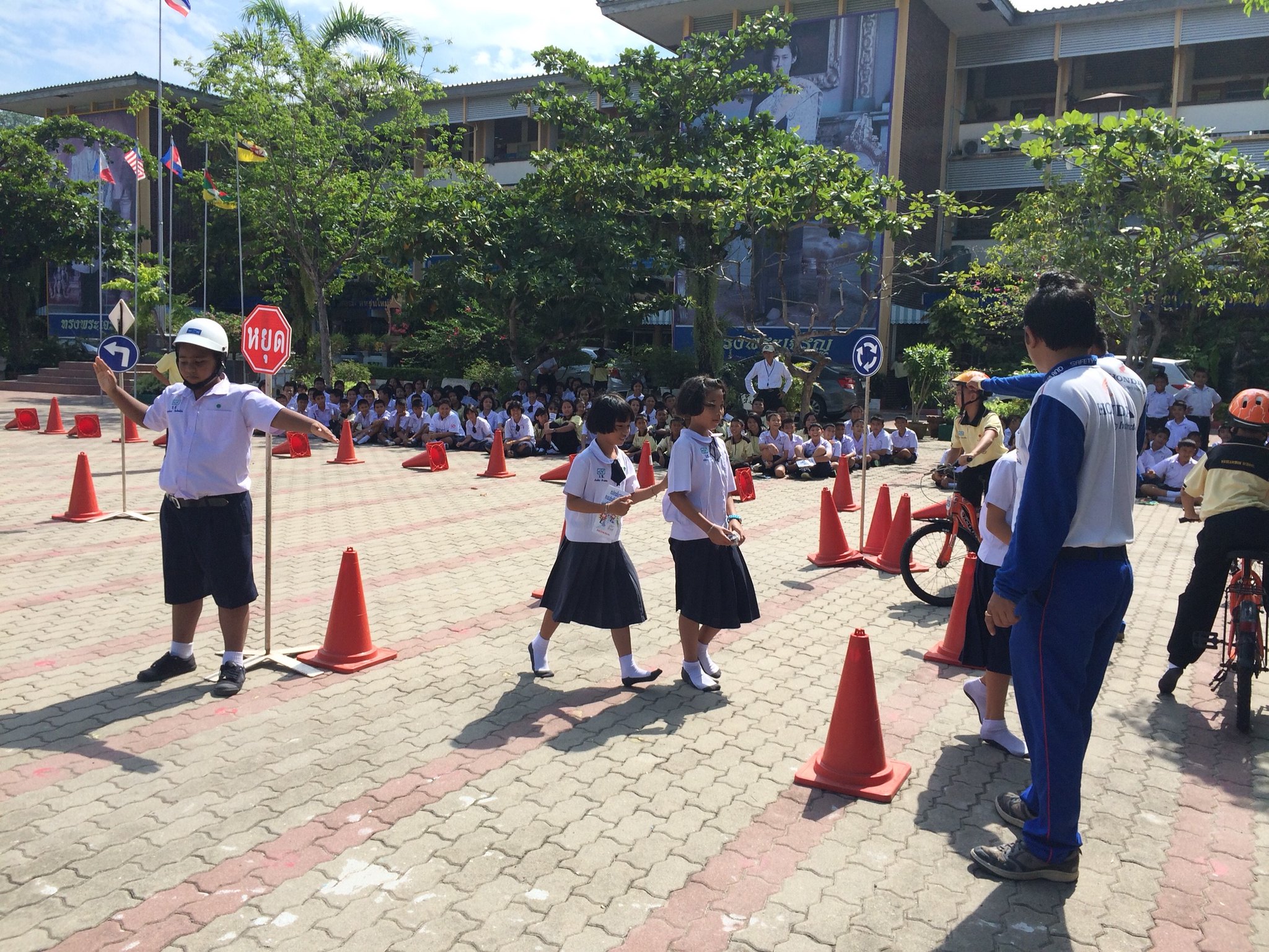 “My main hope, that would accelerate road safety progress in Thailand in 2021 and toward the Decade of Action 2021–2030, would be to continue advocating for the national road safety agency to be established as an independent, standalone agency,” says Ratana Winther, the Chairperson of AIP Foundation in Thailand.

Road safety falls within the remit of the Department for Disaster Prevention and Mitigation (DDPM) in the Ministry of the Interior.  DDPM is the Secretariat of the National Road Safety Directing Centre, composing of a vast and diverse Committee and Sub-committees of stakeholders making it complex and cumbersome.   Most importantly, it is without actual directing authorities in implementing or monitoring. The vision of DDPM as an anchoring road safety organisation is to “be responsible for disaster management that meets international standards to give benefits and safety to the people in a sustainable manner.” While this means that road safety is treated as a serious threat that must be systemically approached, it must compete with so many other disasters, in particular, since the start of the COVID-19 pandemic, it is not always treated as a priority.

AIP Foundation has worked in collaboration with stakeholders in the public, private and NGO sectors for 15 years in Thailand running helmet and road safety education programs with young people as well as policy change advocacy. Despite a focus on improving road safety in the country, around 22,000 people die as a result of road crashes each year; a rate of 32.7 per 100,000 population. It has the highest rate of motorcycle deaths in the region.

Strong momentum was achieved among the Thai delegation that attended the 3rd Global Ministerial Conference on Road Safety in Sweden last year. On their return, an action plan based on the Stockholm Declaration, including targets and indicators, was drawn up and submitted to the National Road Safety Directing Centre via DDPM. Unfortunately, because of the pandemic, the plan was never put into action.

However, says Ratana, “There is a window of opportunity to revive the Stockholm agenda.” Under the National Road Safety Directing Centre’s mandate, a new national plan of action must be drafted to replace the existing action plan which expired in 2020. The plans will be drafted by some of the people that drafted the post-Stockholm plan and therefore should be linked to the new Decade of Action and global plan. Progress, however, on drafting the new five-year action plan for 2021–2026 is thwarted because the 2016–2020 action plan has not yet been evaluated and funding does not exist to do that. Road safety targets are therefore in limbo.

“Part of the problem,” says Ratana, “is that the Road Safety Directing Centre anchored by DDPM doesn’t have sufficient authority . One of our goals is to advocate for an independent agency. This would enable the performance on road safety to be evaluated as a standalone issue. More accountability is needed. We have strong champions for road safety from civil society and private sectors who have been effective in raising funding for programs.  Several of these champions are members of the National Road Safety Directing Centre; however, they are not part of decision making. Ratana talks about the strength of Thailand’s road safety champions: NGOs, parliamentary & WHO funded groups and key characters in the government ministries, and private sector. Through engaging these champions and organisations, AIP Foundation, has seen an opportunity to mobilize a coalition to advocate for an independent road safety agency.  Ratana believes that this will enable Thailand to advance its efforts to effectively decrease the alarming numbers of the road traffic deaths and injuries occurred on the country’s treacherous roads.

Through Global Road Safety Partnership funding from the Total and Michelin Foundations, AIP Foundation Thailand has started to deliver the VIA road safety education program in schools. Through it, they hope, as in other programs implemented, to see increased safe behaviours as road users while walking, bicycling, and motorcycling. AIP Foundation has been so impressed with the VIA approach, it is advocating with the Ministry of Education for it to be included in the national curriculum for all schools. “The goal of getting VIA into the national school curriculum is an ambitious target,” Ratana admits. “The national curriculum is already dense, but I think participatory learning and critical thinking, the main features of VIA, are really exciting and really would benefit the Thai students.”

AIP Foundation has also been working with UPS Foundation, among other corporates, to equip primary and secondary school children with targeted road safety skills and knowledge.  This year the Foundation plans to advocate with the Ministry of Transport for more comprehensive motorcycle driver training required for new driver licencing.   The number of fatalities among young motorcycle drivers has grossly added to the overall number of the country’s motorcycle deaths which is highest in the region .  This due to Thailand not having sufficiently pushed for road safety requirements and knowledge among this group.  It is not uncommon in Thailand for children as young as 11 or 12 to be in sole control of a motorcycle. Therefore, developing youngsters as responsible road users is highly important.