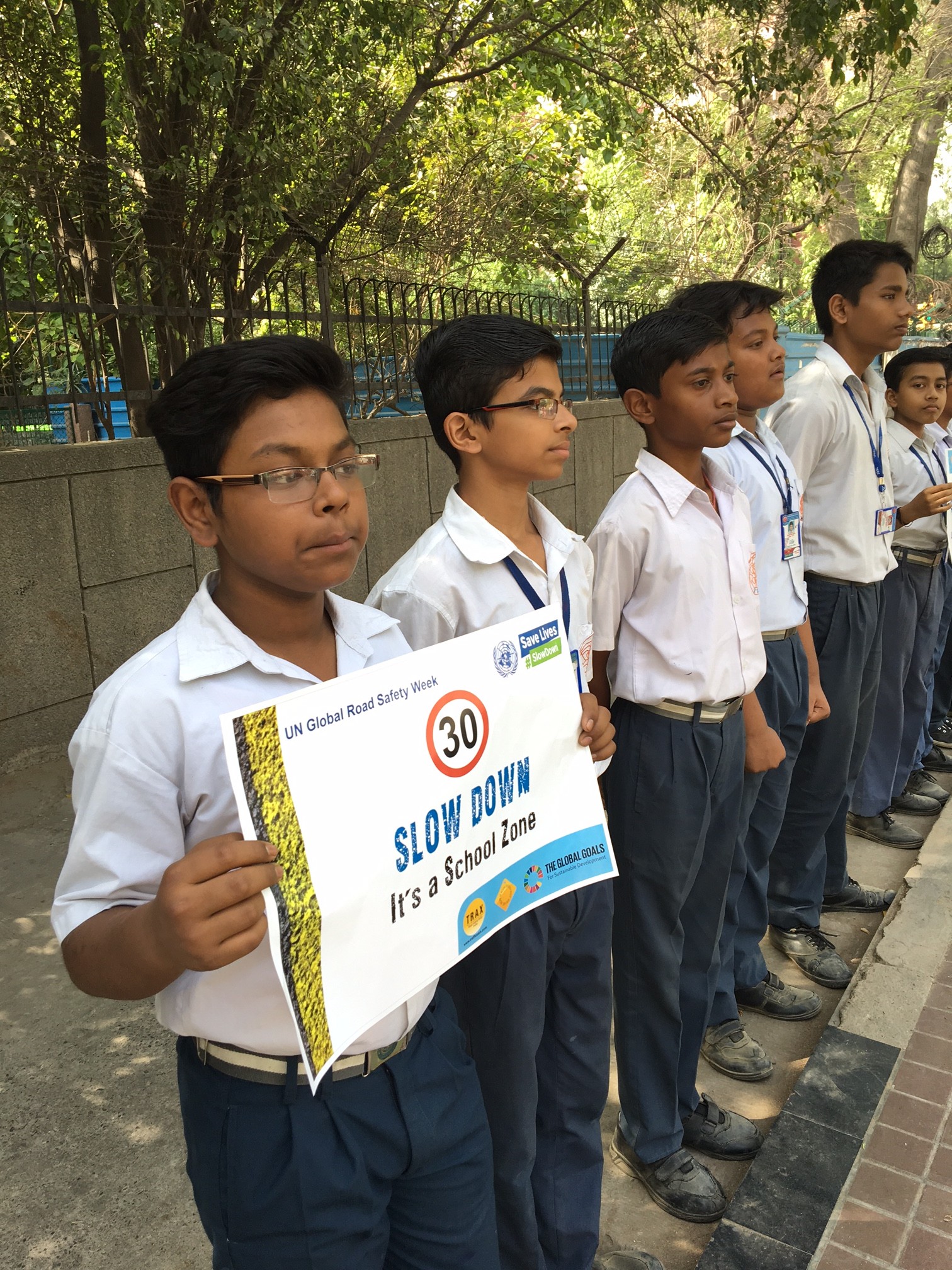 Traffic Zam (TRAX) India’s campaign “It’s a school zone” has focused around implementation of a 30 kilometers per hour speed limit around a stretch of road in Mandir Marg, New Delhi, where seven schools are located.

In preparation for the campaign, TRAX have been conducting surveys of road user behavior and existing infrastructure, and which is being audited by the International Road Federation (IRF). Their main findings were:

TRAX took their findings to the school, asking them to play their part by implementing the following measures:

To draw attention to the campaign, during UN Global Road Safety Week, 250 students formed a human chain around the schools and #SlowDown campaign has received the support of the Minister of State at the Ministry of Road Transport and Highways, and TRAX hopes that this will assist them in pushing through the changes needed. They have already had one success. Since their initial discussions, permanent hoardings have been fixed at the school gates. 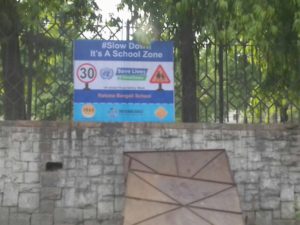 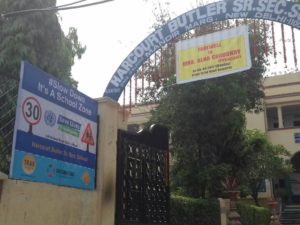 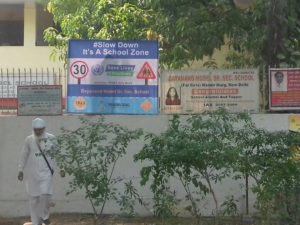 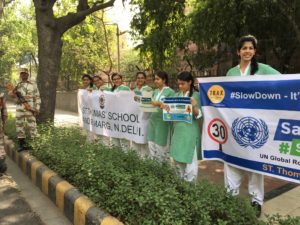 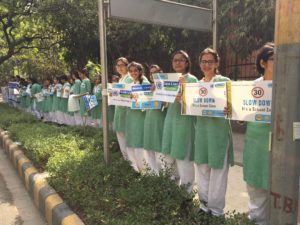 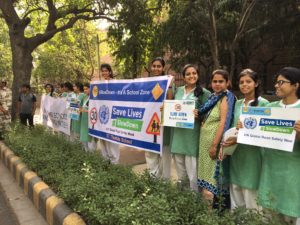 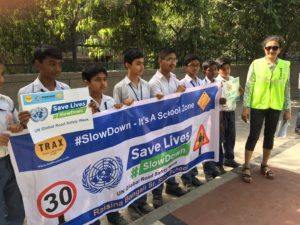 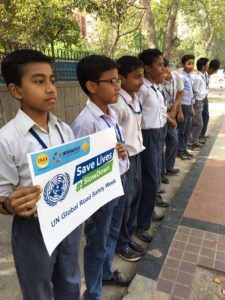