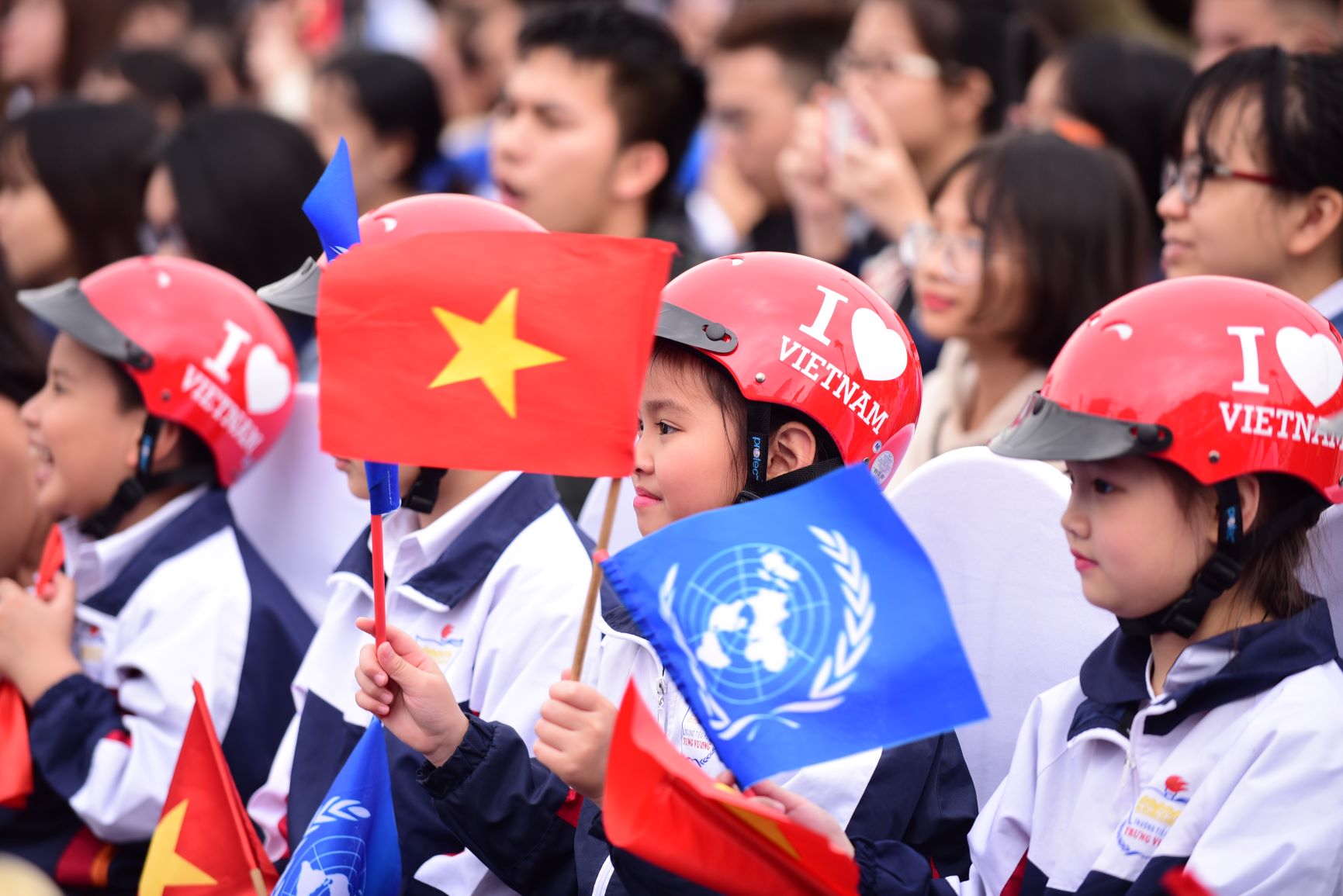 In March 2019, AIP Foundation organized and pioneered the first Round the World Roundtable. The roundtable demonstrated a national commitment from the Government of Vietnam for child helmet safety. It covered four areas:

Since the commitment was announced, the Government has put actions into place to achieve target goals, which has produced results from these efforts. AIP Foundation Vietnam is supporting these efforts through its work with schools and communities, including schemes to provide safe helmets to schoolchildren, improve school-zone infrastructure, continue to support and collaborate with the government to achieve the targets for helmet wearing and helmet standards, and push for further evidence-based measures to save lives.

Read on for a summary of progress under each of the targets within the commitment.

1. Increase helmet-wearing rates among the children in Vietnam to over 80% by 2030

According to the Deputy Prime Minister of Vietnam speech at the launch ceremony of the “Keeping Dreams” program on 3 July 2020, helmet usage among 6- to 15-year-olds had increased from 35% in 2017 to 70% by the end of 2019. In the same speech, he said that the average helmet-wearing rate among high school students in Vietnam had reached 90% by the end of 2019, but that some provinces are falling behind: 20 out of 63 provinces had child helmet usage below 66%.

To achieve the 80%, the government has set targets and is implementing a series of measures, including organizing a safety awareness month at the start of the school year, distributing public awareness campaigns, strongly encouraging and enforcing helmet use, and delivering quality helmets to all grade one students through the Keeping Dreams program. The Government has also increased non-compliance fines for road users without helmets, which came into effect in January 2020.

Building on the existing technical standards for motorcycle helmets in Vietnam, the government drafted a new technical regulation in 2019.

AIP Foundation and the National Traffic Safety Committee, the government body responsible for road safety, have been planning a workshop to share new research data, carried out by AIP Foundation, on the status of helmets currently in use in Vietnam and the factors influencing individuals’ choices when purchasing helmets. The workshop would lead to a call for government engagement in developing an action plan on helmet quality enforcement in Ho Chi Minh City and Thai Nguyen province, with a mission for nationwide expansion. Unfortunately, the workshop was postponed due to COVID-19, but will be rescheduled in the coming months.

The government developed an action plan in place with targets to:

4. Present these commitments in Stockholm in 2020

Dr. Khuat Viet Hung, Vice Chairman of Vietnam’s National Traffic Safety Committee, was among panelists at the Parallel Session titled “Addressing the Implementation Gap in Road Safety” at the 3rd Ministerial Conference on Road Safety. He shared the commitments made by the Vietnamese government at the Round the World Roundtable.