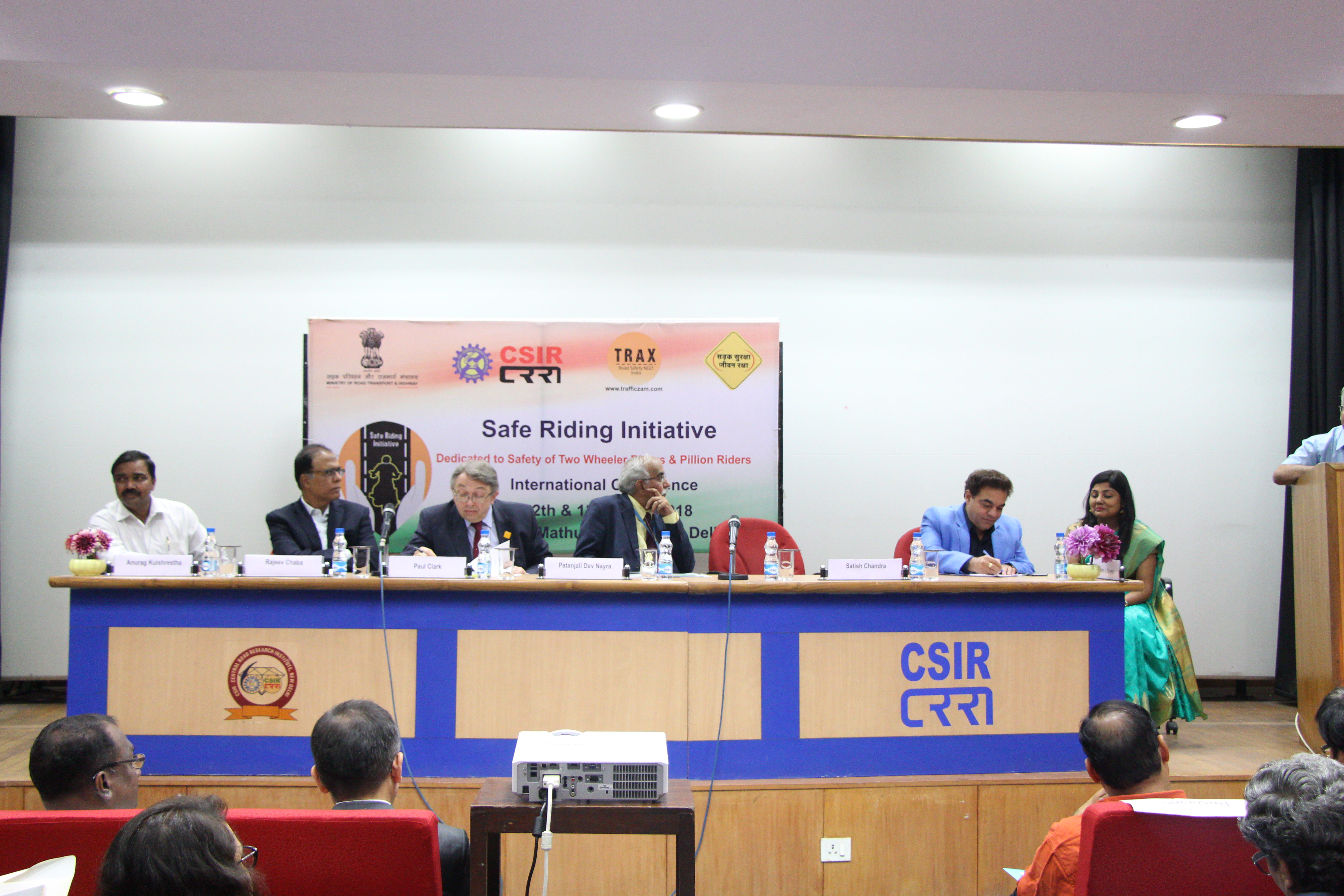 Last month, Alliance member TRAX S. Society, India, partnered with the Central Road Research Institute (CRRI) to organize a conference as part of the Safe Riding Initiative, a campaign dedicated to the safety of two-wheeler drivers and pillion riders in India.

The recommendations from the conference included: