The past year has seen considerable progress in the treatment of road crashes and road crash victims and their families in Argentina. Last year, a new law was introduced, which means that drunk driving, driving under the influence of drugs, speeding, and hit-and-runs are considered to be serious offences under the law. This means stronger penalties for offenders including an increase in jail sentences for those who kill due to reckless or negligent driving. It also changes the way in which abandonment is considered. Remaining at the scene is essential to obtain evidence, such as vehicle status and blood alcohol level.

These new laws represent a victory for road safety NGOs in the country. Viviam Perrone of Alliance member Asociacion Madres del Dolor has been at the forefront of the campaign for the last 12 years, advocating with government officials and gathering other victim groups, including victims of other crimes, to be a stronger voice. She says, “Together we were able to achieve this. Now we are seeing if this is being implemented in the whole country. Still a lot to do but with much achieved.”

We congratulate Asociacion Madres del Dolor along with all NGOs and campaigners involved in advocating for the new laws. 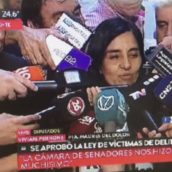 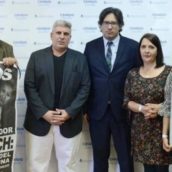