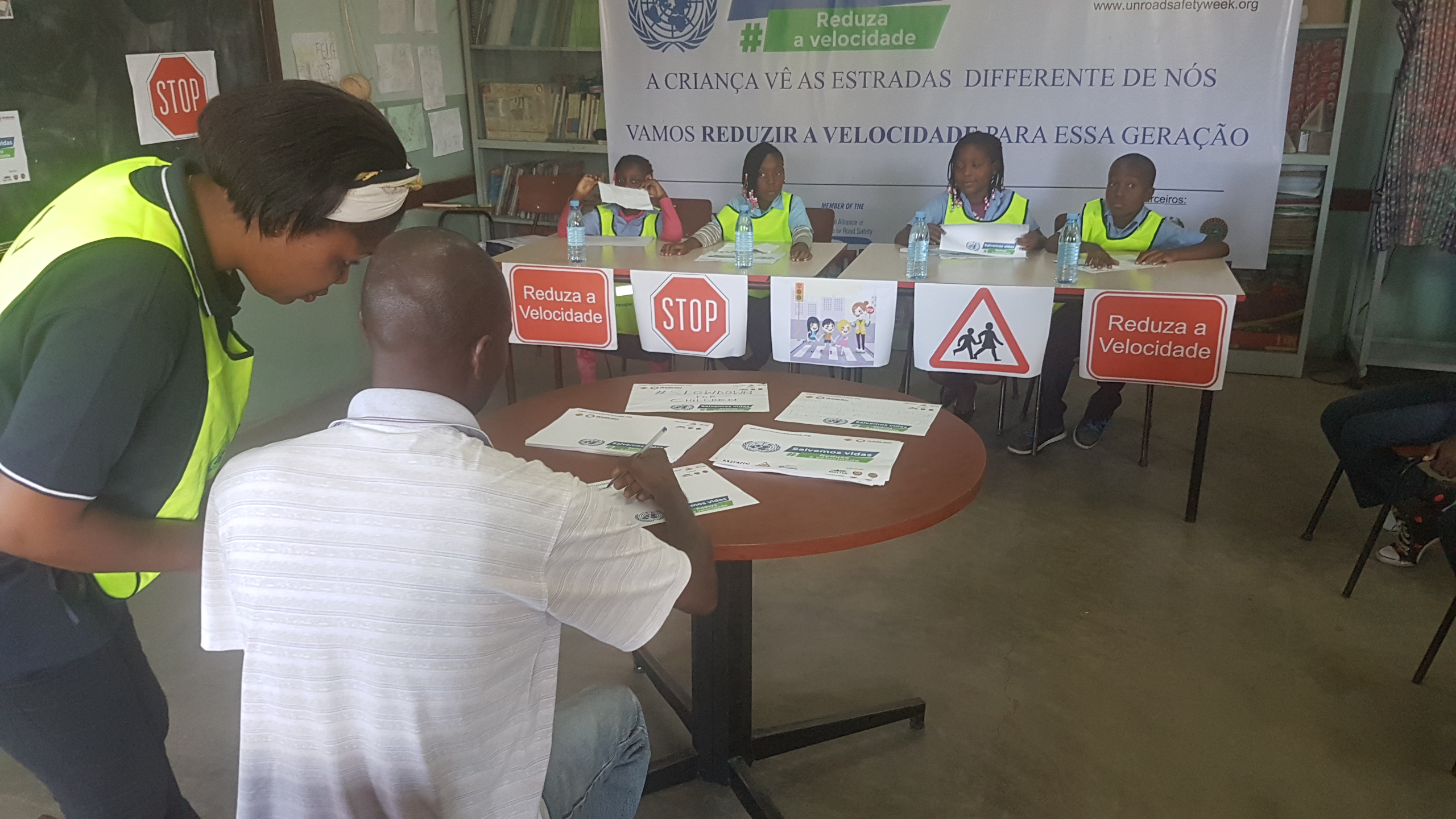 In Mozambique, children aged between 6 and 12 had the opportunity to be the judges in a speeding court set up by Amend Mozambique and Amviro in collaboration with the Mozambique traffic police. Escola Completa Da Imaculada is a primary school with 1398 children situated on a busy road with no traffic-calming mechanisms: no school signs, speed humps, or zebra crossings.

Eight children from the school were selected to be judges and received two days of training. They were taught to be firm and confident. Each child was given questions to ask, and then they practiced not only at school but also at home, to make sure that parents were also involved.

On the court days, traffic police stopped drivers who were speeding, overtaking, using their cell phones, or not wearing seat belts in front of the school. They were fined and invited to take part in the kids’ court. The drivers were then taken to the school court-room to face a panel of four children.

The children introduced the court and questioned the drivers, asking them:

After questioning, drivers were thanked and asked to take the pledge to slow down and to send a message to other drivers. They then received pamphlets and stickers with road safety messages. More than 20 cases were heard by the children over three days. Many drivers were shaking during questioning and could not give a clear reason for their behavior. The children did a great job, adapting the original questions to include other offenses, such as seat belt neglect and cell phone use. The kids’ court was, of course, also a compelling story for reporters.

The kids’ court also created a wider debate. Drivers admitted that they were wrong but complained about the lack of road safety infrastructure, while others argued on Rádio Moçambique that the problem is not infrastructure but drivers’ behavior and the community that vandalize and remove road signs. As Texel Cossa, program manager at Amend, says: “While drivers and the authorities continue pointing fingers at each other and people vandalize road signs, more children are lost on our dangerous roads. Something has to be done and rather sooner than later. This young generation depends on us.”