Kenya: draft 30 km/h legislation to be presented to parliament 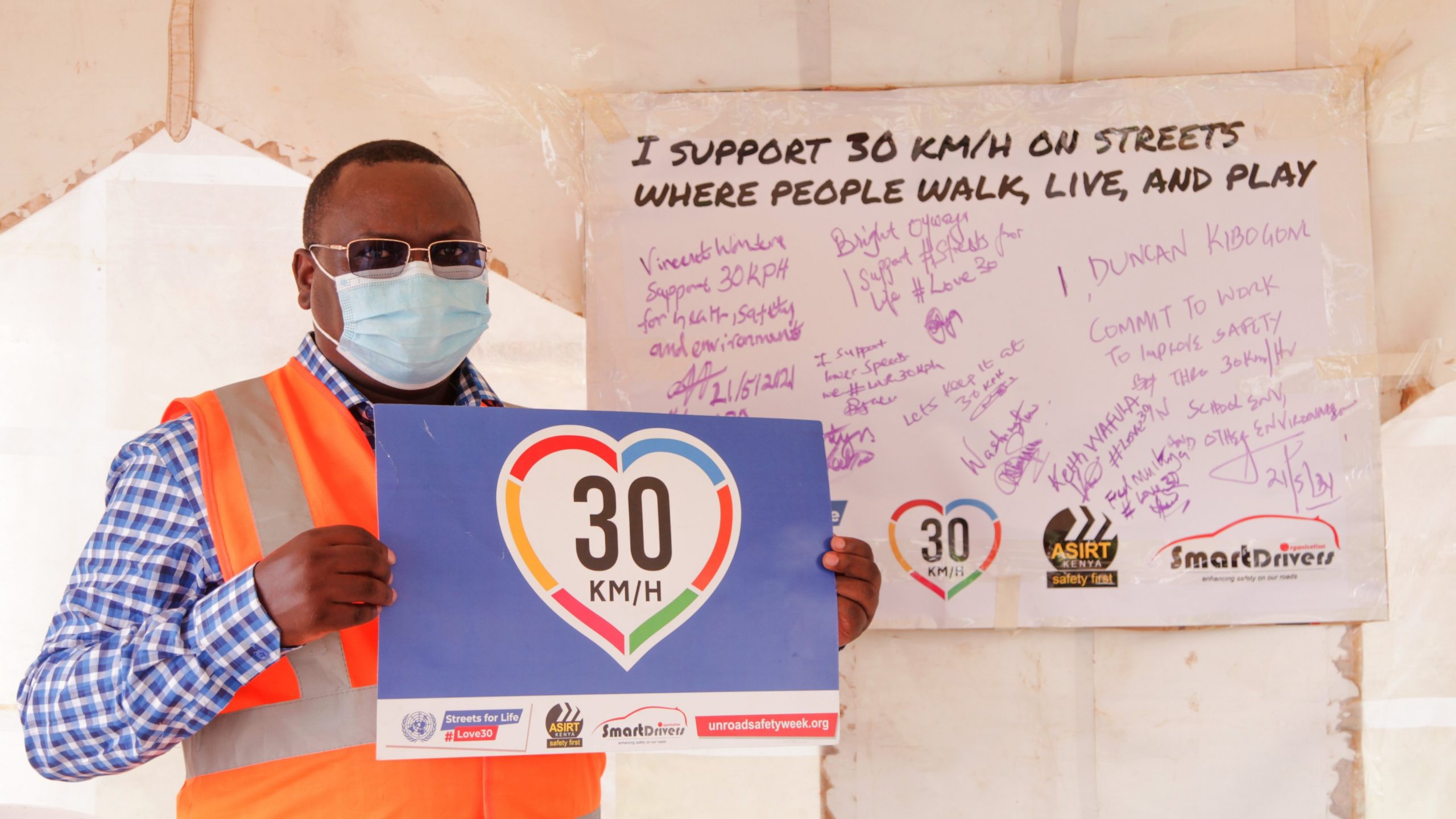 In 2017, the Kenyan parliament passed the Child Safety Amendment Act, which introduced speed limits around schools where possible, speed calming where limits could not be reduced, regulation of school transport, and statutory penalties for breaking these measures.

Most elements of the law, which had been drafted by a coalition of NGOs, were adopted as the NGOs had advocated. However, the recommended 30 km/h limits outside schools were rejected and a 50 km/h maximum limit was approved instead.

ASIRT Kenya and Smart Drivers Organization (SDO) joined forces during the week to push the 30 km/h agenda with national decision makers. They held an event involving selected members of the community representing the various road users of a designated road. The road was chosen due to the risk demonstrated by the available crash data. Due to COVID-19 restrictions, only a limited number of people could be allowed to attend. The participants were representatives of cyclists, skaters, pedestrians, NGOs and the National Transport and Safety Authority. Prior to the event, the two organizations had collected and analyzed data from the community living along the road. Results showed that speed was a factor in many of the fatal crashes that had occurred on the road. Other than data presentation, the participants narrated their real-life experiences further showing the risk posed by high speed limits. Other aspects that were highlighted included the lack of accessible walkways and crossing points located in places that were not convenient.

At the event, Dr. Duncan Kibogong, Deputy Director, National Transport and Safety Authority (NTSA), made a commitment to initiate a review of legislation to reduce speed limits to 30 km/h in areas where people and vehicles mix and to involve NGOs and engage other government partners, including county government and the roads authority. The result will be draft legislation presented to parliament.

Much advocacy is still required. The NGOs must work to mobilize communities to demand 30 km/h streets and thus to convince legislators to support the new legislation.

Significant hurdles are ahead. In particular, national elections will be held in August 2022, and, if the law has not been passed before the elections, much of their work convincing parliamentarians will need to restart and the legislation might lose attention next to other priorities of a new government.

On the progress so far, Bright Oywaya of ASIRT Kenya, says, “combining data and lived experiences go a long way in making a case for 30 km/h speed limit advocacy. This needs to be coupled with the demand by the community for safe walking and cycling spaces. NGOs can benefit from working with other stakeholders to complement skills.”