From Belgium to Benin: “Night Without Accident” – initiative expands 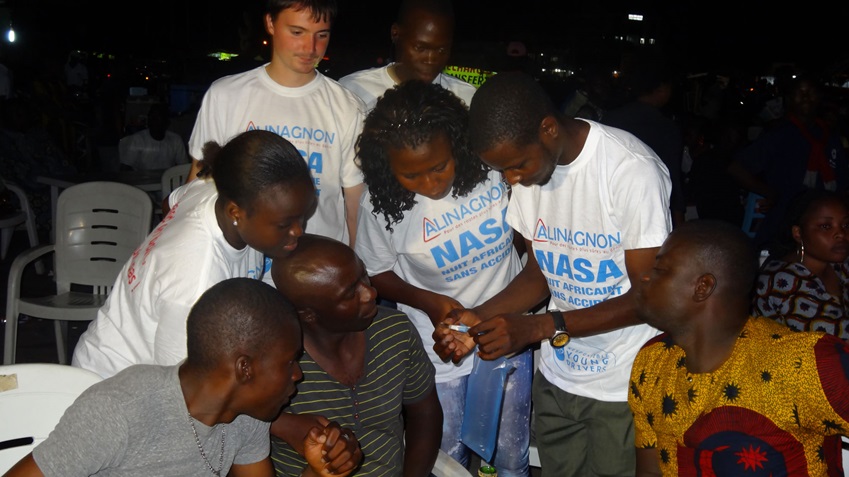 The first African edition of Night Without Accident, an initiative that educates bar and nightclub customers/clients on the consequences of drink and drive, was organized in the city of Parakou, the third largest city in Benin, through a partnership between ALINAGNON, an Alliance member in Benin, and the NGOs Responsible Young Drivers (RYD), in 2012. The awareness raising activity involved game competitions, breathalyzers, distribution of gifts and gadgets, and poster collages, among others. Following an investigation in the city of Cotonou, results have indicated that Night Without Accident led to a decrease in traffic crash rates related to alcohol by approximately 10%. Today, the African Night Without Accident is organized every year throughout Benin. The success of the initiative in 2012 was responsible for its spread in Benin in 2013. ALINAGON NGOs continue to organize the activity every year. ALINAGNON NGOs also advocated for the initiative’s expansion to neighboring countries such as Cameroon, Nigeria, Togo, and Burkina Faso.