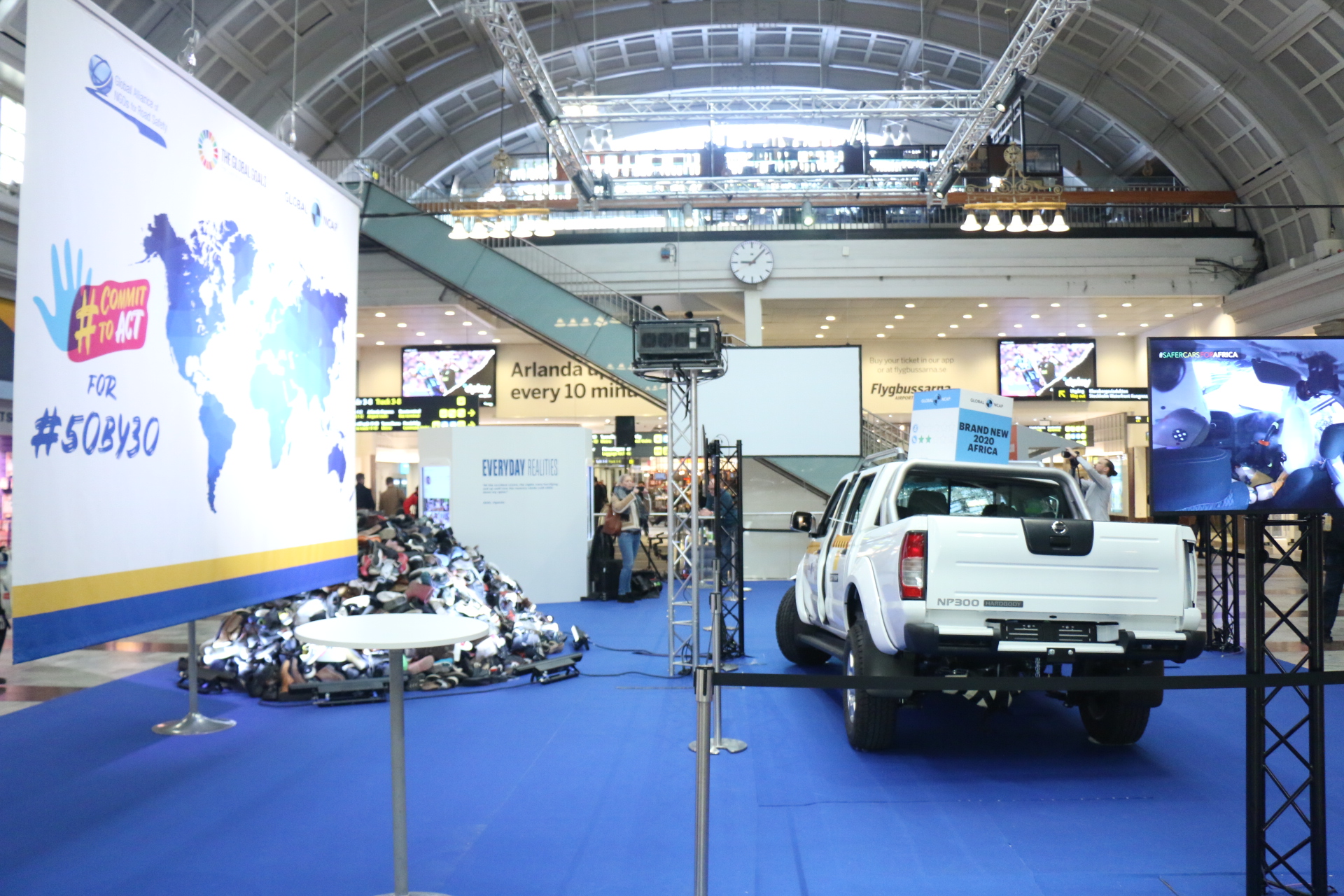 Held in parallel to the 3rd Global Ministerial Conference on Road Safety, the People’s Exhibition raised awareness among passersby and delegates at the conference. It occupied a space at the bottom of the stairs from the ministerial conference to Stockholm Central station, the main transport hub of the city.

Installations at the People’s Exhibition

This was the focal point of the exhibition and a key image used by several speakers at the conference and on social media. It featured a pile of shoes representing the 3,700 lives lost on the world’s roads every year. At the People’s Meeting (see below), VIPs and NGOs added shoes to the pile, some of them bringing the shoes of their loved ones. 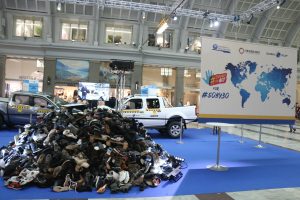 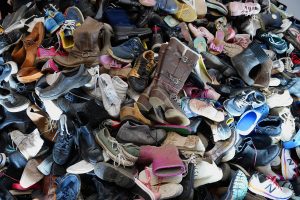 Presented by Global NCAP, the Double Standard showed two crashed Nissan NP300 pick up trucks. The first was a second-hand model built for the European market, the other a new truck destined for Africa. The exhibit showed the shocking difference between the safety standards applied to the European model versus the African model due to the lack of implementation of UN-recommended vehicle standards in most African countries. It is likely that the occupants of the African model would have been fatally injured in a crash, while those in the European model would probably have survived. Is this fair? 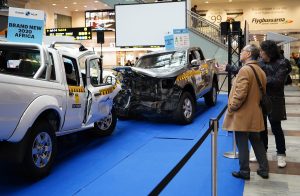 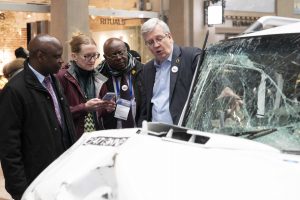 Using quotes from the People’s Survey and Instagram-style stories, Everyday Realities showed road users’ experiences from around the world. 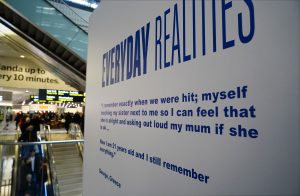 At the Wall of Commitments, exhibition visitors could take a photograph and add it to the wall with their demand or commitment for road safety. 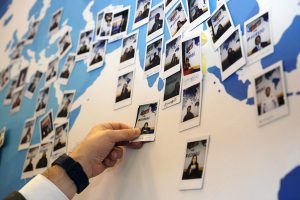 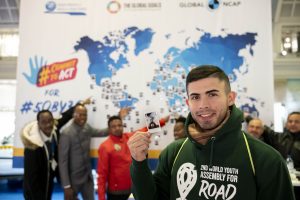 Ministerial and VIP Visitors to the Exhibition 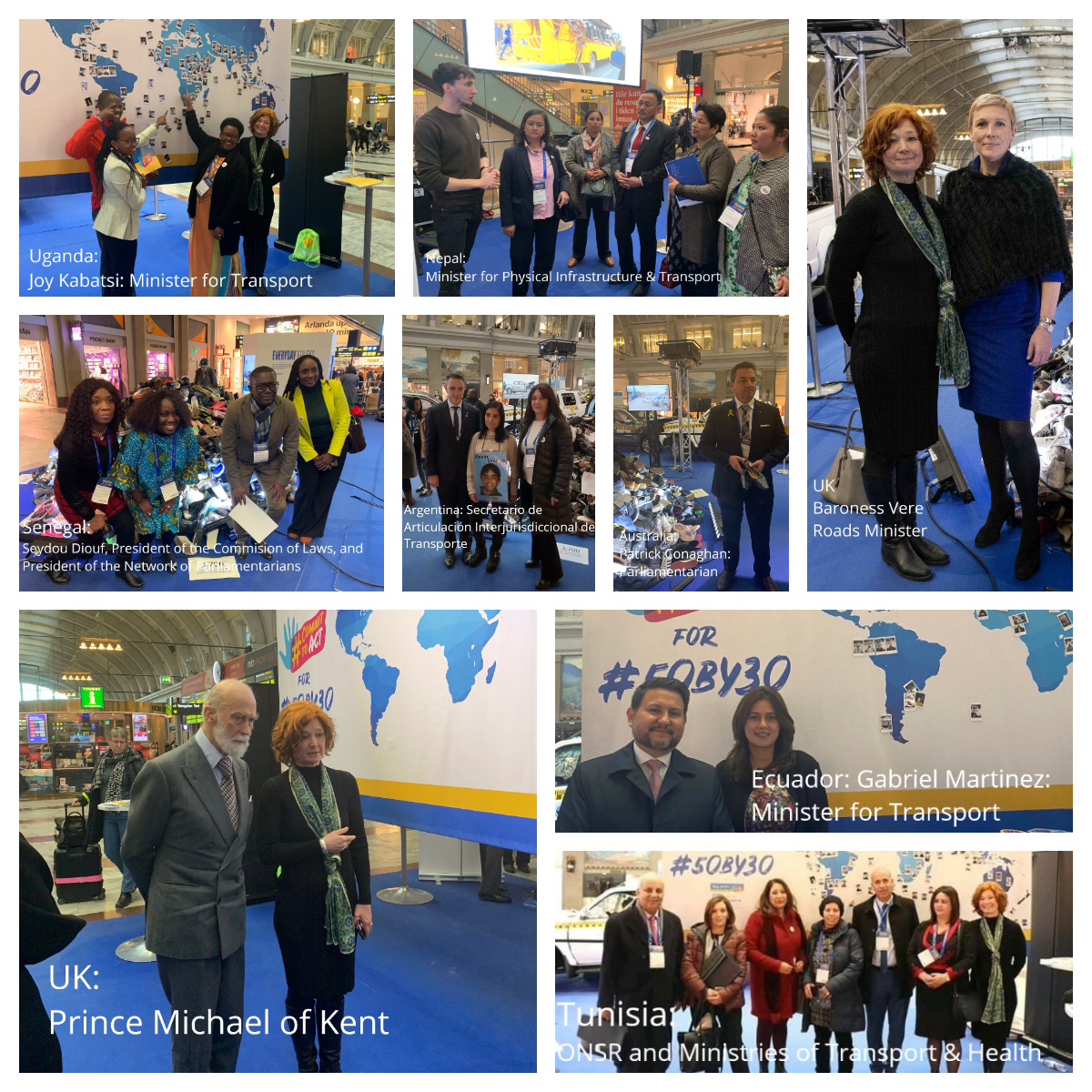 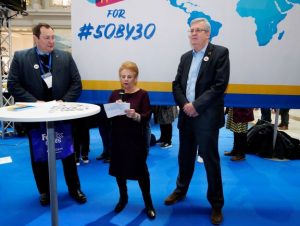 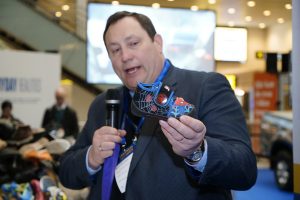 The focal point of the People’s Exhibition was the People’s Meeting, a civil society call to action for leaders attending the Ministerial Conference. Marie Norden, NFT, Sweden, and Bright Oywaya, ASIRT Kenya, led the call, followed by Rochelle Sobel, who read a poem inspired by the pile of shoes. At the People’s Meeting, dignitaries — including Jean Todt, the UN Secretary-General’s Special Envoy for Road Safety; Mattias Landgren, State Secretary to the Minister for Infrastructure, Government of Sweden; the Rt. Hon. Lord Robertson of Port Ellen, UK parliamentarian and Chairman, FIA Foundation; Matthew Baldwin, European Coordinator for Road Safety, European Commission; Dr. Etienne Krug, Director of Social Determinants of Health, WHO; and Zoleka Mandela, Child Health Initiative Global Ambassador — added a pair of shoes to the pile. 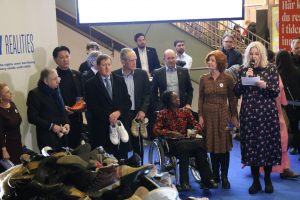 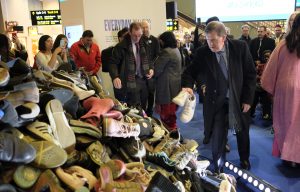 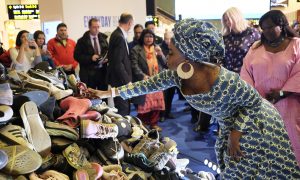 Launch of The Day Our World Crumbled: The Human Cost of Inaction on Road Safety

Alongside the exhibition, the Alliance launched its new report based on the findings from the People’s Survey. Read more HERE.

Rochelle Sobel, Alliance Board Chair reads a poem that she wrote inspired by the Everyday Counts pile of shoes and read at the People’s Meeting. Read the transcript HERE.

VIPs and NGOs placing shoes on the pile.

See media coverage of the Alliance’s events at the conference:

Sydney Morning Herald: Julie Power: How Crashes Can Cause Poverty for Generations