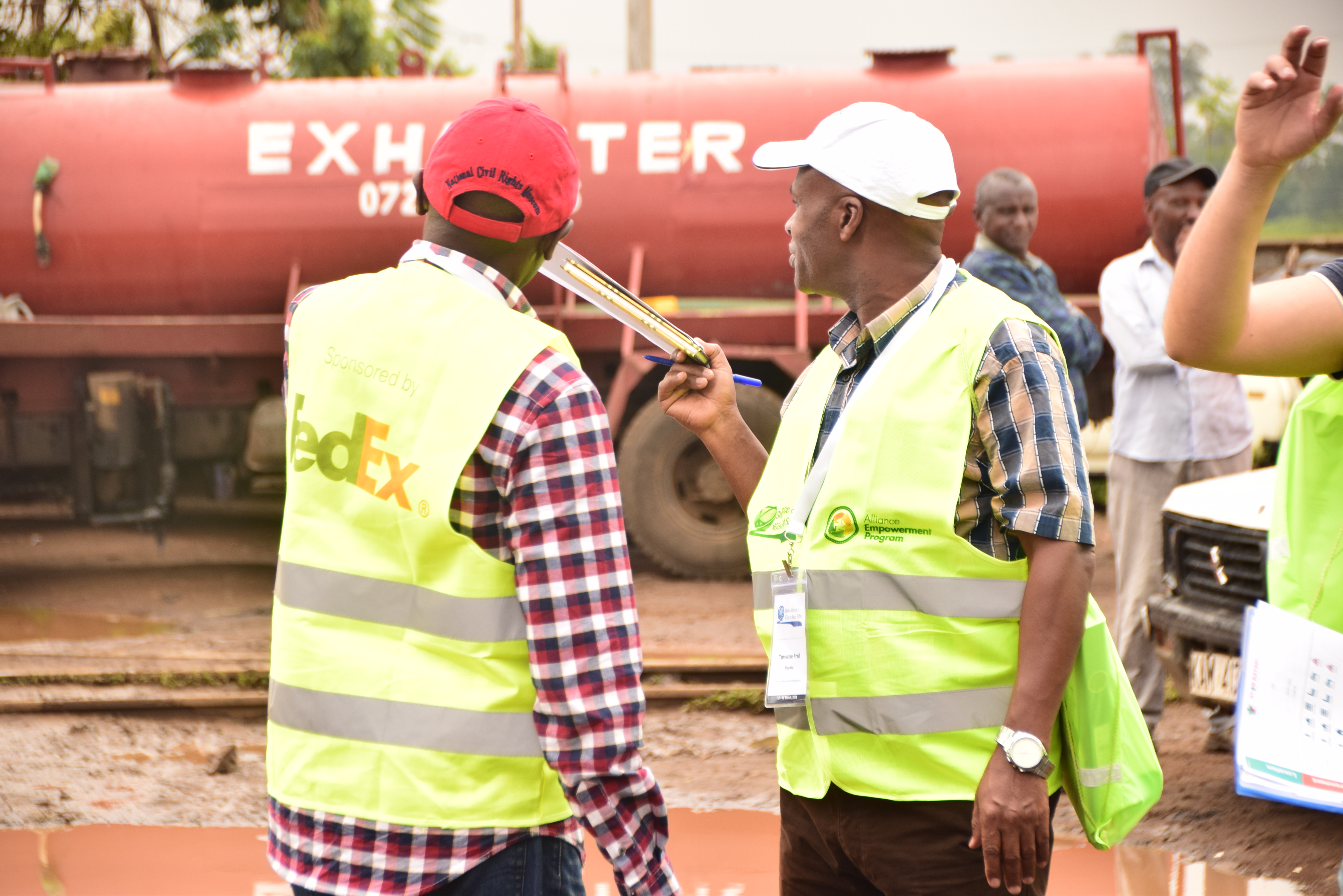 The Alliance is one of iRAP’s Lead Partners in the pilot phase of their development and rollout of the Star Rating for Schools program.

In Cambodia, Cameroon, India, Kenya, Malaysia, and Nigeria, Alliance members have been testing the Star Rating for Schools app in different contexts, helping iRAP to build a picture of considerations and conditions that affect the app’s implementation and rollout globally. Star Rating for Schools was the assessment tool used on the recent Alliance Advocate training in Kenya. Advocates assessed the area around St. Dominic’s School, Nairobi, and found it to be one-star standard. The data was used to convince decision makers in Nairobi to improve safety around the school. Read more HERE. The 20 Advocates are now taking what they learned and replicating it in 13 African countries.

With members in more than 90 high-, medium-, and low-income countries across every continent except Antarctica, the Alliance and its members are well placed to test the app in a range of settings. Children had been killed and injured on the roads around several of the schools assessed by Alliance members in the pilot phase. Amend estimates that around some of the most dangerous school districts, more than 4% of students are injured in road traffic crashes every year.

Star Rating for Schools builds on the internationally recognized iRAP star rating system that can be used to assess the safety of any road. Star ratings encompass a road’s condition, signage, markings, and more. Global road safety standards, including the new voluntary targets, recommend that all new roads be built to a minimum three-star standard. You can learn more about iRAP star ratings in our webinar series “Let’s Get Minimum Three-Star Roads by 2020.”

The Star Rating for Schools program takes this concept and applies it specifically to school zones: users assess the roads around a school,  input the assessment data into the app, and receive a star rating. The app then helps model the interventions (crossings, signs, or speed-calming mechanisms, for example) that could be effective for improving safety and raising a school zone to a three-star standard.

You don’t need to be a technical expert to use the app, and therefore it is ideal for NGOs working with schools in local communities: the data can be used as evidence in advocating with decision makers to implement safety measures, as demonstrated in the Advocate training.

The NGOs involved with the testing all said that they would be likely to use Star Ratings for Schools in their work in the future and that it would be a valuable advocacy tool. Currently, the app is only implemented though Lead Partners but it will be widely available when iRAP has completed the development and testing phase

You can read more about Star Rating for Schools and sign up for updates HERE.