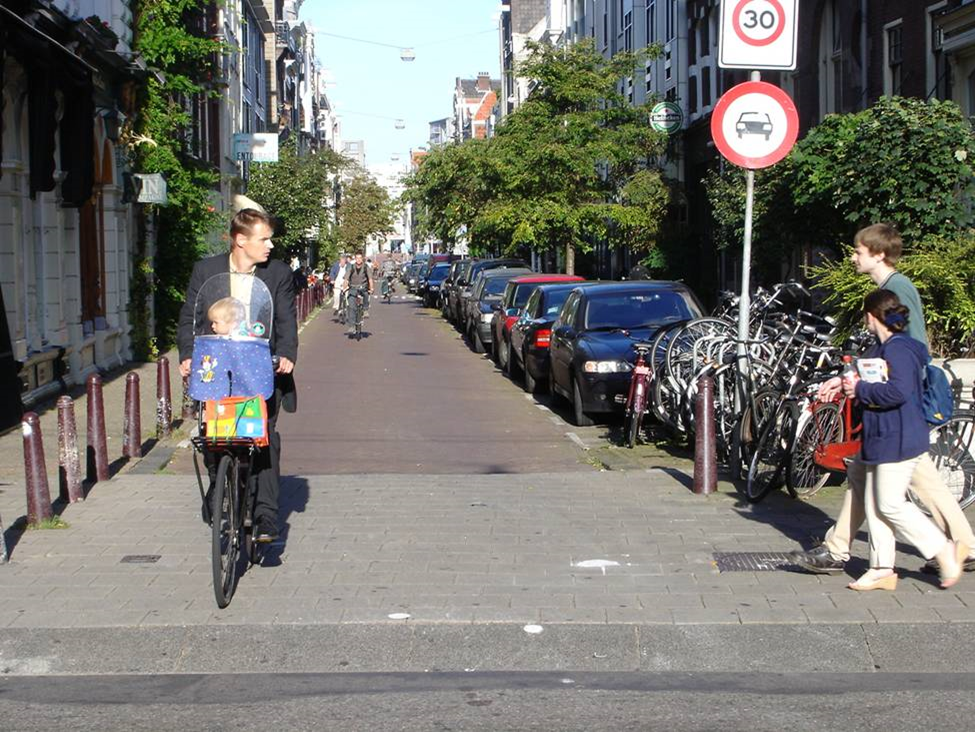 Speed kills. High speeds on roads where people and vehicles mix, even if within the posted speed limit, driving a hard machine increases immensely the probabilities of hurting or killing someone. This is a consequence of basic physics laws. The first thing to take into consideration is that even if the driver is quick to react to an emergency stop, in a few seconds the car maintains the same speed for some meters. Then it will skid (more when raining) after the driver presses the brake. In many situations the pedestrian is hit by the car even before the driver uses the break.

Extensive research shows the higher the impact speed higher the probability of the pedestrian being killed or seriously injured.

Many cities around the world have been implementing 30 km/h zones for many decades. This can actually be the first stage for a city-wide 30 km/h speed limit. Graz, Austria was one of the first cities in the world to introduce the 30 km/h speed limit with the exception of thoroughfares. More recently Pontevedra, Spain also implemented a 30 km/h without exceptions. Cities like Helsinki, Oslo or Brussels started with 30 km/h zones in residential neighbourhoods but with time extended that speed limit to central zones and nowadays have most local streets under that speed limit. Spain very recently published a law – that all urban roads with one lane have the speed limit of 30 km/h as a rule. After evaluation of the results after a few years of having  30km/h as default in the whole city with the exception of the main roads (50km/h), Bilbao decided to even put all their main roads at 30 km/h – since the Summer of 2018, 87% of Bilbao’s streets were converted to 30km/h, and since September 2020, 100% of Bilbao’s roads have a maximum speed of 30 km/h.

How NGOs can promote walking

Walking is healthy and does not put any road user in danger. It is also very healthy for society in general. Walking is an universal mode of transport (wheelchairs are considered pedestrians). It doesn’t produce any emissions and it is silent. Being able to listen to footsteps is part of the poetry of a healthy urban environment. Walking is also the “glue” of a comfortable and efficient public transport system – a safe and comfortable walking environment increases public transport patronage. While walking it is easier to establish eye contact with other people and makes the city streets safer and enhancing social interaction also increases social capital.

A safe walking environment also makes it possible for kids to be allowed being independent much earlier, for example to walk to school or their friends. This is an important step in their development, not to be dependent on mom and dad to accompany them or drive them to wherever. Also for elderly, a walkable city means a lot in their social contacts. And if a city is walkable for the youngest and the oldest, it is a joy for everyone in between too.

How NGOs can advocate for improvements for pedestrians

Start with what you feel stronger about. Can be speed in your neighbourhood. Or working with schools to create safe routes to school.

Create partnerships. Contrary to pedestrians, cyclists have a strong political identity and share some of the pedestrian problems. Understand that users of bikes are not necessarily your enemy and both have been mistreated by the car-centric urban planning of the 20th Century.

Use social networks to grow and as a jumping point for actual physical meetings as soon as the pandemic in your city allows safe encounters.

Make small and simple surveys to determine walkability indexes for streets on your neighbourhood and send the results to your local politicians.