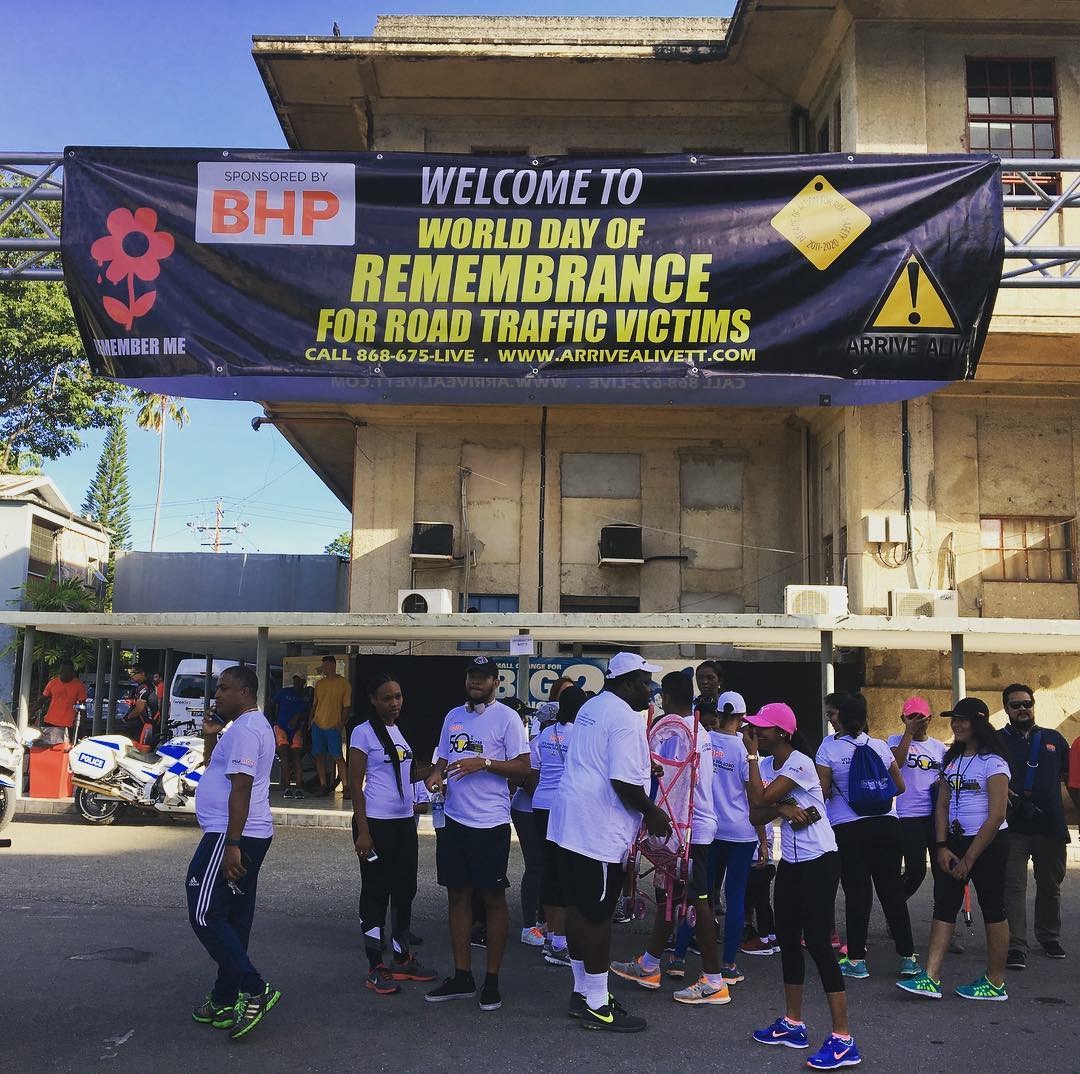 In Port of Spain, Trinidad, on Sunday, Alliance member Arrive Alive hosted their annual walk and ride for road safety in memory of all those seriously injured and those who have lost their lives on the roads of Trinidad and Tobago. Connected to the walk and ride, it organized a traffic park village which brought together a range of organizations including road safety NGOs and stakeholders such as  Share the Road, the Car Inspection Association, the Trinidad and Tobago police service, fire services, the ambulance service, the Ministry of Works and Transport, an organization providing on-the-spot eye tests, and an organization selling road safety items such as rumble strips and breathalysers. Additionally, there was a childrens’ corner. Says Sharon Inglefield, President of Arrive Alive, “Arrive Alive clearly understands that road safety is a multi-disciplinary, multi-sectoral issue. So we need to ensure those who are the decision makers are present, example roads & transport, the policy makers and enforcers being our police and wardens, our ambulance personnel, fire, as well as driving instructors, vehicle inspection garages, the licencing office, insurance companies, and we want to embrace all other NGOs for road safety as well as the public and of course the families who have been directly affected by the injuries, and the carnage on our roads.  We try to include everyone.  Anyone who approaches us who wishes to be involved.”

The message that this year’s event sought to convey is in keeping with the WDoR theme:  “Target 2020: Reduce road fatalities and serious injuries by 50%”. The message is a serious one but Arrive Alive also look to engage children and families with more lighthearted activities such face painting and a pedestrian game, and local entertainment. Of the road safety situation in Trinidad and Tobago, Sharon says, “ We have had a 10% decrease year to date 2016/2017, a downward trend in fatalities on our roads. The intent is to make the goal of 50% less lives lost by 2020…Hopefully by May 2018, we will see the implementation of a new Motor Vehicles & Road Traffic Act 2017, which was assented to but now needs to be implemented and proclaimed.”

The walk and ride was followed by a brunch with a candle light ceremony for the families and friends of those who have been seriously injured or been killed on the nation’s roads. Dignitaries, including heads of divisions of the Trinidad and Tobago police service and government ministries attended. The main speakers were the Honorable Mr Rohan Sinanan, Minister of Works and Transport and Mr Vincent Pereira, the President of BHP, the main sponsor of the event. 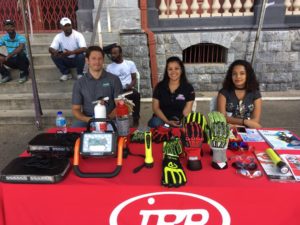 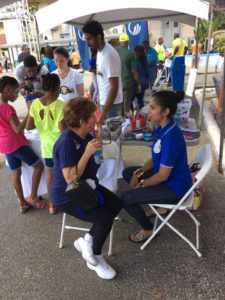 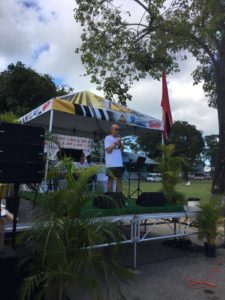 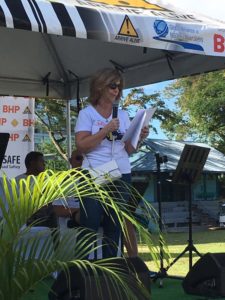 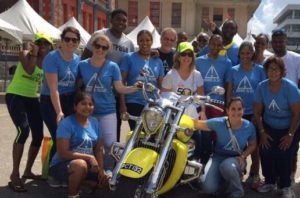 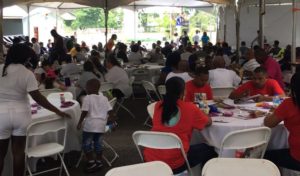