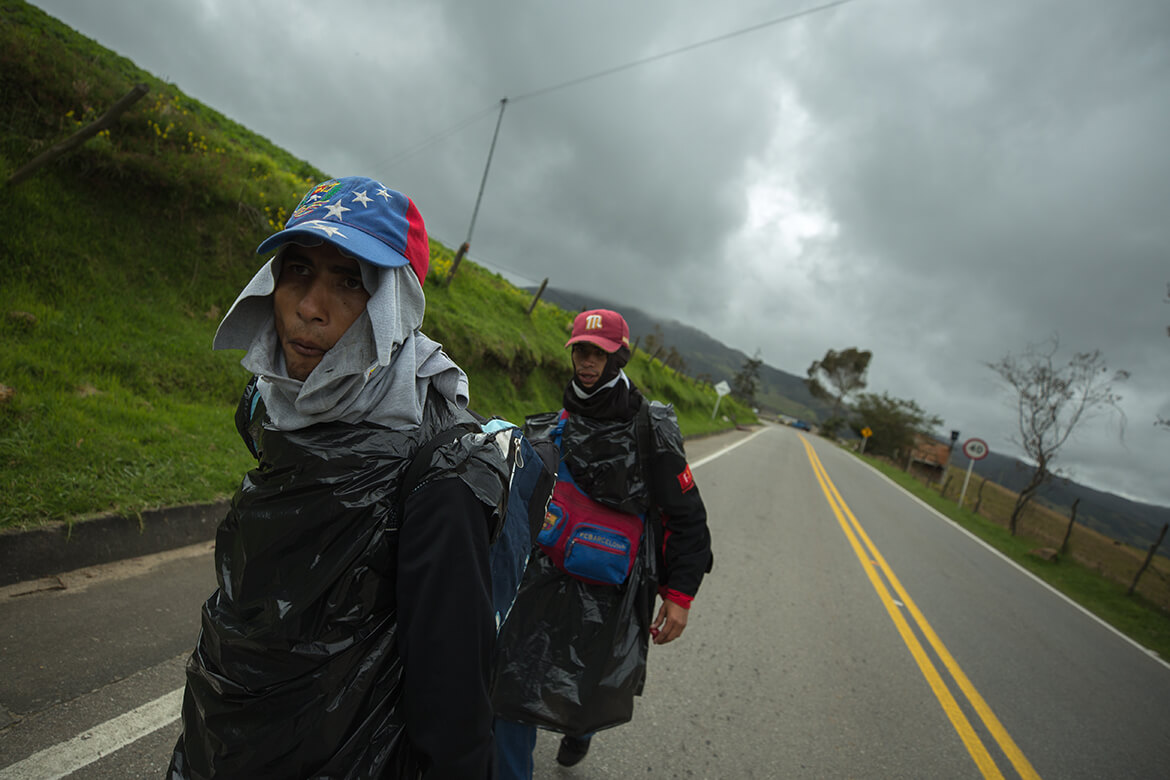 In July, Venezuela’s inflation reached 83,000% and prices for food and everyday items are doubling approximately every 26 days. Many public services, including bus and train services, are shutting down, and citizens are struggling to meet household expenses.

The crisis is having a devastating effect on road conditions and subsequently on injuries and fatalities. Road infrastructure is deteriorating with no money available for checks and improvements meaning that the roads themselves are less safe. Spare vehicle parts, including tires, are difficult to get. This has two effects: one is that unsafe vehicles are being driven, the other is that fewer people have enough money to run a car, and therefore, more people are walking or taking public transport.

More people are using public transport, but less public transport is available. Bus operators are among those who are unable to obtain spare parts for their vehicles and also are unable to pay their drivers enough, as living costs increase rampantly. As a consequence, buses are overloaded with people hanging from the sides and bumpers. The elderly and vulnerable are the worst affected: they do not pay bus fares, so bus drivers are not motivated to stop for them.

Where public services are failing, some people are seeing an opportunity. Private trucks, known as “kennels” because of their resemblance to animal transporters, have begun to operate as unofficial buses. Not only are the authorities turning a blind eye to this, but some city councils have acquired cage-type trucks themselves, which are being used as public transport. These makeshift vehicles are causing an increased number of crashes, injuries, and fatalities. Read more in our member Observatorio Seguridad Vial’s recent report on public transport in Venezuela HERE.

The lack of public transport has forced more people to walk. While this could be seen as a favorable step in this formerly car-based culture, many streets, especially in the interior of the country, are not set up for pedestrians and lack signs, sidewalks, crossings, and lighting.

Alliance member NGOs in the country are working hard to address the increasing issues with limited resources.

Asotransito is campaigning hard with the government to prioritize safe roads and transport, even in the face of multiple obstacles. They are also taking practical low-cost action. The project #CaminoDeLuz, meaning “path of light,” seeks to distribute fluorescent and reflective bracelets to those forced to walk on badly lit streets, including the thousands of refugees walking long distances to cross the border into neighboring Colombia. The bracelets can be seen by drivers 250 meters away and alert them to slow down to avoid pedestrians. Asotransito is seeking funding from international donors to extend the project. Read more HERE.

Asociación Civil Paz Activa and the Observatorio Seguridad Vial are also struggling with lack of resources and lack of information. For a number of years, the organization has maintained an observatory of road safety data. Now, however, reliable data from the government is increasingly hard to acquire. It continues to produce research, such as the report above to keep the issue of road safety in focus, while campaigning together with those NGOs still able to operate.