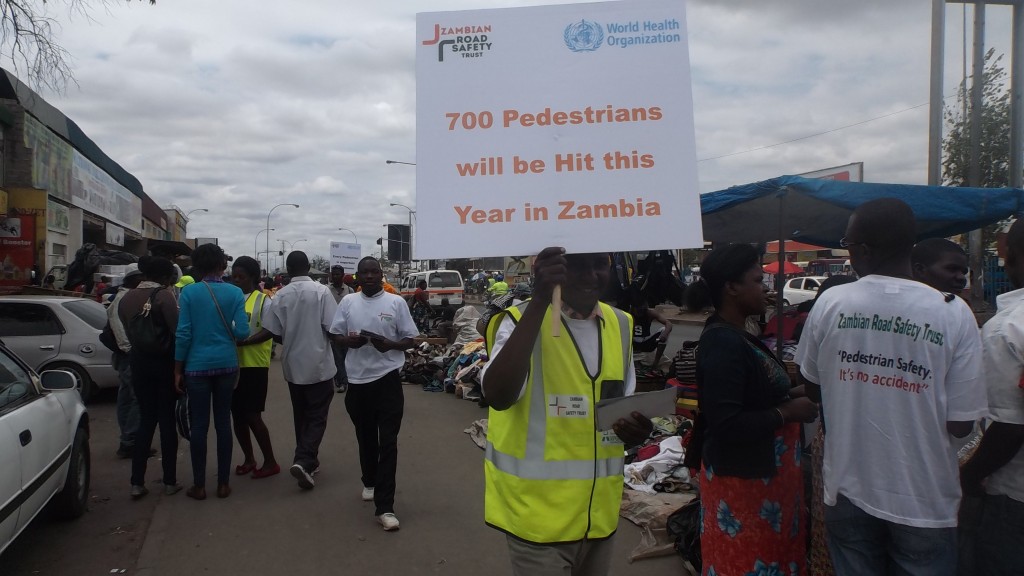 By using free and effective press releases Zambia Road safety Trust (ZRST) has become a highly influential organization with the media, stakeholders, and government authorities within a very short period of time. Our Alliance NGO member in Zambia became a member in 2014, and with a small budget and through its well-thought-out media strategy ZRST utilize media as a free platform to spread ZRST’s advocacy and gain organizational credibility at the same time.Zambia, with almost 2000 fatalities in road crashes per year, is one of the worst-performing countries as far as road safety is concerned. The country has less than 0.02% of the world’s registered vehicles, but almost 14 times the proportion of fatalities from road traffic crashes.

ZRST understands that well-written and highly presentable press releases get published by journalists who are constantly on the look-out for something new to circulate every day; hence the organization ensures that all its products are properly formatted, printed in nice letterhead papers with a clear organizational logo, and do not look in any way different from the usual press releases of other organizations before they are shared with the public. Another equally important task that the organization undertakes is conducting comprehensive background research, digging for the correct factual information, and correcting all grammar and spelling errors prior to publishing a press release. In the process, ZRST is also able to successfully create a database containing the information of all media organizations, important stakeholders, and with over 1000 journalists which as a result has enabled it to garner a sizeable media attention.

ZRST Chairman and Founder Daniel Mwamba shares that with all the strategic steps they have taken, they have received enormous credibility since most people, especially journalists, have the impression that ZRST is a very big and well-established organization. The organization’s relationship with the civil servants and Road Safety Government Agency has improved tremendously. The government agency responsible for road safety initially viewed the organization as a competition and not as partner, since it is the first NGO for road safety in Zambia. Senior government officials now attend ZRST’s events and ZRST staff in turn can easily access the government agencies’ offices for meeting use. Either the Zambian Minister or Deputy Minister of Transport readily agrees to be the guest of honor in most of ZRST’s hosted events and ZRST has successfully managed to get road safety on the medias agenda. The organization’s statements are now published in the editorials of the country’s biggest newspapers. ZRST staff are also regularly invited to television and radio interviews. Corporate houses have since expressed interest in associating with the organization’s work to gain good reputation.