Summer of Road Safety in Tunisia 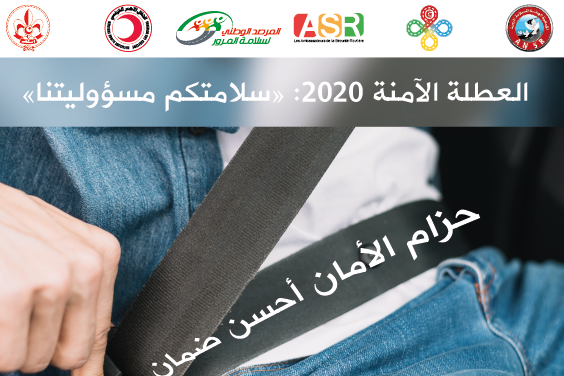 In Tunisia, Alliance member Les Ambassadeurs de la Sécurité Routière (ASR), as part of a consortium of NGOs alongside the Ministry for the Interior and its departments, has kickstarted a large-scale national awareness campaign to tackle the problem of road crashes. The consortium includes the National Road Safety Observatory and fellow road safety NGOs, ANSR and ATSR,  alongside organizations outside the road safety sphere, including the Scouts, representing youth, and Red Crescent, the well-known medical NGO. The Scouts and Red Crescent have been very active in the COVID-19 response in Tunisia and their involvement in the consortium helps to demonstrate that road safety is a mainstream concern.

To help achieve this, the consortium has launched a big media campaign pushed through audio-visual media, social networks, printed and electronic press, bus displays and urban billboards, and radio and television spots. It focuses on three key risk factors identified as having the biggest impact in Tunisia:

To kick off the campaign the consortium partners held a press conference resulting in a lot of television and newspaper attention. In the first two weeks, the campaign has already been seen by two million road users. To monitor its effectiveness, the consortium has developed some indicators:

Afef Ben Ghenia, founder of ASR, said, “In Tunisia, COVID-19 had a negative impact on all aspects, we all agree. But it has contributed positively to the strengthening of the alliance between NGOs and actors working in the field of road safety and to the consolidation of the consortium with government authorities.”