How #SlowDown Made a Difference 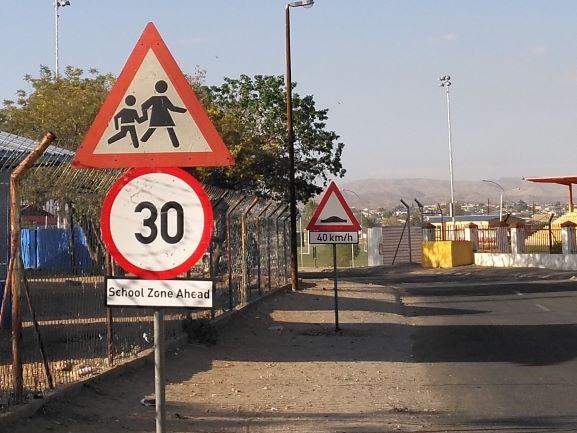 As we prepare for the 5th UN Global Road Safety Week (UNGRSW) 6–12 May 2019, we look back to the last UNGRSW and some of the impacts that the #SlowDown campaign had around the world.

During the last UNGRSW in 2017, Luchemos Por La Vida proposed legislation to reduce speed limits by 10 kilometers per hour on several types of roads in the provinces of Buenos Aires, Cordoba, and Mendoza. So far, a “Zone 30” is being introduced in Villa Real, a neighborhood of Buenos Aires, including reduced speed limits and road infrastructure, which it has been estimated will reduce road incidents by 75%. Luchemos Por La Vida continue to campaign for wider changes to the speed limits and city representatives have told them that legislation will be drafted.

Asociatia Siguranta Auto have been advocating with the local government since UNGRSW 2017 to reduce speed limits around specific schools in Romania. They have succeeded in getting the speed limit reduced from 50 kilometers per hour to 30 kilometers per hour outside four schools, including two that are located on main highways. Commitment has been received to change the speed limit around two more schools in the main city of Bucharest in the next two months.

Recently, Private Sector Road Safety Forum (PSRSF), Namibia, secured commitment for reduced speed limits around all schools in Windhoek. The starting point for this success was the #SlowDown campaign. Says Horst Heimstadt, “We were introduced to the concept at the last Alliance Global Meeting in Kuala Lumpur and have since then used every opportunity to promote it. Thus including the slow down drive during the last UN Global Road Safety Week. On our own, we did a petition during May last year (our extension to the UN Global Road Safety Week) and promoted it further with funds from FedEx granted to us through the Alliance at the African Advocate Training and through AMEND.”

In 2017, 20’s Plenty for Us was already an established force for grassroots campaigning for 20 miles per hour (30 kilometers per hour) speed limits in residential areas around the UK. Its founder, Rod King, was a key consultant for the #SlowDown campaign. Although not directly related to the UNGRSW campaign, since 2017,  20’s Plenty have seen some major successes including commitment for 20 miles per hour will become the default speed limit within central London (as defined by the Congestion Charging zone) and in other locations around London. Almost half of the city’s 8.6 million residents now live on streets and roads with 20 miles per hour limits.