Round the World Roundtable: Victim Support in Argentina 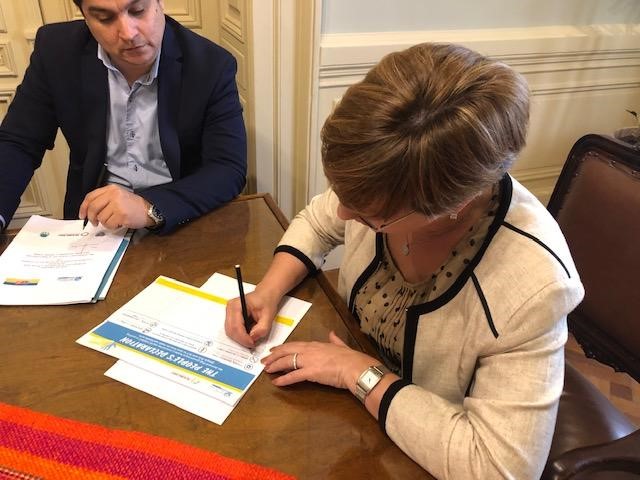 Alliance member Asociacion Madres del Dolor, Argentina, has worked for many years for the rights of road victims and their families, advocating for stronger support and stronger justice, and to prevent road crashes through advocacy with the government to improve policy and enforcement.

It has used the #CommitToAct campaign to run several roundtables to gain commitment of local and national law makers.

Gabriela Burgos, President of the Criminal Commission, committed to deal with laws related to drink driving, extending what she has done in the Province of Salta, Argentina, where a zero tolerance ban on drink driving in this Province has led to a decrease of road crashes due to drink driving.

Federico Zamarbide, congress representative for the province of Mendoza, has committed to deal with drink driving and to help spread a guide for victims in Argentina where currently there is no written material at a national level to help victims know the steps to take after a road crash.

Events were also held in a school and with the Red Cross.

Two roundtables were held on 19 and 20 November.

At the first event, victims of road crashes from different parts of Argentina met with Claudio Avruj, National Secretary of Human Rights and Cultural Pluralism, and with Matias Garrido, National Director of Policies against Institutional Violence in the Ministry of Justice and Human Rights. Both authorities signed a commitment and agreed to hold further meetings next year.

The next day in the Municipality of San Isidro, Asociacion Madres del Dolor met with German Garavano, national Minister of Justice and Human Rights and Mayor Gustavo Posse to campaign for Road Safety by signing the petition and an agreement of cooperation. They committed to disseminating the Guide for Victims across Argentina and also to work at national and local level to prevent road crashes.