Round the World Roundtable: 60 Schools to Become Safer in Benin 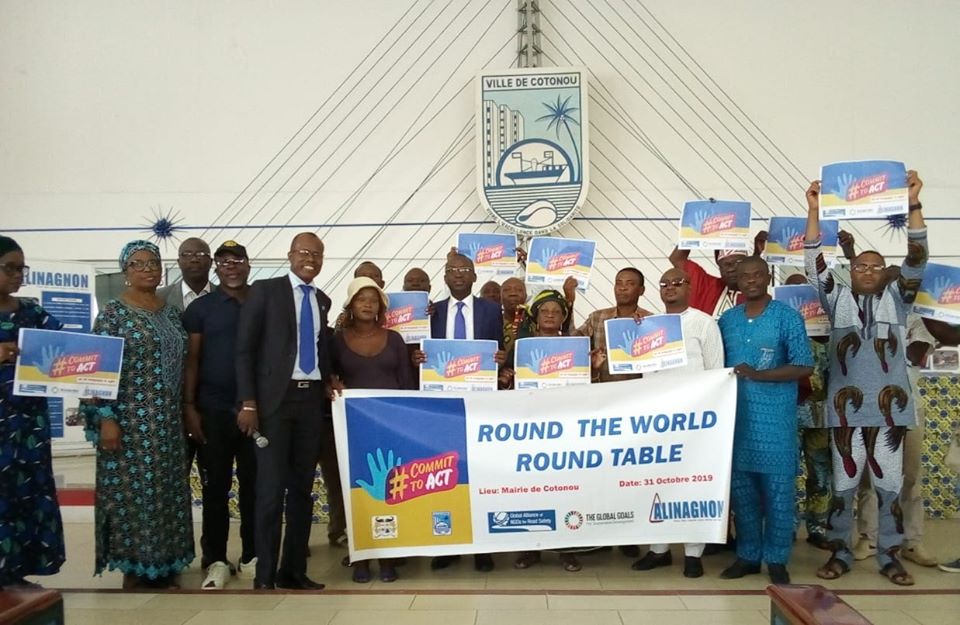 Children are the most vulnerable road users in Benin, with thousands suffering from death or injury each year on their way to or from school. On 31 October 2019, Alliance member ONG ALINAGNON hosted a Round the World Roundtable in Cotonou, Benin, to discuss the improvement of road safety around schools.

The roundtable was organised by Casimir Migan, General Coordinantor of ALINAGNON, and attended by François Agomadje, Coordinator of the Asphalting Project, representing Lars Bjerre-Christensen, General Director of the Agency of the Living Framework for Territory Development.

After listening carefully to the case presented by ALINAGNON at the roundtable, Mr. Agomadje took on the role of spokesperson to the government on behalf of the NGO. Seven days later, on 7 November 2019, he obtained a commitment at government level. Lars Bjerre-Christensen signed promised to build new and more efficient road infrastructure (speed bumps, road signs, pedestrian crossings, etc.) around at least 60 schools in Benin by 31 December 2020. This is a big win for ALINAGNON, who initially requested improved infrastructure for 10 schools.