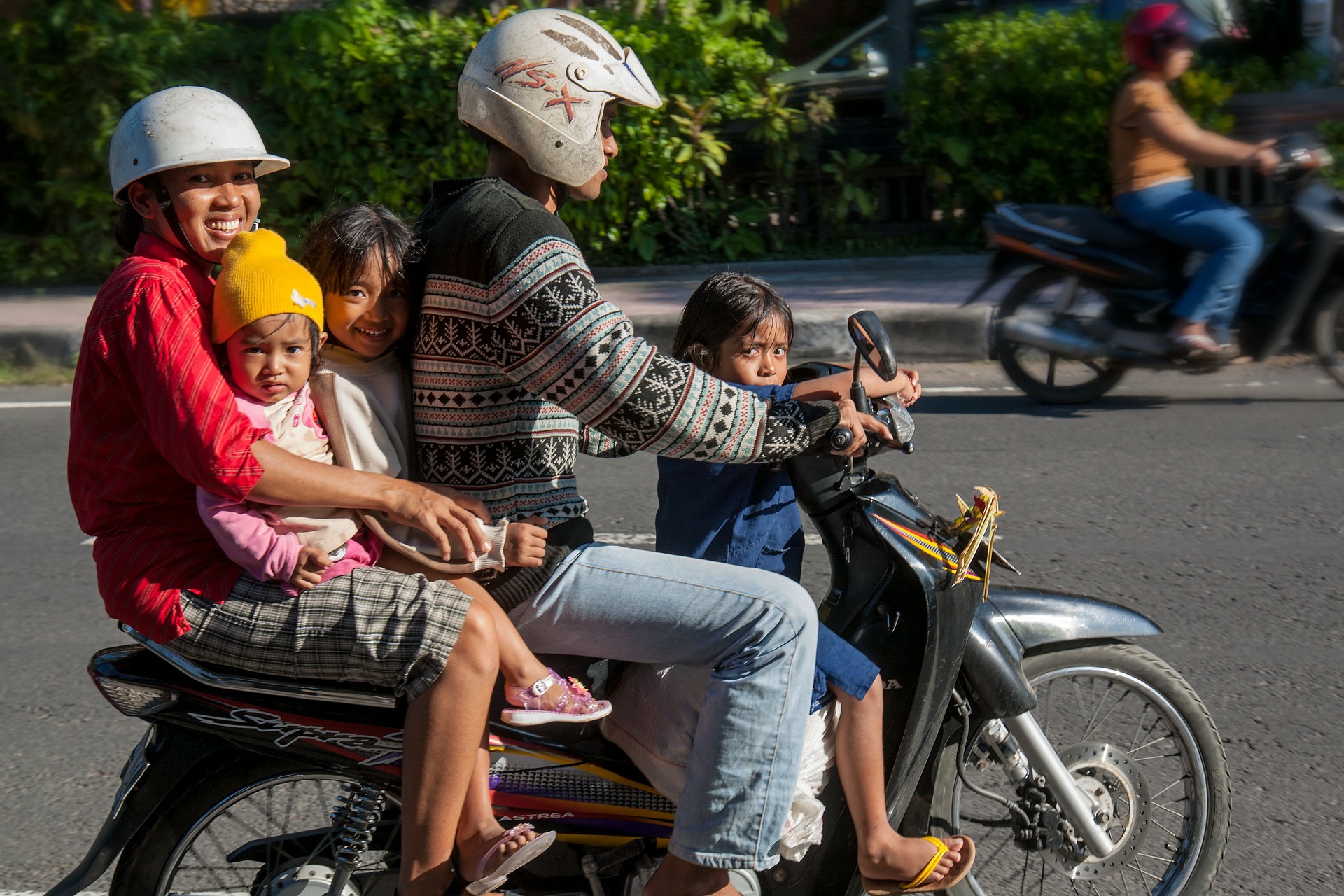 80% of motorcyclists traveling with children on their motorcycles do not consider them to be at risk. This was a key finding of a new study from Alliance member Fundación Gonzalo Rodriguez conducted in 43 cities in six Latin American countries: Argentina, Brazil, Colombia, Paraguay, Dominican Republic, and Uruguay. In this region, road crashes are the primary cause of death among children aged 5–14 years and the second among people aged 15–44 years. Motorcycles are involved in half of the deaths in road crashes. Motorcycle users are exposed to greater risks of collision because they share the circulation space with automobiles, buses, and trucks. They are also less visible and lack physical protection, which makes them more vulnerable to injuries in the event of a crash. Children are more likely to suffer severe consequences in a motorcycle crash when compared to adults, because their brains and skulls have not reached maturity. Statistics on child helmet use vary considerably across the countries studied, but in some cities in Dominican Republic, Paraguay, and Uruguay, less than 10% of 1–12 year olds wear helmets on motorcycles and many are incorrectly used or unapproved helmets.

The study looked at the number of children riding on motorcycles, helmet use, other safety measures, the position of the child on the motorcycle, and knowledge of regulations.

The results describe some challenges regarding child safety on motorcycles. There is low use of helmets by younger children, in part because there are no authorized helmets for children younger than 2–3 years old, but also because they are not included in regulations or enforced. Yet, according to WHO statistics, helmets are efficient in reducing the probability of death by 39% and severe injury by 72%. The use of other safety measures, such as high-visibility clothing, even in countries where their use is mandatory, is also very low. One fundamental safety aspect is that children must reach the foot rest of a motorcycle but this is not practiced widely. Additionally, most children travel in non-authorized positions on the motorcycle, exposing them to further risk.

The study made a number of recommendations, including: