We interviewed two of the new Advocates to hear about their work and their expectations for the training. 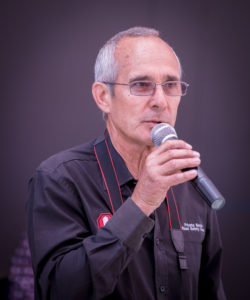 The Private Sector Road Safety Forum (PSRSF) act as a link between government and the private sector, pushing for accountability and implementing joint projects to reduce road casualties. They already work within schools in Windhoek, the capital of Namibia, doing safety assessments, implementing infrastructure improvements and school patrols, and educating the students—they estimate that, so far, they have trained 17,000 primary schoolchildren in road safety and, in partnership with police, have trained schoolchildren in eight schools as patrol guards.

“We want to learn how to do better assessments,” says Horst Heimstadt, about the Alliance Advocate training. “We have done assessments but we have not had any official training. We are familiar with the iRAP concept but have never used it, so I am particularly interested in the Star Rating for Schools tool.”

Horst’s plan, after the training, is not only for PSRSF to use the tools itself but to train other organizations in Namibia to use them too. Says Horst, “Namibia is a huge country with few people. It makes it hard to do projects in the north of the country especially without funding. So, rather than us do the projects, we can train partners located there.” 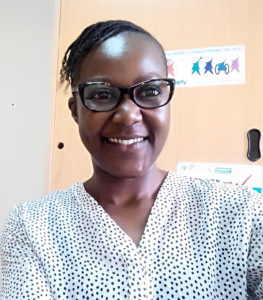 Humanity & Inclusion (Hi), formerly known as Handicap International, works alongside people with disabilities and other vulnerable groups, focusing on their essential needs, improving their living conditions, and promoting respect for their dignity and rights.

In June 2017, an amendment to the Traffic Act was passed in Kenya, which should become operational this year. Stephanie says, “The act introduces safe school zones among other measures that seek to minimize the risks faced by children as they journey to and from schools.”

Stephanie hopes to use what she learns in the Advocate training to help move this legislation forward: “At the moment, it is not clear how aspects of speed-calming measures will be introduced to a number of high-speed roads servicing schools. From the mapping exercise for high-risk schools, I hope to draft a policy paper that informs the rules and regulations on how to identify roads servicing schools with high crash risks. This can then guide the roads authorities on which roads to prioritize and the nature of interventions they require.”