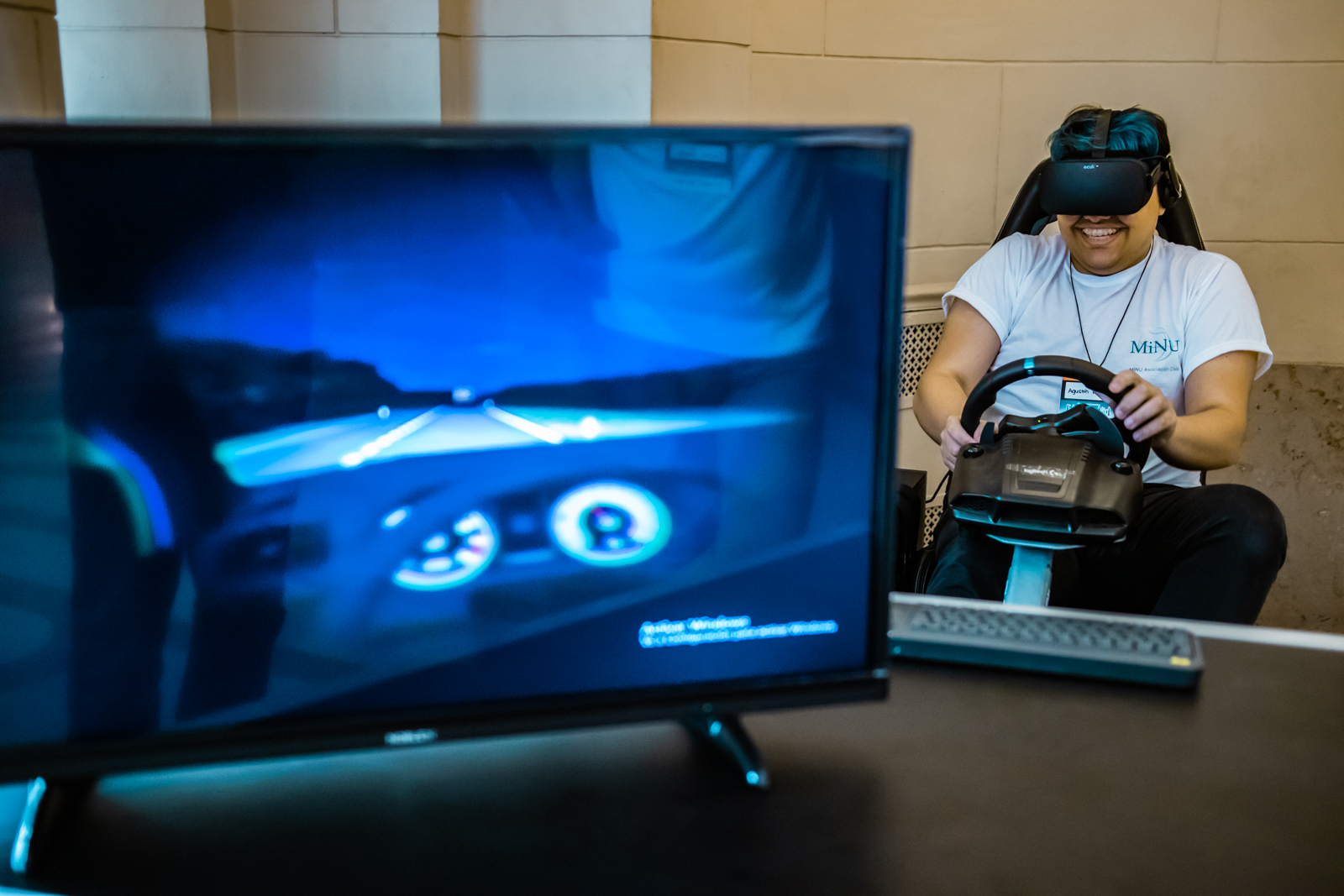 Associacion MiNU, Argentina, have been working to promote democratic participation among young people since 2003. Their name is a contraction from the Spanish for ‘internet model UN’ and their aim is to promote young people’s rights by enabling them and foster their participation as key actors in their societies

MiNU’s first engagement with road safety was in 2010, when Argentina set up a new national road safety agency. It ran a National Congress program to simulate creation of new road safety laws, similar to other UN and national government simulation programs the NGO has run since its inception.  Since then road safety has become one of the three key focuses of MiNU’s work. “We were the black swan among road safety NGOs,” says Martín Galanternik, Founder of MiNU, “It isn’t common to do road safety education without having that background.”

“Road safety is a key issue [for young people],” he continues. “We aim to empower those who could be key advocates. Before, the approach was just to tell young people what to do, but that was far from reality: instead of heeding what they were told, they were still going out for a drink at the weekends and not making good decisions about how to get home again. MiNU’s whole approach is about experience: we apply the same to road safety.”

We discussed with Martin how MiNU engages youth and what it has meant for their organization.

The road safety programs themselves follow the same principle as MiNU’s other programs using peer-to-peer learning and teachers do not participate. “Students are free to participate and make mistakes, doing their own research.” The programs start with games and learning to help participants understand road safety. The timeframes are flexible depending on how school timetables are set up but usually include three blocks of activities. Once participants have an understanding of the issue, they then work in groups to choose a risk area and produce their own road safety campaign which might be a poster or a video clip. Each year, MiNU runs a competition among those groups who have participated. The group with the best video script will see its script recorded and edited by a professional editor and the best poster is printed professionally and distributed among all 300 participating schools.

Crucially, all the sessions that MiNU runs in schools and colleges are facilitated by young people who have themselves gone through the program. The average age of the volunteers is 18–20 and participants are usually aged between 15–18. “I’m 38,” says Martin, “I don’t speak the same language anymore. Young people use different language and different technology. It is better that they find their own ways to explain.”

MiNU currently has 60 volunteers overall, 15 of whom work within the road safety part of the organization. Road safety is a popular choice “because it has the best technology” such as simulators for distracted driving, and possibility for travel. Typically, volunteers stay with the organization for between one and two years, although some have been volunteers for four or more. Martin says, “if a volunteer stays engaged for six months, they will continue.” Maintaining volunteer networks, especially among young people, is important: “It’s all about friendships and going out: a social approach. We keep in touch with them and build connections.” All volunteers receive intensive training but learning by doing is the main philosophy.

Programs are always developed in consultation with volunteers and sometimes volunteers have started their own programs: “It is part of our DNA,” says Martin. “We have to think about those who are going to present these programs. If volunteers are bored, students will get bored.”

MiNU’s experience shows that young people can and will engage meaningfully with the road safety agenda if they feel ownership for it. Read more about MiNU and its team HERE.

MiNU are a member of ROLIEV, a network of NGOs promoting road safety education in Latin America. Find out and register for ROLIEV’s upcoming online conference HERE.