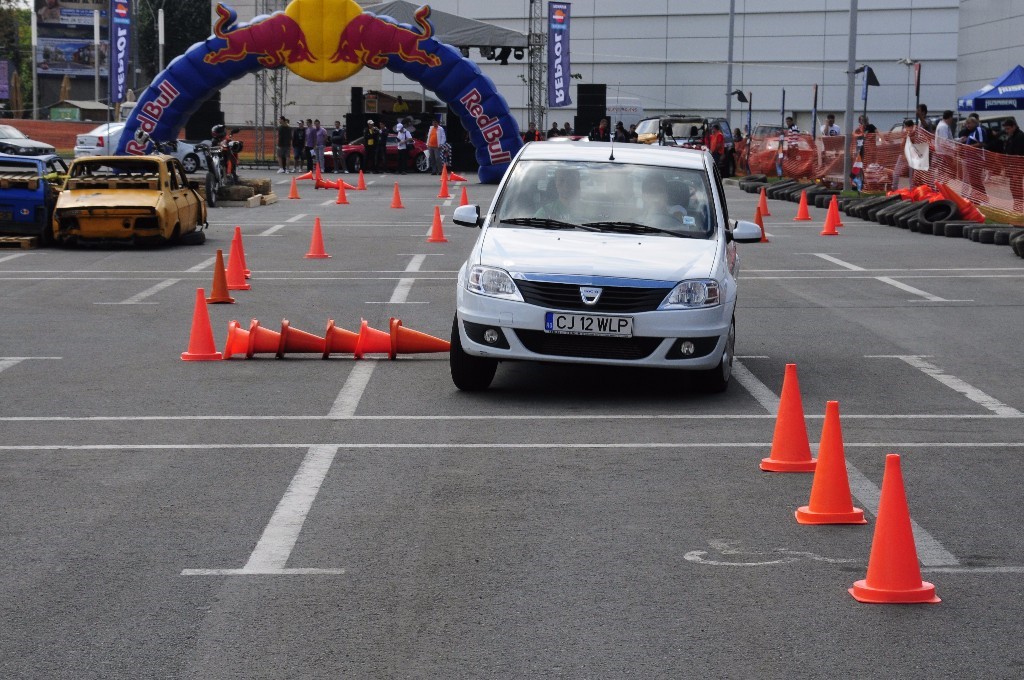 Alliance member Asociatia Siguranta Auto, Romania have made it their mission to educate the Romanian public to consider safety when buying a car.

Founder, Virgil Mihailovici, is passionate about car safety and the role of cars in protecting road users. As a former journalist who worked for motoring publications, he spent many years reporting on new car models. He became interested in how those cars protect road users. “A car is just scrap metal with safety features to protect lives,” he says, “[when you buy a car,] you buy a level of comfort and a level of safety.” While working for a German motorsport publication, he met the producer of a German emergency-call reality show called Notruf. He was impressed by the show as a way of promoting safe road habits and looked for a way to introduce road safety awareness to Romania. Using his own journalistic background, he came up with the idea of a magazine, Siguranta Auto.

The magazine is published every month and distributed through car showrooms, mainly in Bucharest, but also in other regions in Romania; 1,000 copies are produced each month. The primary purpose of the magazine is to educate consumers to consider the relative safety features when they buy a car. It compares different brands and runs articles on different car models. It also contains campaigns on risk areas, such as seat belts and drunk driving, and 12 pages of the 52-page publication are aimed at children, dedicated to road safety issues that affect young people, including why it is important that they use a car seat or wear a seat belt, why they should pay attention while crossing the street, and basic first aid. The children’s section acts as a hook to parents to read the rest of the magazine and has also led to the NGO producing magazines and running campaigns in schools.

Educating consumers on this is a difficult job. Most people, he explains, are not interested in safety features when they buy a car; they are concerned with the color, the price, whether it is a sporty model, etc.

To promote the issue further, each year, Asociatia Siguranta Auto runs a defensive-driving demonstration with a car manufacturer.  This is an opportunity to bring consumers’ attention to cars and road safety and how defensive driving can help avoid crashes. It also raises the profile of the wider road safety agenda and the NGO’s other campaigns, while providing an opportunity to teach basic first aid skills.

Virgil has found the car manufacturers to be very receptive to his interest in promoting safety. He obtains his data from the car manufacturers, by speaking with executives and the designers responsible for safety, from other research organizations such as NCAP, and by quizzing the manufacturers’ representatives in Romania when a new car is launched in the country. This last aspect is important, because cars designed to be marketed in Romania will be a different specification from those designed for other markets. The manufacturers take account of factors such as the need for harder suspension to cope with the different road surfaces there. Sometimes these adaptations may also affect safety features. Furthermore, as Virgil points out, car safety is never static. Even small changes to components can alter the gross weight, thus affecting the efficacy of the safety features. He talks as well about how our vision for safety will be further challenged in the future as we adapt to driverless features.

Asociatia Siguranta Auto’s campaigns also span wider issues. They ran their first campaign in 1994, focusing on seat belt usage, and have continued to run 8–10 campaigns per year using posters and flyers on key risk areas ever since. Many road safety NGOs will recognize their challenges. Back in 1994, says Virgil, “Romania did not have a tradition of road safety. Now they do not have time to hear the message.”

For Virgil, road safety is much like Asociatia Siguranta Auto’s logo, which is a safety pin: “Safety pins are like rules: if you respect them, it helps you, but if you do not, it hurts you.”

We wish Asociatia Siguranta Auto well with their mission to educate consumers in Romania and to keep manufacturers accountable for the car models they sell there. Read more about the NGO HERE.