Crossing guards save young lives from Chicago to Denmark 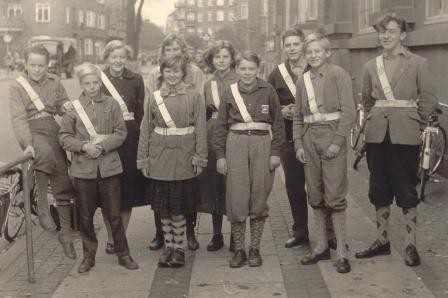 First implemented in 1949, there are now more than 20,000 students on duty as school patrols each day in Denmark.

The world over, schools and traffic authorities have recognized the need for crossing guards in school zones and are working together to integrate them into school safety systems.

Crossing guards graced the cover of a recent edition of The New Yorker, which featured the lives of dedicated volunteer crossing guards who escort young students across the busy streets of Chicago as they walk to and from school. In Chicago, the crossing guards are police employees who were hired by the city when fifty schools closed in 2013, lengthening the daily walks, drives, and bus rides of thousands of students to reassigned schools through neighborhoods identified as gang territory.

In Denmark, school children themselves serve as volunteer crossing guards—or “school patrols.” At approximately 50% of all schools in Denmark, a well-established system of school patrols will assist their peers to cross the road at critical traffic points near their schools.

It is estimated that 20,000 students are on duty for school patrols each day in the morning and in the afternoon across the country. They receive training from the traffic police and road authorities before they venture into their active role as guards for their friends, and are well equipped with reflective vests and signs. Further, they enjoy duly earned respect among their peers and other road users. Oftentimes, schools will organize parties or field trips to give thanks to the school patrols and celebrate another school year gone by without any traffic fatalities.

A big thanks to the volunteer crossing guards, whether adult or child, around the world who help protect young lives every day!