Breathalyzers, ‘Bobs’, and BAC: Africa Night Without Accident is next week 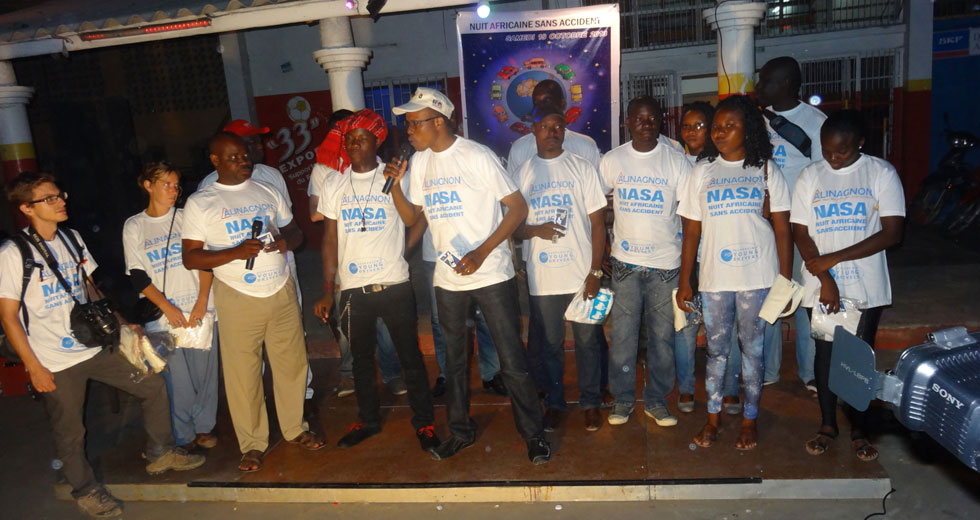 Africa Night Without Accident (ANWA) and the European Night Without Accident (ENWA) takes place every year on the third Saturday of October. This year the event will be on 15 October 2016. ANWA began in Belgium in 1995 by the NGO “Responsible Young Driver” (RYD) and the event spread throughout Europe in 2003. The first African edition was held in Parakou, Benin in 2012 by the Alinagnon NGO, in partnership with RYD and RAJSER. The activity brings together volunteers to raise the awareness of road users about the influence that alcohol and drugs have on driving.

In Benin, small teams of volunteers are given breathalyzers, hats, pamphlets, and shirts to distribute information at bars and offer breathalyzer tests to customers. If the designated driver (called a ‘BOB” in Benin) has a BAC under .5, they receive t-shirts and other gadgets.

If your NGO would like to organize an activity for the events, you can find information from the Benin Aliniagnon NGO in English HERE, or French HERE. You can modify the information according to your own country’s socio-cultural background.