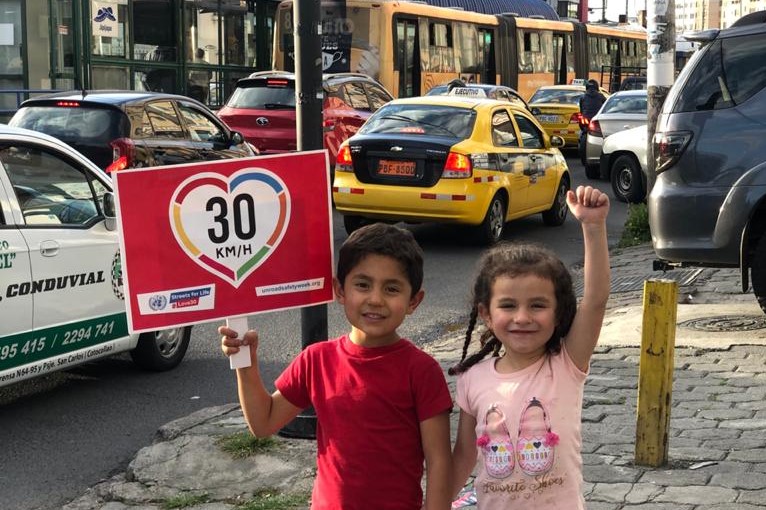 In Ecuador, Fundación CAVAT are celebrating inclusion of 30 km/h in a new traffic law, that is currently passing through the two chambers of the National Assembly.

The NGO has been advocating specifically for 30 km/h limits for urban areas since 2017, without success, until now. The new traffic law has provided an opportunity to get 30 km/h limits included into national legislation.

The amendment was finally accepted in February 2021 when the proposal was formally entered into the National Assembly. The new law, including the clause for 30 km/h limits, has now been sent to Ecuador’s president for approval. Once this approval is received, it will proceed to the official registry to be legislated. CAVAT hopes the approval process will be swift, as the current presidential term comes to an end on the 24 May 2021.

Having worked closely with several Assembly members to gain their commitment to the cause, CAVAT presented the case to Assembly members on three separate occasions to help secure this change to the national law. Emphasis was placed on the importance of reducing speed limits around schools to avoid crashes and fatalities.

The new law is national, imposing a 30 km/h limit for residential urban areas and a 20 km/h limit around school zones.  These locations will be identified and categorized, and the relevant traffic calming measures will be put in place, including signage and public awareness campaigns.  This is an update to the existing national law of Land Transport, Transit and Road Safety which also includes issues such as the wearing of helmets for motorcycles and mopeds, plus adding road safety education to the school curriculum.