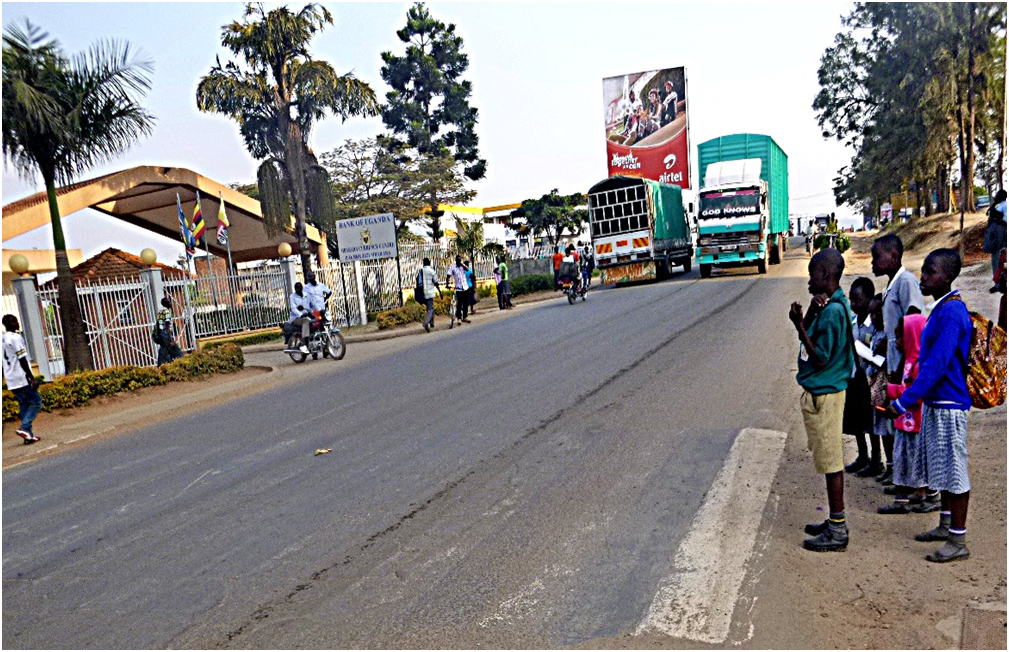 As part of a global initiative that mobilizes youth around the world to research and present possible solutions for child and youth development issues, Alliance member Uganda Red Cross Mbarara sought to understand the extent to which road safety is actually implemented in schools and to unveil current challenges and opportunities to further promote child safety on the roads.

Some interesting findings resulted from their research.

For example, focus group discussions with the primary school students disclosed the perception that road crashes are unavoidable and caused by “Satan.” Around half of children in focus groups cited churches and mosques as having an important role to play in the prevention of traffic crashes. Most also could not give the correct answer for how to cross a road (by using the zebra crossing line). Overall, the research unveiled that the students had very limited knowledge of safe road user behavior.

Focus group discussions with the teachers and other key actors demonstrated inadequate training for teachers to effectively impart knowledge and skills to their students. For example, nearly all primary school teachers who participated in the focus group stated that they lacked confidence in teaching road safety education.

Further, teachers stated that the current primary school curriculum is too overloaded and does not accommodate extracurricular activities that could help to reinforce the safety information.

The research findings were presented to the Mbarara district authorities so that government can take decisive action to address these barriers that are preventing policy—mandated road safety education in primary schools—from being implemented properly.