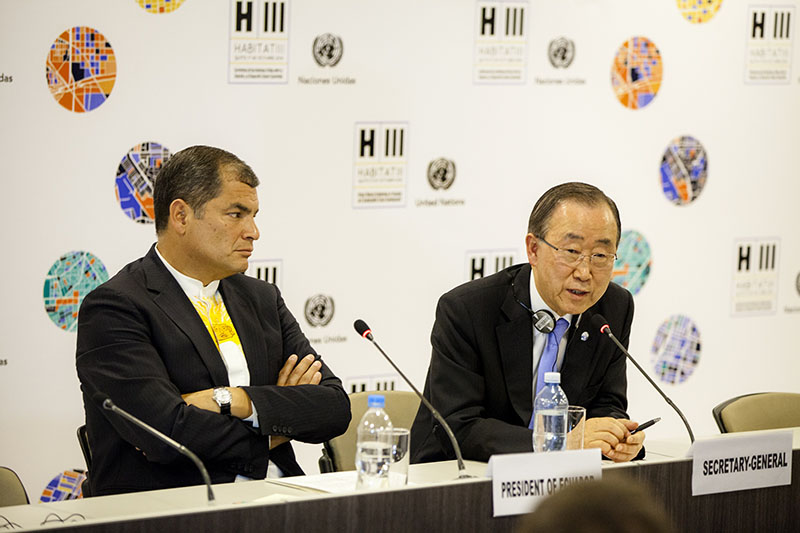 The conference was aimed at tackling issues facing the world’s urban dwellers and fast-expanding cities. The outcome of the conference is a strategy called the New Urban Agenda (NUA). The NUA Declaration is a result of an inter-governmental negotiation that concluded in September. It recognizes the importance of the Safe System approach to tackling urban road safety, highlights motorcycle safety as a particular urban priority, and urges action on air pollution and energy efficiency for vehicles.

The NUA sets out an ambitious vision of compact cities, transit-oriented development and growth that seeks to rebalance the world’s rapid urban growth, avoid the pitfalls of overcrowded, under-planned mega-cities and proposes guidelines for building “just, safe, healthy, accessible, affordable, resilient, and sustainable” cities for all.

The New Urban Agenda is a non-binding document that will provide guidelines for countries and organizations that sign up to its commitments, meaning it will ultimately depend on willing and proactive governments to create effective public policies that make cities less unequal and more sustainable.

Critics argue given the gravity of the issues at hand, that the summit and the NUA fall far short. What is needed, they say, is a more concrete plan of action to make a difference.

Many believe that Habitat III and the meeting in Quito will be pivotal in forging new urbanization strategies. The problem, critics say, is a lack of measurable objectives to keep governments accountable to their commitments in a meaningful way.