Theme: NGOs and Funding from the Alcohol Industry 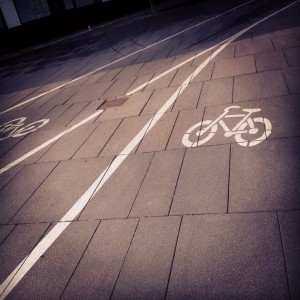 This week the Alliance has asked some questions to Marcus Grant,  first President of the International Center for Alcohol Policies, supported by major beverage alcohol producers – a post he held for 20 years until his retirement.

What is the alcohol industry’s main standpoint on collaboration with public health partners on road safety?

The alcohol industry is made up of lots of different companies and trade associations, with a range of different points of view.  In the same way that there isn’t “one NGO standpoint” there isn’t “one industry standpoint”.  But the major international alcohol producers have a long track record of working on road safety issues with public health partners – both globally and locally.  There is a limit to what companies can do working alone, and in any case many people might be skeptical about industry-only programs.  If they are serious about wanting to reduce transport-related injuries and fatalities and in particular to combat drunk driving – as I believe they are – then they are likely to be much more effective if they can collaborate with like-minded public health bodies.

What would your advice be to an NGO that is considering receiving funding from the alcohol industry?

The main issues, as I see it, are transparency and control.  It should be clear to all stakeholders, and to the public at large, where the funding comes from and under what conditions it is being provided.  It should be clear how the industry partner is allowed to refer to their provision of funding and to any other involvement that they have with the delivery of the road safety program.  Most importantly, it should be clear that the program is being run by the NGO to achieve its objectives and that the industry partner is helping to facilitate that, but that the industry partner has no control over the delivery of the program or the reporting of its results.  Obviously, while the provision of funding is being discussed, any possible areas of misunderstanding should be fully explored and their resolution incorporated into whatever agreement exists between the parties.  Provision must exist for either partner to withdraw from the arrangement under agreed circumstances.  In other words, just as the industry partner must be convinced that the NGO can do a good job with their money, so the NGO must have safeguards that their reputation is not being compromised.

Marcus Grant was born in Scotland and educated at Pembroke College, Cambridge University. In 1973, he joined the Alcohol Education Center, London, and subsequently became its Director. He joined the headquarters staff of WHO in Geneva in 1984, where he was responsible for global activities on the prevention of alcohol and drug abuse.  In 1995 he left WHO to become the first President of the International Center for Alcohol Policies, which was based in Washington D.C. and supported by major beverage alcohol producers – a post he held for 20 years until his retirement.  He was also Chairman of the Global Road Safety Partnership in 2002-2003.