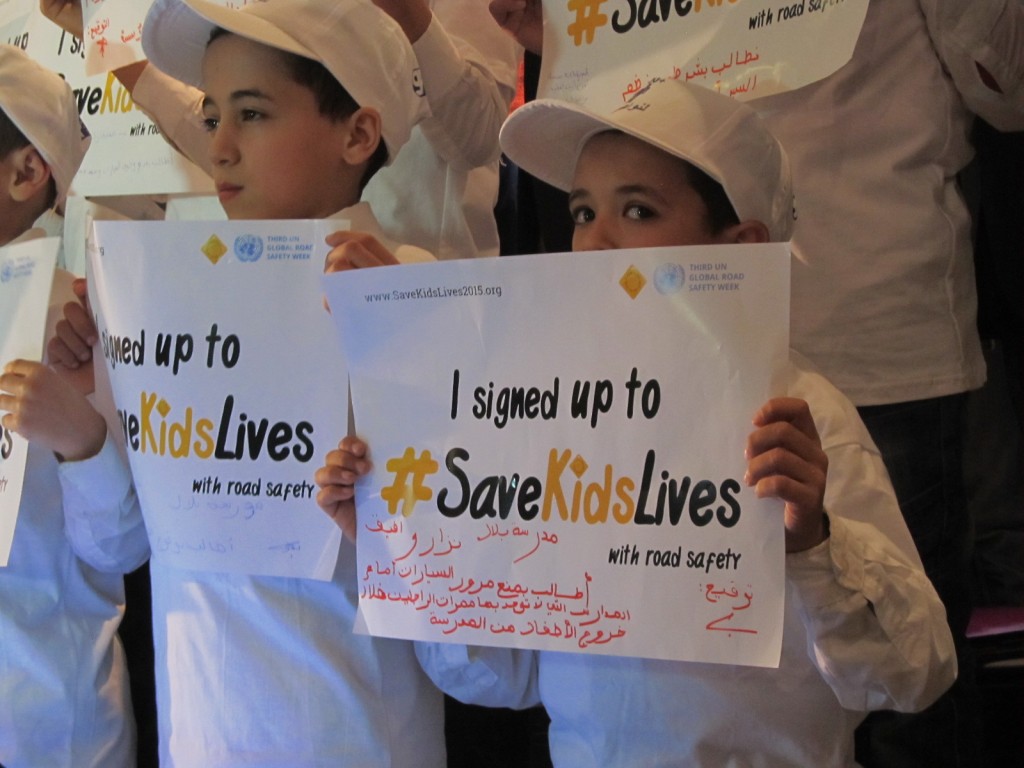 #SaveKidsLives is the worldwide campaign for the Third United Nations Global Road Safety Week in May 2015. The campaign calls for action to save children’s lives on the roads around the world.

The Alliance has a few grants available for Alliance members to collaborate with media to highlight stories or programmes produced by children on road safety.

The main objective is to draw attention to road safety by having children serve as reporters documenting the dangerous situations they are exposed to on a daily basis and featuring their reports in prominent media.
The activity aims at producing one story or a series of stories on road safety and children; authored by single children or a group of children; to be run ideally on  television, but also on radio, print media or social media; before, during or after the week of 4-10 May 2015.

We are looking for 5-10 NGOs from different countries and different regions to collaborate with media to highlight stories or programmes produced by children on road safety.  One grant will not exceed $1000 USD.

Each selected NGO will deliver to the Alliance’s secretariat at least one or more of the following products (or links to these on the media’s web site) developed according to the Step-by-Step guide. All products produced by grantees will be used for media outreach by World Health Organisation and the Alliance to contribute towards drawing attention to the urgent need to better protect children on the roads and generate action on the measures needed to do so.

To apply for the grant, please submit maximum 1 page describing 1) your planned activities with specific reference to above deliverables, 2) which country you intend to implement in, 3) your budget (grant is max $1000 usd).

Applications should be submitted to admin@roadsafetyngos.org no later than 1 April 2015 8am (GMT).