On the Brink of a Breakthrough for Safer School Journeys 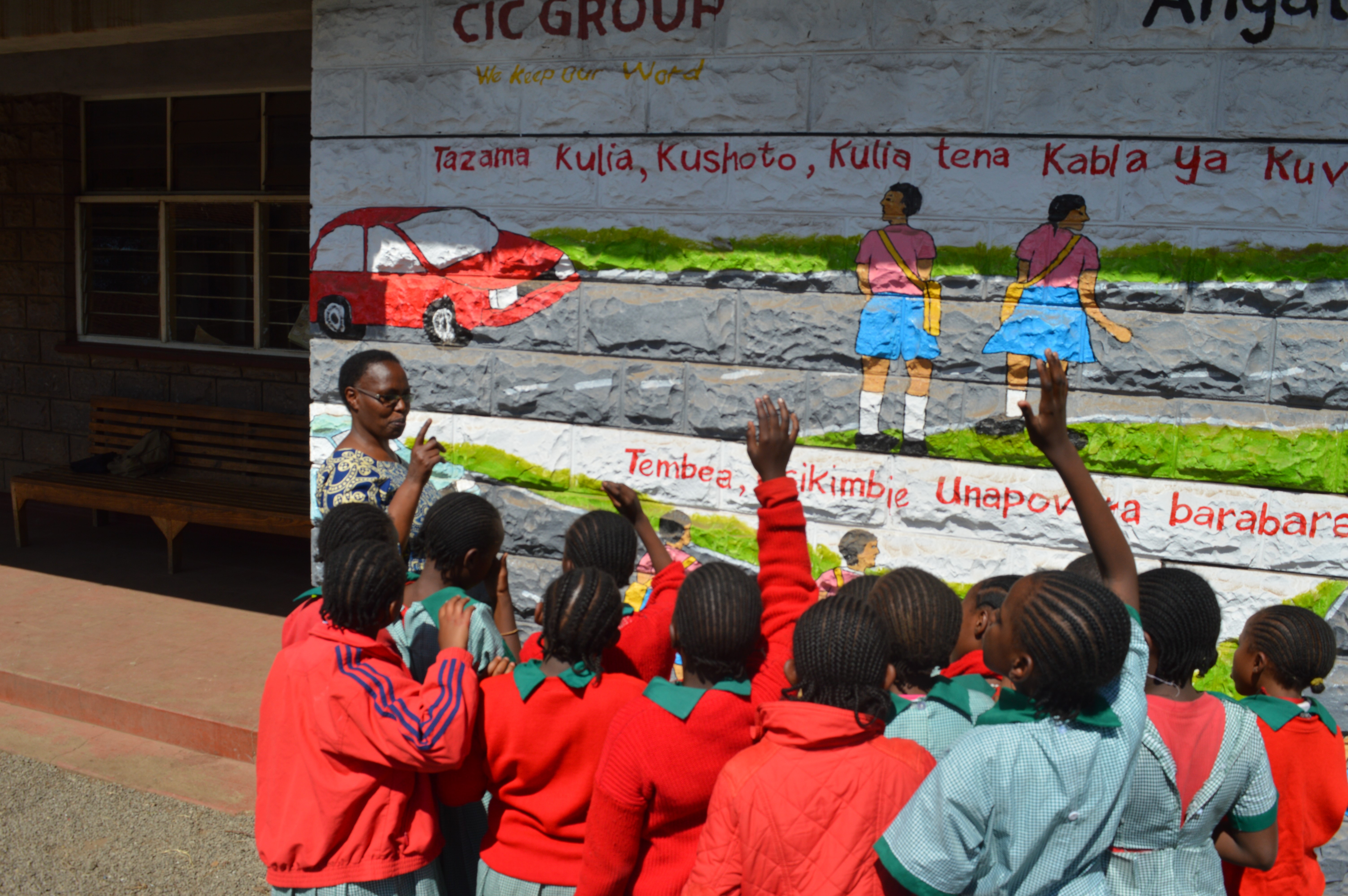 Alliance member Usalama Watch Initiative is on the brink of a major breakthrough in Kenya. Because of their advocacy, a national bill to ensure children a safer journey to and from school has passed its final reading in Parliament. It now needs only to be presented formally by the Attorney General for Presidential Ascension before coming into law. 70% of Kenya’s 10 million school children walk to school each day and, in the past five years, 2,000 children have died in road crashes. The new law will save lives and ensure the safety of all school children in Kenya. It mandates:

Usalama Watch Initiative and their consortium of stakeholders also campaigned for a reduction in the speed limit outside schools during school hours from 50 kilometers per hour to 30 kilometers per hour, along with statutory fines for those who exceed the limit, but sadly this was rejected by the Transport and Infrastructure Committee which is the parliamentary committee tasked with putting the bill forward for debate.

Usalama Watch Initiative runs a national school safety program, and each school term, they receive reports from head teachers seeking their intervention to help combat the large number of road traffic injuries and fatalities among children. Their practical work in schools demonstrated the need for greater consistency and for the government to take responsibility for the safety of children around schools.

A cohesive voice was needed to tackle the root problem of the safety of children on roads in Kenya. From the start of the advocacy initiative, Usalama Watch brought together and coordinated organizations that had an interest in reducing injury among schoolchildren. They formed a consortium and the main task force including Usalama Watch Initiative, ASIRT-Kenya, Gertrude’s Children’s Hospital, and Handicap International. The campaign harnessed the different organizations’ strengths, resources, and contacts to advocate for the bill’s passage.

To achieve their aim, they first had to gather evidence. They sought answers to the question “what causes injuries to children?” and discovered that the point at which injuries occur is when children cross the road to and from school. Additionally, many schools had no safety measures to slow traffic and no signage to remind motorists to slow down. They saw that there was no standardization around children’s school journeys and no legal obligation for the authorities to ensure that children arrived to and from school safely.

In Kenya, there are three ways to bring a bill to Parliament: one is through a government bill, the second is through a public petition of a million signatures to oblige the speaker to discuss a matter in Parliament and the third is through a private members’ bill. Usalama and their partners chose the latter and the MP for Laisamis, Joseph Lekuton, was approached to sponsor the bill in Parliament.

After its drafting, the bill sailed through pre-publication, and Usalama and their partners began a wider lobbying campaign to ensure that the bill would receive support in the first reading. They targeted various parliamentary committees that they believed should be sympathetic and would support the case, such as the Education Committee, Human Rights Committee, along with women in Parliament. They held meetings with government agencies, including the police and Ministries of Education, Transport and Health. They used the media to create awareness and to address key emerging issues voiced by the parliamentarians and at the same time to exert pressure. In tandem, they began a public campaign through radio, television, and social media and attended different events to promote their cause. For example, if there was a Children’s Day event, they would attend to create awareness to this target group.

When the bill passed the first reading, it was sent to the Transport and Infrastructure Committee for review and recommendations, which would then be taken to the second reading. This was a critical stage. Usalama Watch and their partners needed the support of this committee or key clauses of the bill would be defeated. They engaged the committee, giving empirical statistics on the causes and impacts of road crash injuries and deaths among children in Kenya. They also provided evidence to the committee and were successful in convincing them of the necessity of safer buses and speed-calming measures, but unfortunately the committee decided that speed-calming interventions were sufficient to slow traffic, and the proposed reduction in the speed limit was not taken as a recommendation.

The committee’s recommendations were taken to Parliament for the second reading, which gave national Members of Parliament the opportunity to debate, the bill clause by clause. The bill was passed and is at the Attorney General’s office for the final preparation before it is presented to the president for ascension. This final stage is normally straight-forward, but Usalama Watch are hoping that it is completed before August, when general election results could stall its implementation.

We congratulate Usalama Watch for a campaign well fought, using an evidence-based approach, engaging relevant partners from different sectors, and employing a multi-targeted campaign to ensure that the bill had both public and parliamentary support.