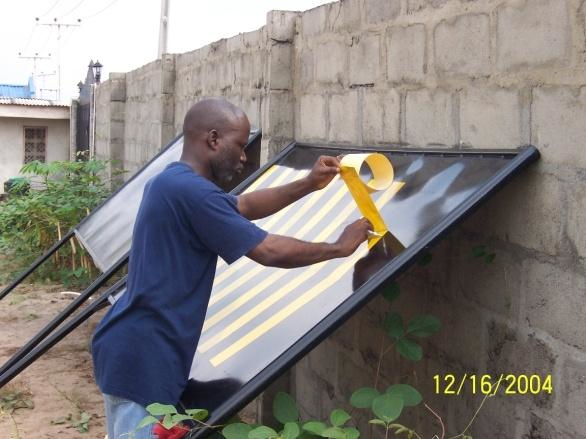 “Light Up the Night for Traffic Safety” is an initiative of Alliance member Safety Beyond Borders (formerly Safety Alliance) in Nigeria that urges and mobilizes Nigerians to use a $4 safety device—a pair of 45 centimeter-long reflective straps or tapes—to promote the visibility of their vehicles when traveling on the road at night. Car owners and drivers of large vehicles including trucks, petrol tankers, and trailers are requested to stick these reflective tapes on their vehicles so they can be seen from a distance of about 500 meters by other road users and consequently avert traffic crashes.

The campaign aims to address the high incidence of road traffic crashes, injuries, and fatalities that occur across Nigerian roads at night. In Nigeria it is popular to travel the country’s long distance corridors—which typically require seven hours of travel or more—at night which, in addition to poor visibility, comes with the risk of fatigue among drivers. These conditions result in a high occurrence of vehicle crashes and the loss of many lives. The negative trend is made worse by the lack of streets lights and road signs on most town roads and highways, as well as the poor state of vehicle rear lights which are often partially or totally mutilated or have lost their reflectivity due to prolonged use and old age.

Concerned with this dire situation, Safety Beyond Borders embarked on a search for an affordable and effective solution. The team traveled to the United States, where it is also popular for drivers of large vehicles to drive at night, to learn how the country ensures the safety of road users at night. Their discovery of the innovative use of reflective straps in the United States led to the birth of  the “Light Up the Night for Traffic Safety” initiative in Nigeria. The campaign commenced in 2002-2003, with Lagos State as its pilot location, and has since expanded.

The achievements of the project were carefully traced through a systematic monitoring of blind spots, comparing the incidence of night crashes before the campaign was launched to after the campaign roll-out.The findings are encouraging. For example, the crash rate at one blind spot located on the Third Mainland Bridge was reduced by over 92%—from an average of five crashes per month to one or two in five to six months.

Calculating the true reduction in traffic crashes and resultant injuries and fatalities across Nigeria since the deployment of the “Light Up the Night for Traffic Safety” campaign is somewhat difficult due to the challenging nature of the data gathering system. However, most drivers surveyed agreed that reflective tapes have drastically improved visibility during the night. Of the 500 polled vehicle owners and drivers, 85% stated that they can more clearly and quickly see vehicles with reflective tapes than vehicles without these devices when they are driving on the roads.