NGO Perspectives on the Ministerial Conference 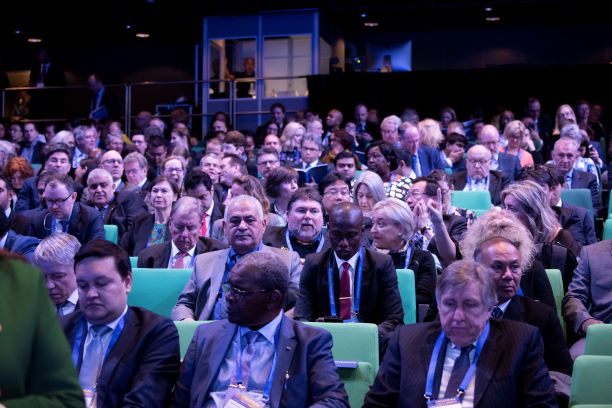 The primary focus of the 3rd Global Ministerial Conference on Road Safety was to gain commitment from national government decision makers from around the world for a new target to reduce road deaths and serious injuries by 50% by 2030. It was also a call to action for other stakeholders from bi- and multi-lateral organizations, the private sector, academia, and NGOs.

We asked Alliance member NGOs about their experiences and what it will mean for them in their road safety work going forward. Here are some of their views on the value and potential impact of the conference.

On the conference and delegates

There was an overall feeling among members that the conference was well organized and brought together important stakeholders to work together to achieve the target of reducing road deaths and serious injuries by 50% by 2030.

“Thanks to Sweden. They really nailed it. I was particularly impressed with the number of Ministers that Sweden had attracted.” Ratanawadee Winther, AIP Foundation, Thailand

“The conference was a wonderful platform with all stakeholders on board together.” Harpreet Singh, Avoid Accident, India

“I think it was a successful conference, as we were able to meet many transport Ministers from around the world…it would be great if health, justice, and education Ministers join next time.” Yolanda Domenech, P(A)T, Spain

“The Minister found it amazing to have all those high-level authorities from parts of the world gathered to fight this global epidemic…He was happy to see how tightly the authorities and NGOs were working.” Awa Sarr, Senegal

For many NGOs, the content of the sessions was a reminder, rather than new information, but was immensely valuable for educating decision makers whose roles encompass many areas as well as road safety.

“Although the content and the messages at all the sessions are what we were already familiar with, it was great to see how they were presented and put together in a systematic way…I got some ideas of what I should prioritize in my work.” Ratanawadee Winther, AIP Foundation, Thailand

“The first day of the conference from my point of view was disappointing. I was expecting to hear about the new global plans for beyond 2020 and also why we could not reach the expected Decade of Action (for Road Safety 2011–2020) results…The second day of the conference was much better and during parallel sessions, I was able to find some answers to my questions.” Ali Zayerzadeh, Road Safety Pioneers, Iran

“There were so many interesting topics; difficult to choose between them and to go deep into the issue. The post-crash panel only talked about emergency response, it is important to talk also about investigation, justice and reintegration into society to really avoid secondary traumatization.” Yolanda Domenech, P(A)T, Spain

Some key moments were noted:

“The closing ceremony was the best moment of the conference where Lotte Brondum, Etienne Krug, and Raquel Barrios hit the point and insisted that we are tired of fake commitments…enough is enough.” Ali Zayerzadeh, Road Safety Pioneers, Iran

The role of civil society

There was a sense that the role of NGOs and recognition of their contribution as partners in the road safety targets is growing. This was borne out by Swedish government’s willingness to include NGOs in the planning of the conference.

“I also felt at the conference that our presence and our voice [as NGOs] together was strong. I think it should be apparent to Ministers and other stakeholders that we are one of the key partners for improvement and change.” Ratanawadee Winthur, AIP Foundation, Thailand

“[The Minister] added that he was happy to be at the conference with an ‘icon’ of road safety like me, from the NGO world, as part of the official delegation.” Ndeye Awa Sarr, Laser International, Senegal

Many NGOs were pleased with the commitment shown by their governments, although others were disappointed that their decision makers had not attended.

“We validated a road safety action plan [with the Ministerial delegation from Senegal] that involves my organization. I will work tightly with them back home in the committee that will run the short term action plan.” Ndeye Awa Sarr, Laser International, Senegal

“I was happy because my country was present and I think there will be changes, and I will work to complete the commitments they made.” Sandra, Bien Argentino, Argentina

“The global conference is going to be a milestone in getting implementation of policies on the ground. The Indian Minister has agreed that road infrastructure and public transport are problems in our country, hence urgent action is needed to improve this as a priority. It is a very good sign and will result in better conditions in coming years.” Prerana Arora, People’s Trust Jaipur, India.

NGOs leave with a sense of purpose and a job to be done. We wish them well and look forward to hearing the results.

“We must have a gathering and learn from what we did during the last decade. Learn from other countries, not only from best practices but also from their unsuccessful stories. We don’t need to reinvent the wheel. Also, we need robust action plans and M&E systems to track commitments both at local and national levels.” Ali Zayerzadeh, Road Safety Pioneers, Iran

“The head has already committed Thailand to the Stockholm Declaration, In addition, he has given directive to the Thai ambassadors in New York and Geneva to support UN road safety resolutions…I look forward to seeing concrete actions leading to concrete results in Thailand.” Ratanawadee Winther, AIP Foundation, Thailand