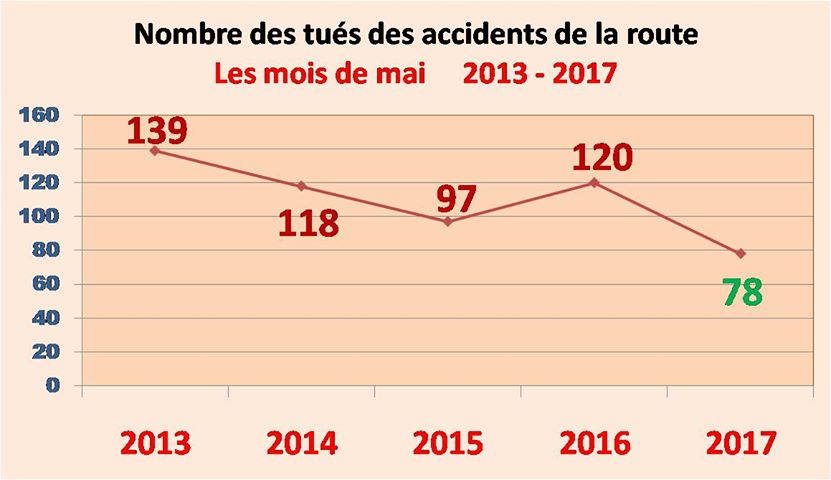 In April we reported on the new law that came into force in Tunisia, making it mandatory for drivers and front seat passengers to wear seatbelts.

Now, two months on, the first statistics are available and they show a clear reduction in road fatalities in comparison to the same month in previous years: a 34% decrease on the average road deaths in May over the past four years. This is a clear demonstration of the importance of seatbelts in reducing road fatalities.

The seat belt law came about following a campaign by Alliance member and Advocate, Ambassadeurs de la Securite Routiere (ASR). After the application of the law, they collaborated with the Ministry of Transport and Interior to measure the results and the impact of the law. They found that 89% of Tunisian road users were using their seatbelt in the first month – a great success. ASR’s campaign was identified as an effective tool in convincing them to obey the new law.

Says Afef Ghenia, ASR, “We had always believed and now we are more than convinced that the seat belt is an effective way to save lives in case of road accidents and to reduce the rate of gravity!”

Our congratulations to Afef and her team again for making the streets of Tunisia safer.