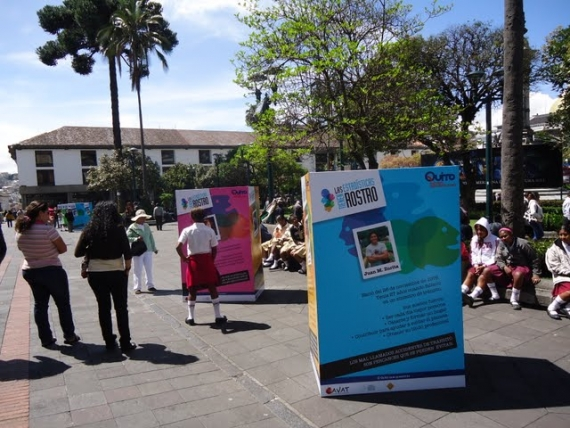 As part of our preparations for the World Day of Remembrance for Road Traffic Victims (WDoR), organized by FEVR, we interviewed a representative from one of the many Alliance member NGOs that commemorate the event, to find out why it is important to the NGO and what their experiences in previous years have taught them.

Fundación CAVAT “Nicole Paredes,” Ecuador, has organized WDoR events since 2011. During this time this organization has learned much about what works and what does not, and it has used this knowledge to improve its events each year. We asked Esteban Paredes, psychologist and workshop co-ordinator at Fundación CAVAT, to share his experiences.

“Our Foundation commemorates the WDoR because we consider it an important day to transmit the message that each one of us could be a victim, but also each one of us could be part of the solution. We believe that traffic crashes victims have shown us the path to follow against the improperly named ‘road crashes,’ because if you can avoid it, it is not an accident.”

How has the NGO commemorated previous WDoRs?

“We did a call to the victims and gathered them outside the government palace in Quito. As a custom, we read a manifesto that expresses that road safety needs to be taken seriously in our country and also [that we must provide] comprehensive assistance to victims. This manifesto is read in 15 other countries that constitute, with their 20 organizations, the Federación Iberoamericana de Asociaciones de Víctimas Contra la Violencia Vial (FICVI), where Fundación CAVAT is the founding partner.

“In 2015, we launched an awareness and prevention campaign named “Faces beyond Statistics” outside the Traffic National Agency, which is a visual campaign that presents road traffic crashes victims photographs, allowing the public to visualize the problem and raise awareness about it.”

In previous events, what worked and what didn’t work?

“In 2016, we did a campaign in the park with the Traffic Metropolitan Agency which included, among others, artists and TV presenters, with the intention of raising awareness to citizens about road traffic crashes and its victims. Unfortunately, we noticed that the event was more like a concert, and it did not reflect the feelings and awareness and the impact and change we wanted to generate.”

What will Fundación CAVAT do this year to commemorate WDoR?

“We will gather traffic crash victims, relatives, and government officials to read the manifesto.”

How have you engaged decision makers?

“Since we started, we engaged government officials with the core purpose of making them part of the change, and together, raising awareness about road traffic crashes and its victims. Through all these years, we have worked with the Mobility Secretariat, Traffic National Agency, and Ministry of Transportation.”

We wish Fundación CAVAT well with WDoR 2017 and hope that their experiences can help your organization to plan a successful event. Find out more about Fundación CAVAT HERE.