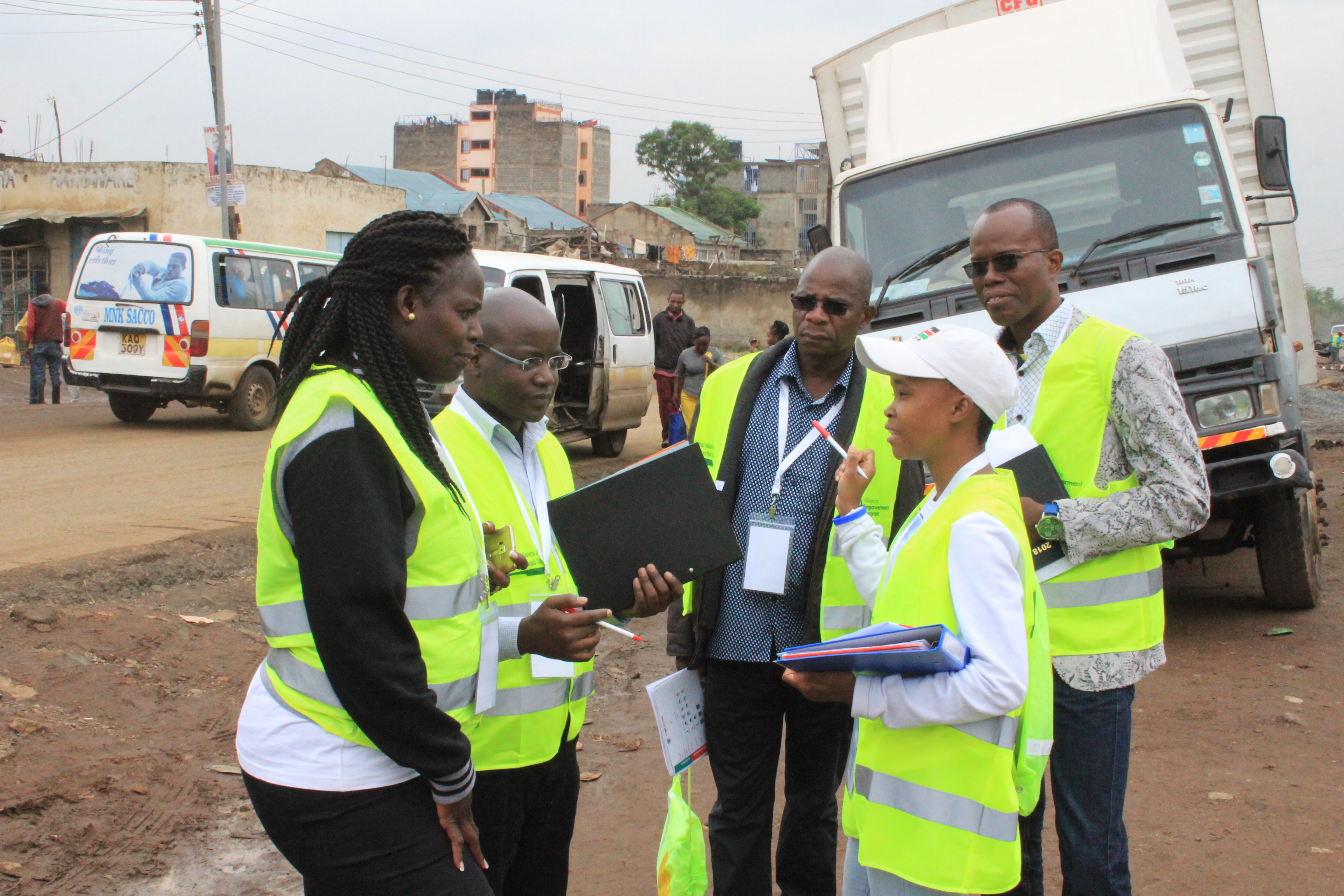 Data collection and analysis is a core element of the Alliance Advocate training. Without evidence, it is hard to convince decision makers of the need for action.

Advocates used iRAP’s Star Rating for Schools to build their advocacy messages and found that the roads around St Dominic’s School in Nairobi were one or two star rated at different data points.

What is a star rating?

Star ratings are a system—developed by iRAP based on road inspection data—and provide a simple and objective measure of the level of safety that the road provides for vehicle occupants, motorcyclists, bicyclists, and pedestrians. Five-star roads are the safest while one-star roads are the least safe. Three stars is the minimum standard recommended by the global road safety community. You can find out more about star ratings in our webinar series Let’s Get Minimum Three-Star Roads by 2020.

iRAP estimates that every incremental increase in star rating on a road, reduces road deaths and injuries by 50%.

iRAP have also developed Star Rating for Schools, a version of the star rating system designed for school zones.

How did the Alliance Advocates use Star Rating for Schools?

The Alliance Advocates are now identifying high-risk schools in their own countries to replicate the project that they completed in Nairobi. They will follow the same process of data collection and analysis and take their findings to decision makers to advocate for improvements around the targeted schools. The target is for 20 schools across Africa to be brought up to a minimum three star rating by 2018.