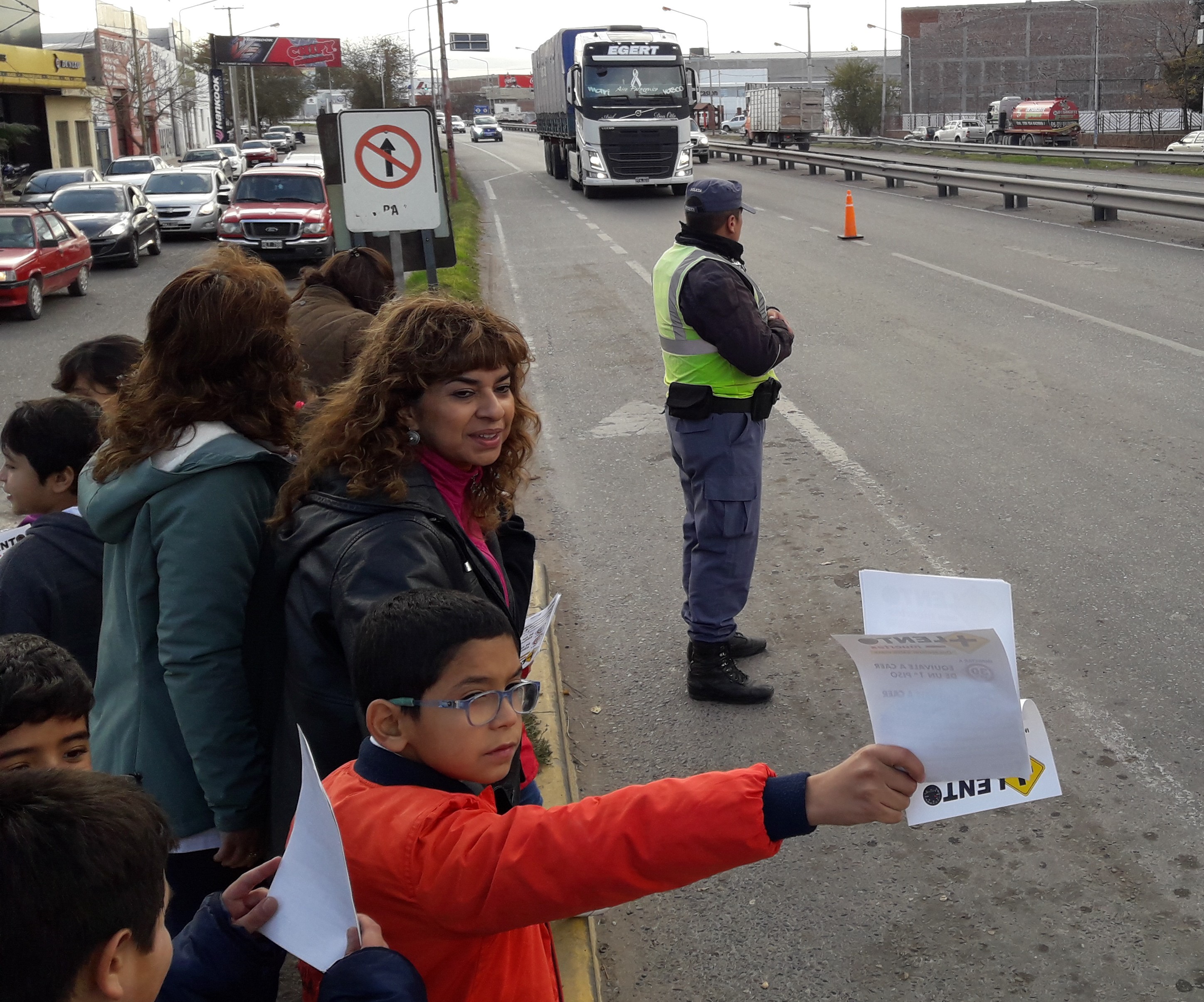 During UN Global Road Safety Week, residents of Neuquén, Argentina, are being greeted by 4.5 by 2.25 meter posters at the main arteries of the city reminding them to slow down. To make sure that the message is heard, Alliance member Bien Argentino have just completed three days of campaigning around the streets of the city.

Bien Argentino have been running preparatory activities for several weeks: taking #SlowDown photos with prominent figures, promoting their message via Facebook, promoting the campaign at an NGO event and sending invitations to their #SlowDown events. A key element of Bien Argentino’s strategy has been to engage partners: from influential individuals and organizations in the Neuquén province to school children – mobilizing a campaign that encompasses the most powerful and the most vulnerable in the city to distribute #SlowDown leaflets.

Bien Argentino have engaged key individuals and public bodies in Neuquen Province, including the Mayor and President of the City Council and the Director of SINAI, the National System of Administration of Offences.  Involvement of these key figures ensures media coverage. The more media coverage, the more people they can reach, and not only in the city, but throughout the entire province of Neuquén and much of Rio Negro. Sandra Torres, Bien Argentino’s founder, believes that this will enable them to reach a potential audience of more than 500,000 people. A few weeks ago, Sandra, shared a platform with the police Deputy Director on television channel 24/7 to promote the campaign.

Involving school children and giving them a role in the campaign is also strategic.  A safe journey to school is vital for the children and on a busy road, speeding is a big issue. To prepare the children, Bien Argentino have been running road safety activities at the school and reminding them of their role – to be aware of speeding traffic and to take care on the road. The Slow Down activity gives the children an opportunity to influence other road users. For motorists, children give the campaign a personal face and this should serve as a reminder to slow down every time they pass that spot.

Over the three days of activities, residents around the city have been asked to sign a giant pledge to slow down. The finished document will form a centerpiece of Bien Argentino’s UNGRSW outputs. On Tuesday, the campaign received the assistance of the police and troops on motorcycles while members of the Argentine Biennial and municipal officers distributed leaflets. Activities then moved to the local government offices for the city, where the campaign gained the support of councillors.

On the final day of the campaign, Bien Argentino’s #SlowDown activities focussed on the area around a school on the main route 22 into Neuquen where motorists frequently use excessive speed. With the assistance of the police to slow down the traffic, 170 children aged between nine and thirteen years old distributed leaflets to motorists at red lights. 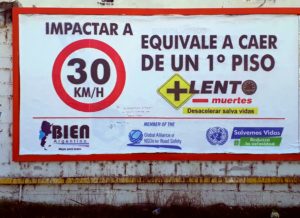 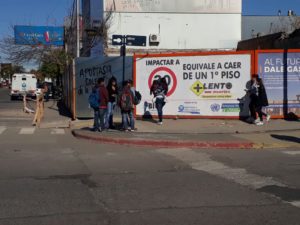 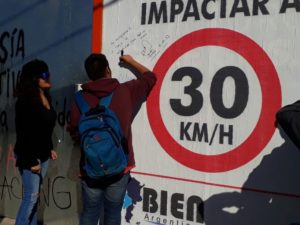 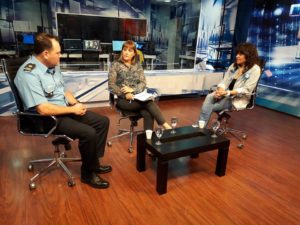 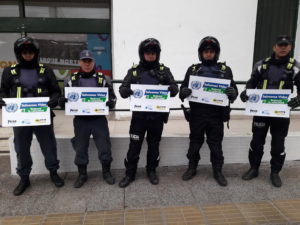 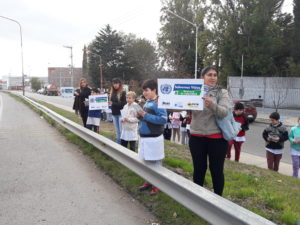 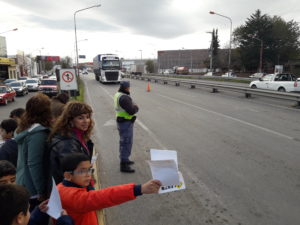 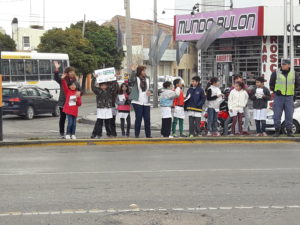 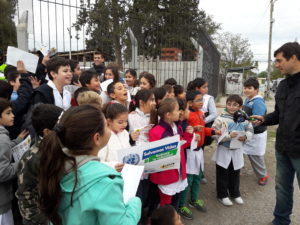